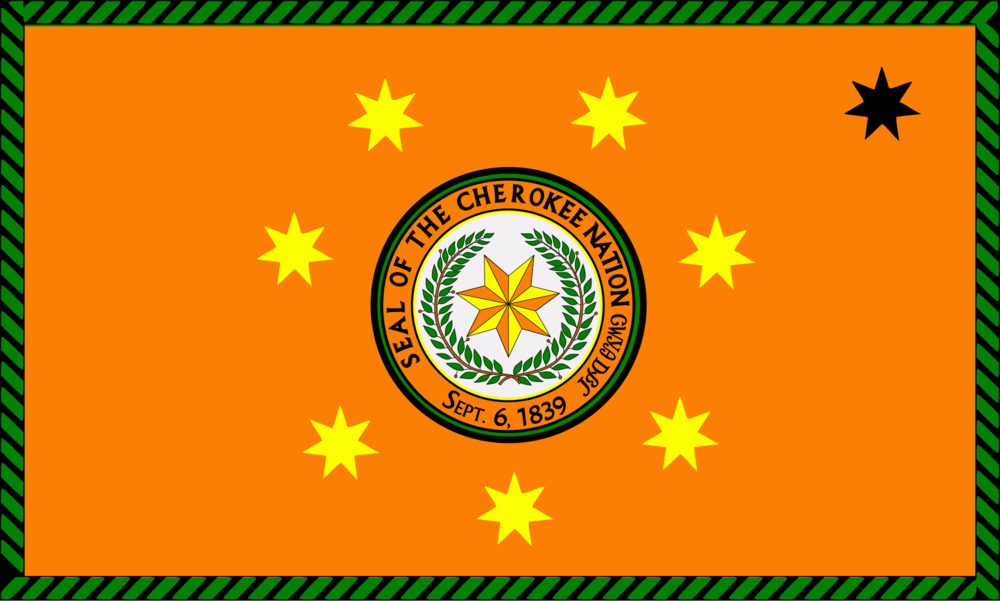 The flag of the Cherokee Nation (of Oklahoma)

Today’s “What’s In A Name?” is about a small but important creek and was submitted by listener Mitch Payton.

According to Elaine Deniro of the Roswell Historical Society, Willeo Creek got its name from a Cherokee family that used to live and farm near the creek in the late 18th Century.

Captain “Willeyoe”, a member of the family, took part in the Battle of Horseshoe Bend against the Muscogee (Creeks) in 1814.

The captain's family had moved away from the area by 1831, when a dividing line between the Cherokee Nation and the land of the white settlers was established.

This agreement didn’t last, and in 1835 the US government claimed the Cherokee lands by a treaty. In 1838, the Cherokee (along with other southeastern tribes) were forced to walk the “Trail of Tears” and resettle in designated tribal reserves in Oklahoma.

Today, names like Willeo Creek are all that remain of the Cherokee in Georgia.