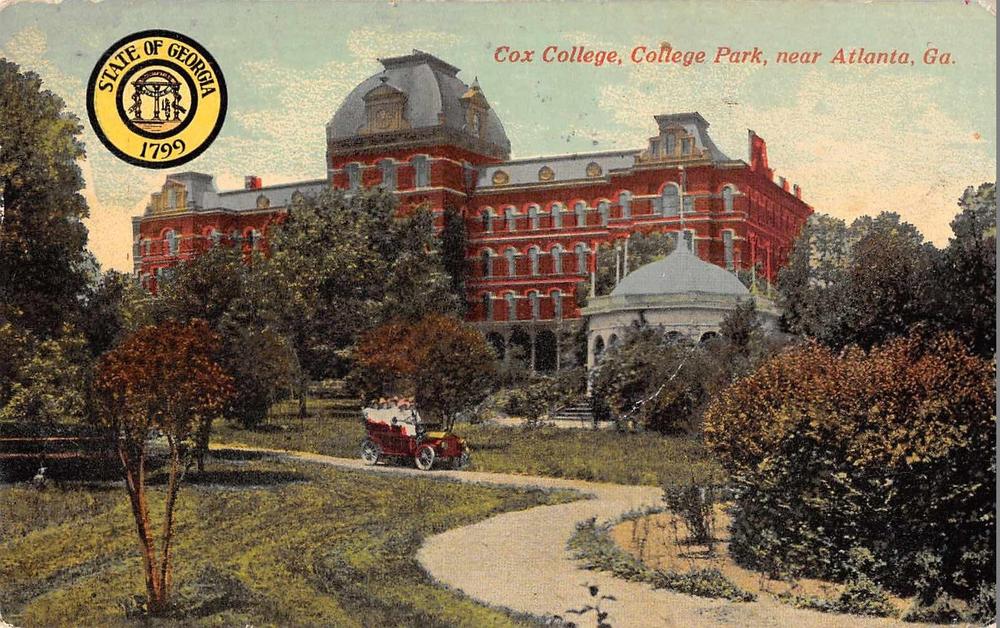 In this "What's In A Name," we answer a question from a listener "Djam" who wrote on our website.

Djam was curious about the origins of College Park's name.

GPB's Rickey Bevington on the history of College Park, Ga.

College Park is located southeast of Atlanta, and is notable for being in both Fulton and Clayton counties. It is often referenced in the music of Outkast, whose native East Point is located just to the north of College Park.

According to Kimberly Kennedy Davis' book "Historic College Park," the city used to be called Manchester but changed its name when a women's college moved to town.

In 1895, the prestigious Cox College moved to the city from LaGrange and the community was renamed College Park to reflect its new status as a center of education.

The former site of Cox College is now occupied by the College Park city hall, but the city's other center of education, the Woodward Academy (formerly the Georgia Military Academy), still stands.

Today, College Park is home to the headquarters of Chick-fil-A and Express Jet Airlines. Hartsfield-Jackson Atlanta International Airport is next to College Park and is integral to the economy of the city.