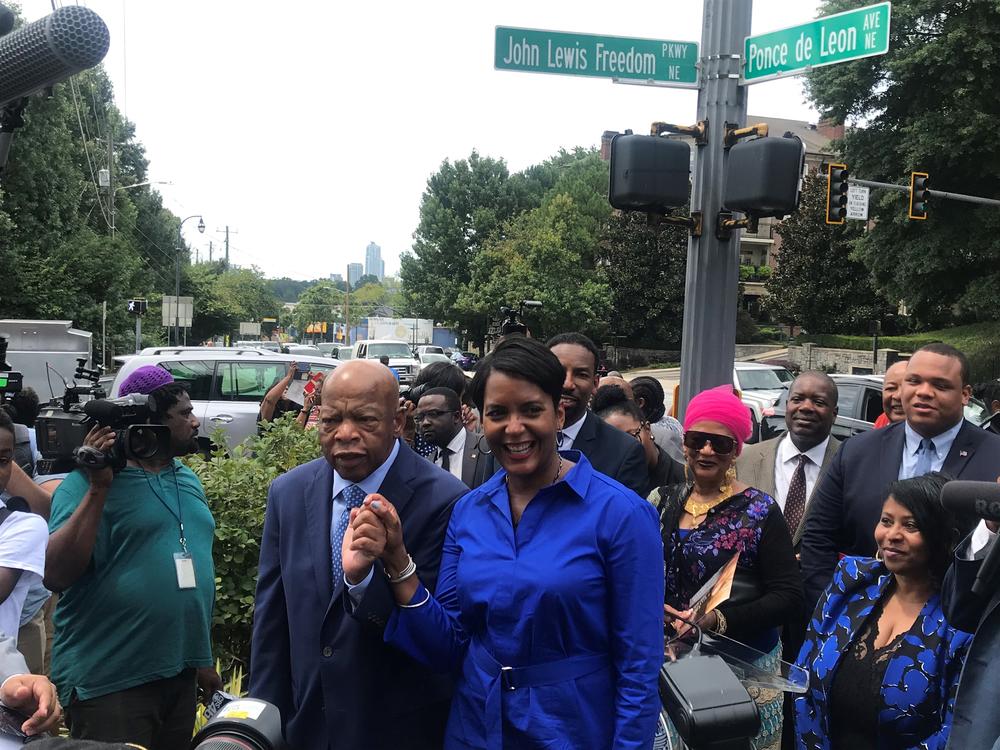 Freedom Parkway runs east in Atlanta, coming off the interstate that goes through the heart of the city. The King Center, named for Civil Rights icon Martin Luther King Jr., is just a few blocks away.

Now, the parkway has a new name. This time in honor of another Civil Rights leader: Congressman John Lewis. On Wednesday, Atlanta Mayor Keisha Lance Bottoms and other city council members renamed the street to “John Lewis Freedom Parkway.”

Bottoms then presented Lewis with the city’s highest honor, the Phoenix Award. She said she would give him a higher award if there was one. Bottoms also praised Lewis as she recalled this being the first renaming in her time as a member of Atlanta’s government that happened without controversy.

“Thank you for the peace and love you bring to our city and to our world and thank you for being the man that you are,” Bottoms said.

After receiving the award, Lewis addressed the crowd of more than 100. He credited King with inspiring him to get started in the Civil Rights movement.

“I heard the words of a native son of this city, Martin Luther King Jr.” Lewis said. “That when you see something that’s not right, not fair, not just; stand up, speak up, speak out and get in the way.”

Lewis also spent some time speaking on colors. Specifically, blue. Both he and Bottoms were adorned in blue attire. Though Lewis said he didn’t want to be partisan, he said they need more blue, which is often associated with Democrats, in office.

Harkening back to his days as a rousing speaker at Civil Rights protests in the late '50s and early '60s, Lewis implored the audience to get out and vote.

“There were people in this city and all across this state and all across America that gave a little blood for the right to vote,” Lewis said. “We have an election coming up and we must get out and vote like we never ever voted before. We must do it.”

He said voting is the key instrument to change.

“The vote is precious,” he said. “It’s almost sacred. It’s the most powerful nonviolent instrument or tool we have in a democratic society and we must use it.”

Lewis, Bottoms, and other city leaders then marched up John Lewis Plaza to where his new sign would be unveiled.

During the walk on the plaza, Lewis stepped over states painted on the ground that show the route he and other Freedom Riders took as they traveled from the District of Columbia into the Deep South.

Once at the end, Lewis and Bottoms joined hands as he stood underneath the sign that read “John Lewis Freedom Pkwy” that cements what he fought for and his legacy in the city of Atlanta. 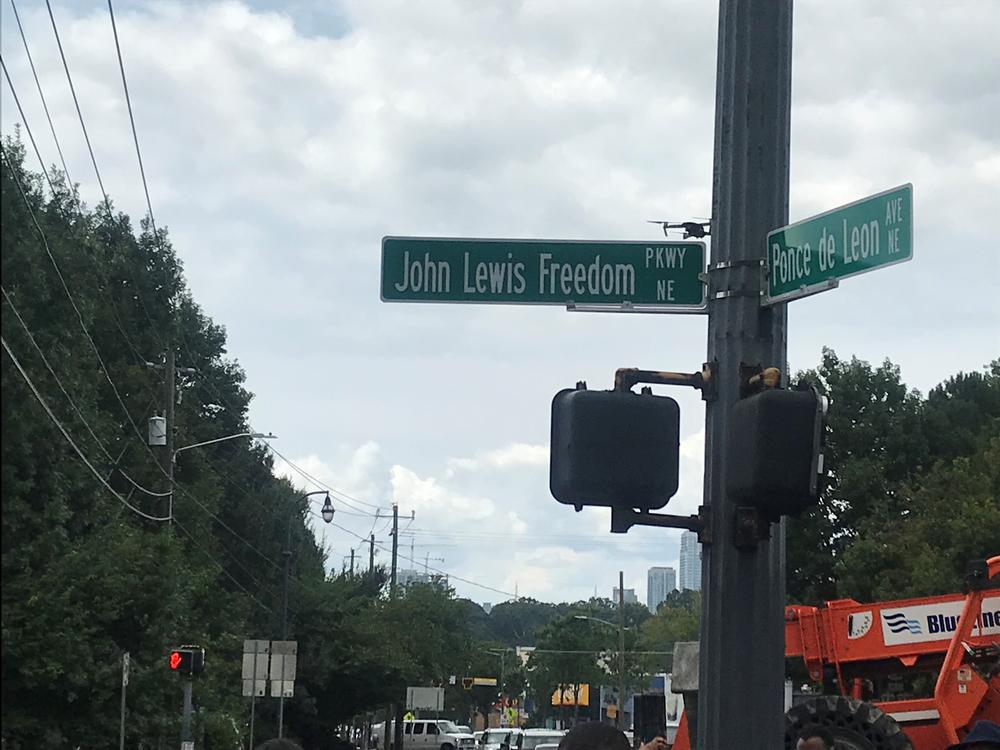 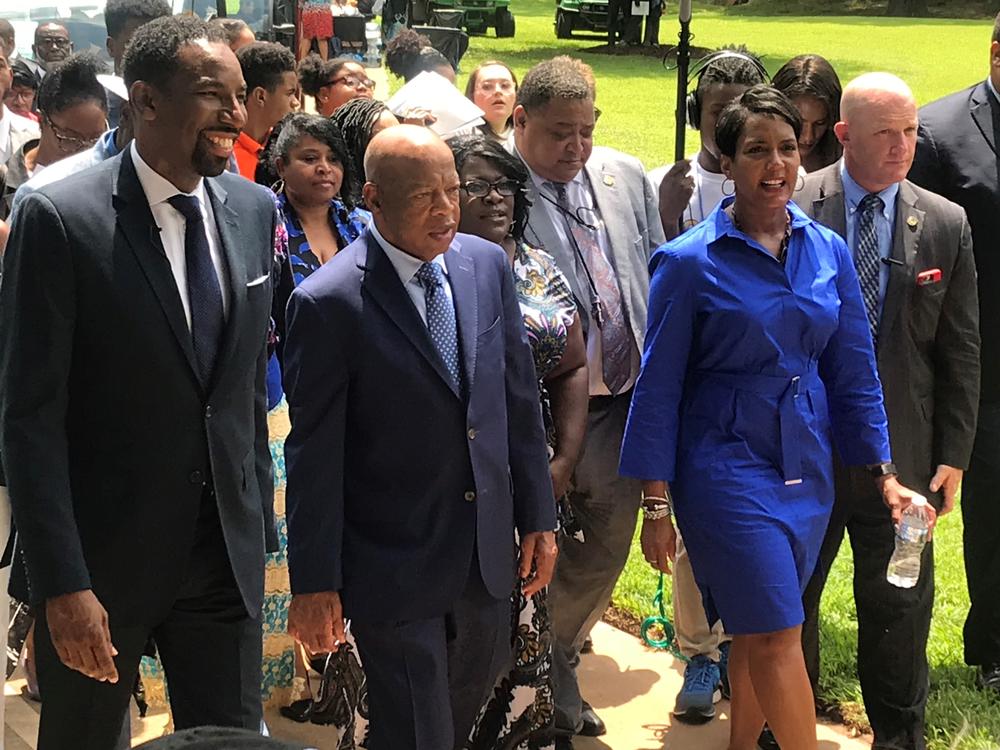 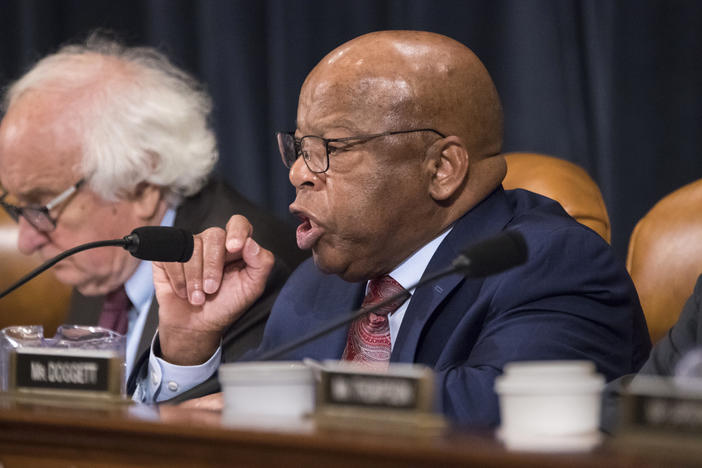 Georgians In Washington Push Back Against Trump

On this edition of Political Rewind, two prominent Georgians push back against President Trump: FBI Director Chris Wray defends the honor of his agency... 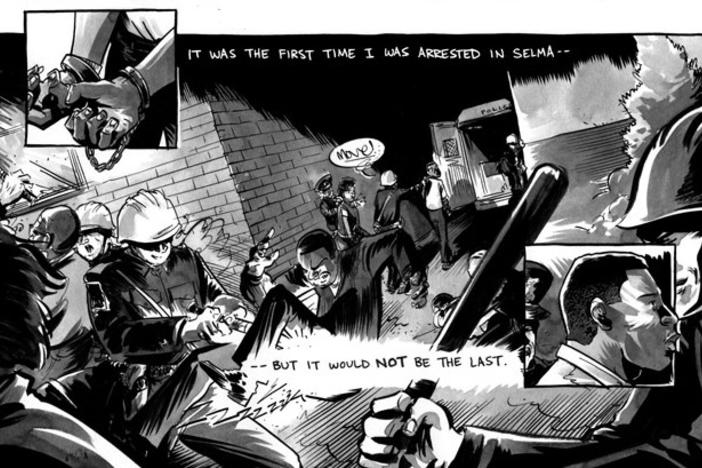 Georgia Congressman John Lewis wears many hats - civil rights leader, politician, and graphic novelist. His story and the story of the civil rights...