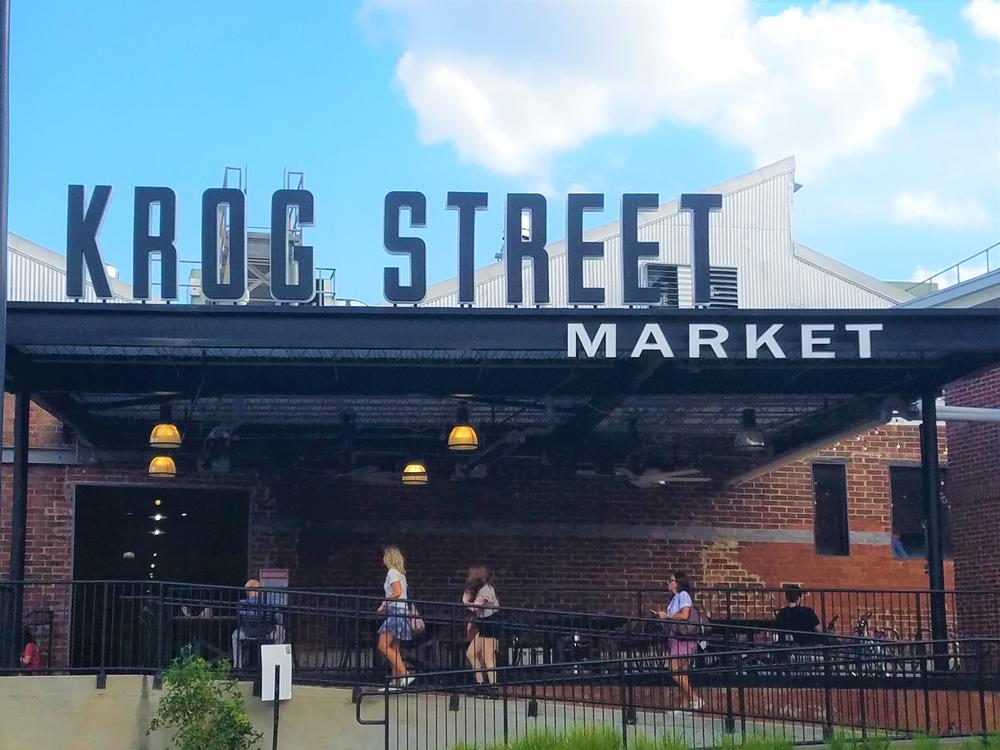 Krog Street is a half-mile stretch of roadway that connects the Atlanta neighborhoods of Inman Park with Cabbagetown.

The story begins in the late 1800's with the founding of Atlanta as the last stop of the Western & Atlantic Railroad.

Rickey Bevington explains the origins and history behind Krog St.

It quickly attracted rail workers and engineers, including a man named Fredrick Krog, who lived close to where Krog street is today, and for whom the area is named.

That area, where Krog Street Market is now, was  home to a factory that produced cast-iron cooking ranges for more than a century.

In 2004, the factory and the surrounding area was redeveloped into a mixed use space for offices and shops.

It's home to restaurants, a live music venue and, just to the side of the market, is a place for vendors to sell their wares called The Collective.

After grabbing a bite at one of the many resturants located inside of the market, visitors may decide to take a stroll and take in the art of the Krog Street Tunnel.

The street art, however, begins as soon as you take a turn from the market and head down the street to the tunnel.

Colorful images line one side of the street, and the other side is wall of leaves and ivy. It brings new meaning to the term concrete jungle.

The colorful underpass that is the Krog Street Tunnel is hard to miss.

The tunnel runs beneath the CSX railyard marked by a landscape of everchanging graffiti.

The usually vibrant tunnel, however, took on a darker look in 2014.

Organizers of a private, ticketed Halloween party planned to close off the Krog Street Tunnel for a masquerade ball.

The move upset some artists who saw the event as a way for the masquerade’s organizers to profit off their art.

Some artists even decided to paint over their artwork in protest stating, "by us white washing it ourselves we're saying we would rather see it destroyed than see you make money off of what we do."

Despite the protest, the tunnel was repainted, and the private event went on as planned that year.

Today, after strolling through the tunnel, visitors might decide to continue an art walk by making their way along the Beltline.

Its east line runs close to Krog, and is marked by works like a sun sculpture made up of forks, knives, and spoons, the work of artist Andrew Yff. 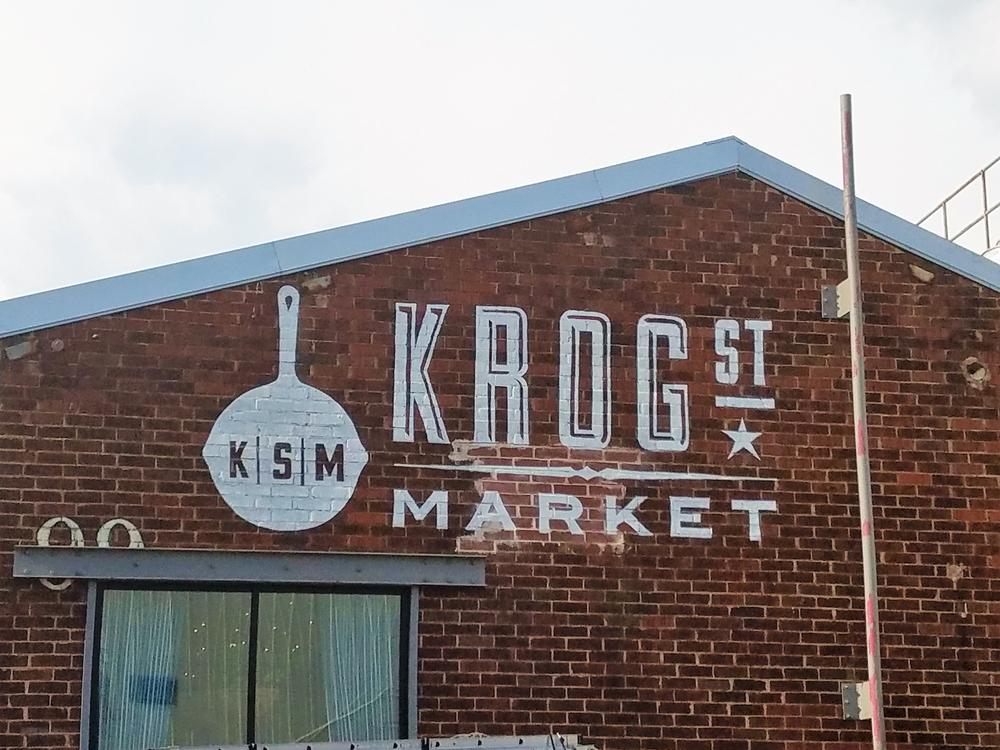 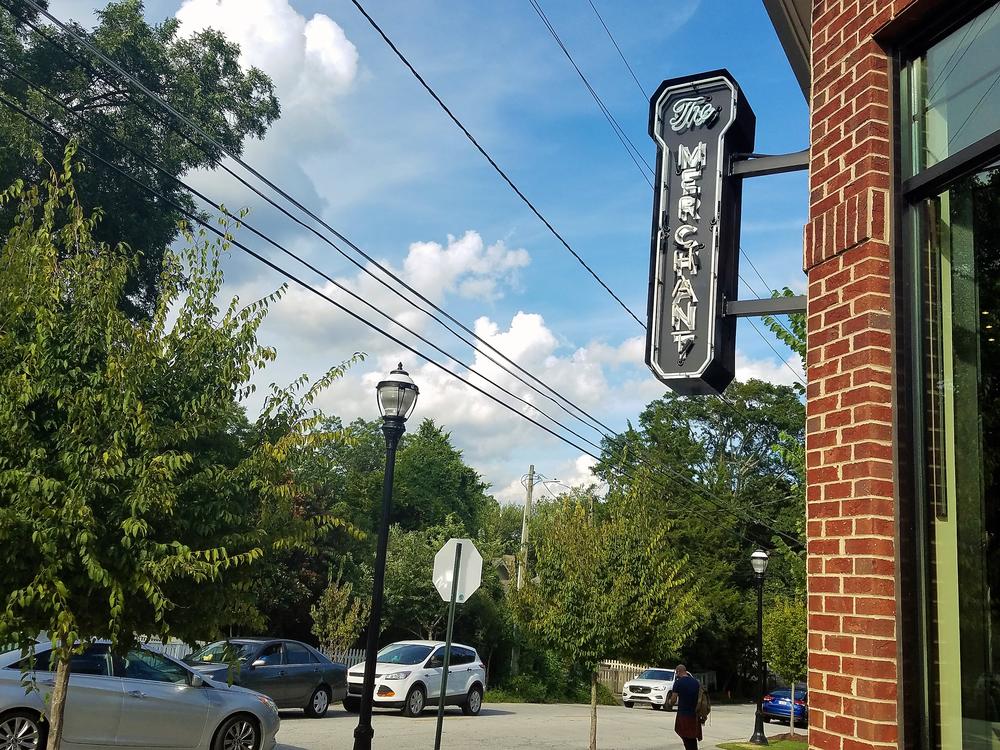 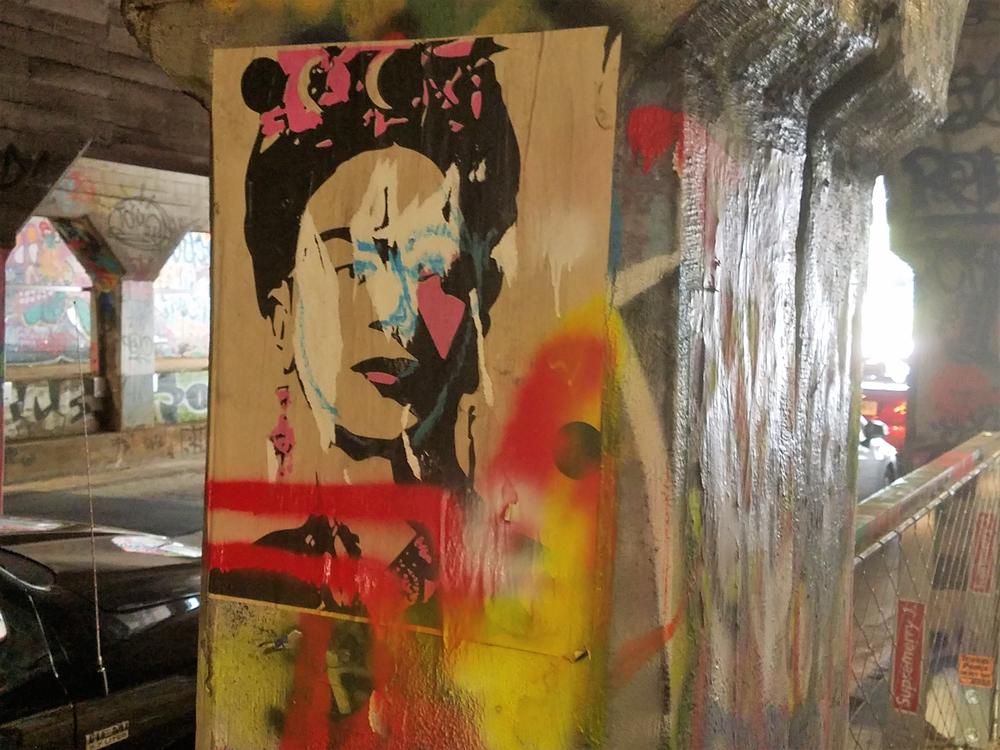 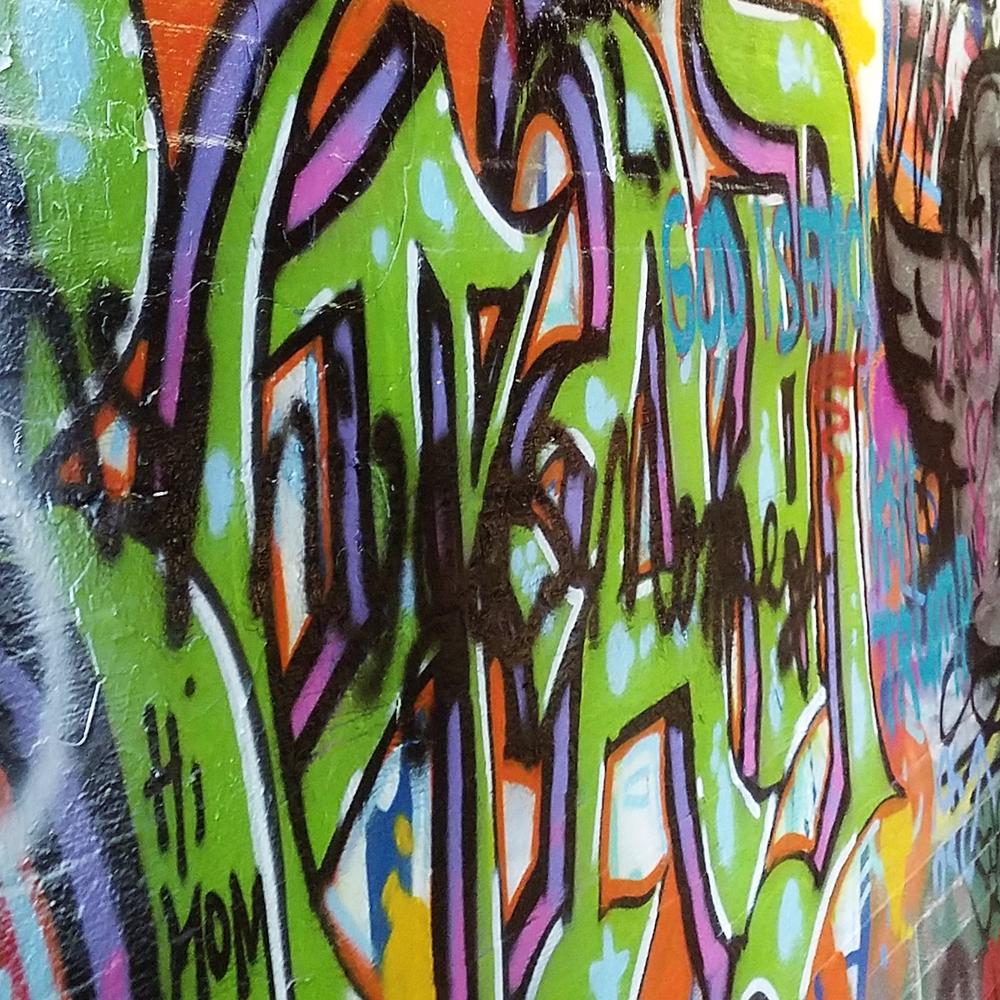 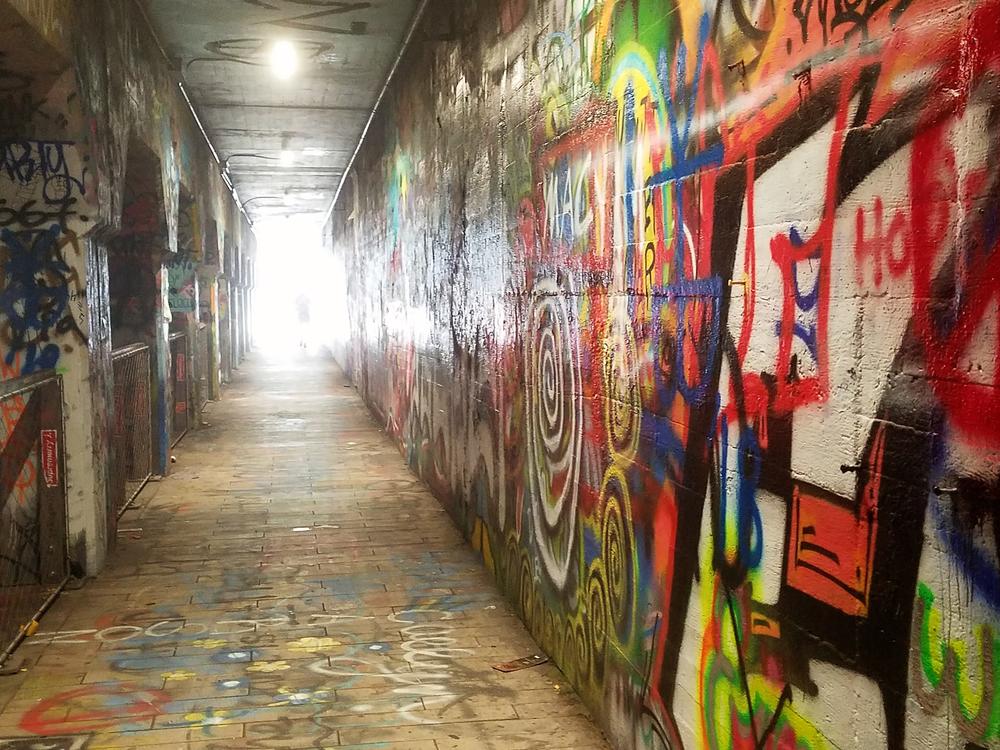 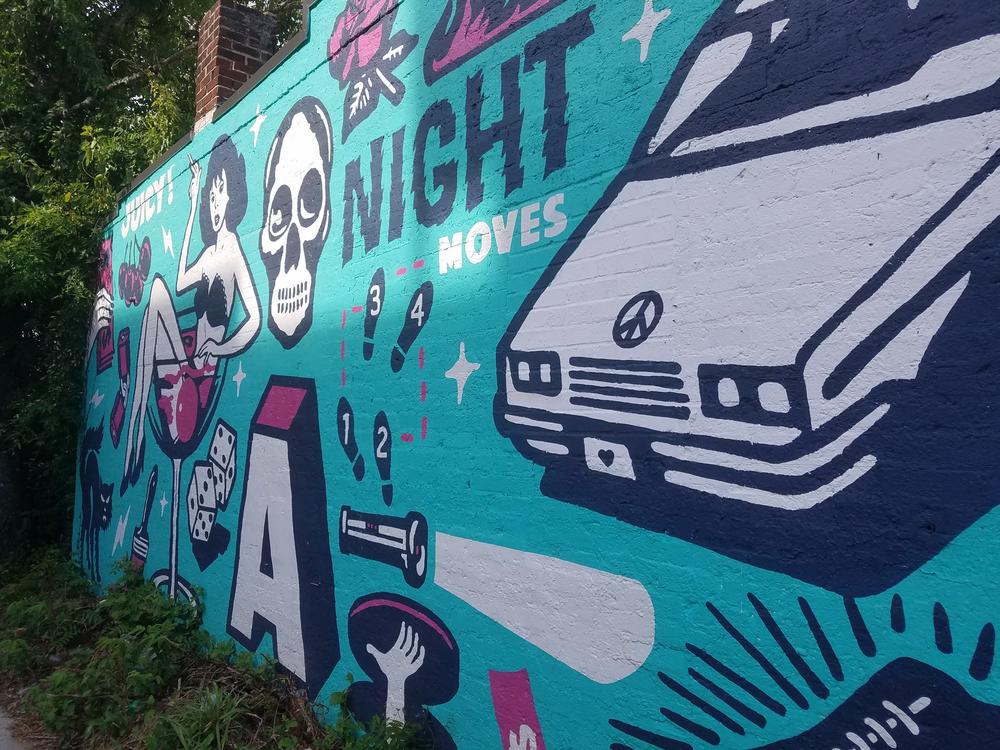 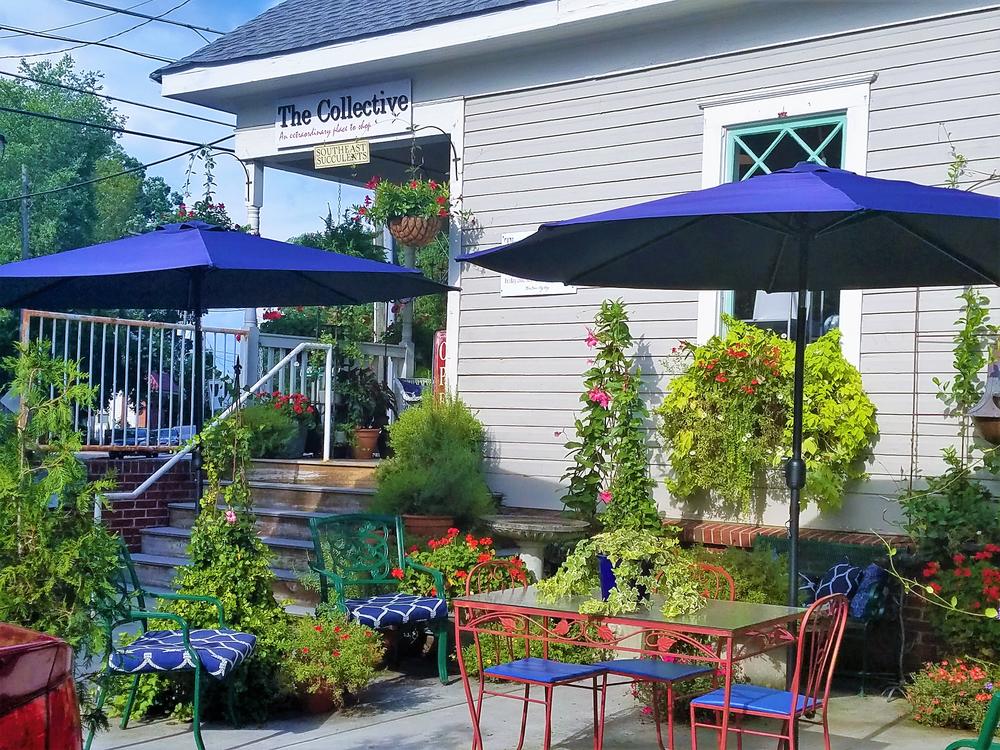 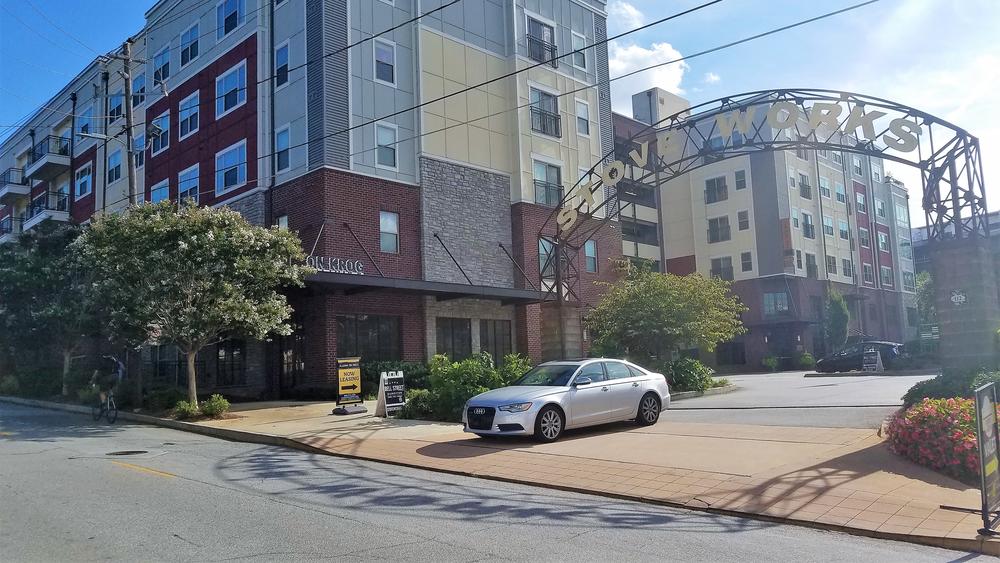 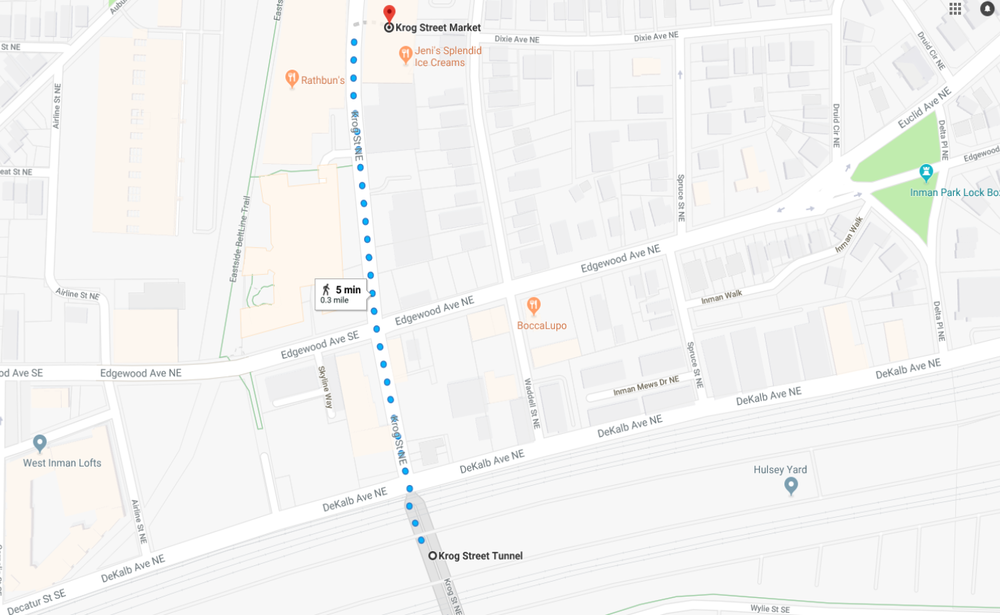 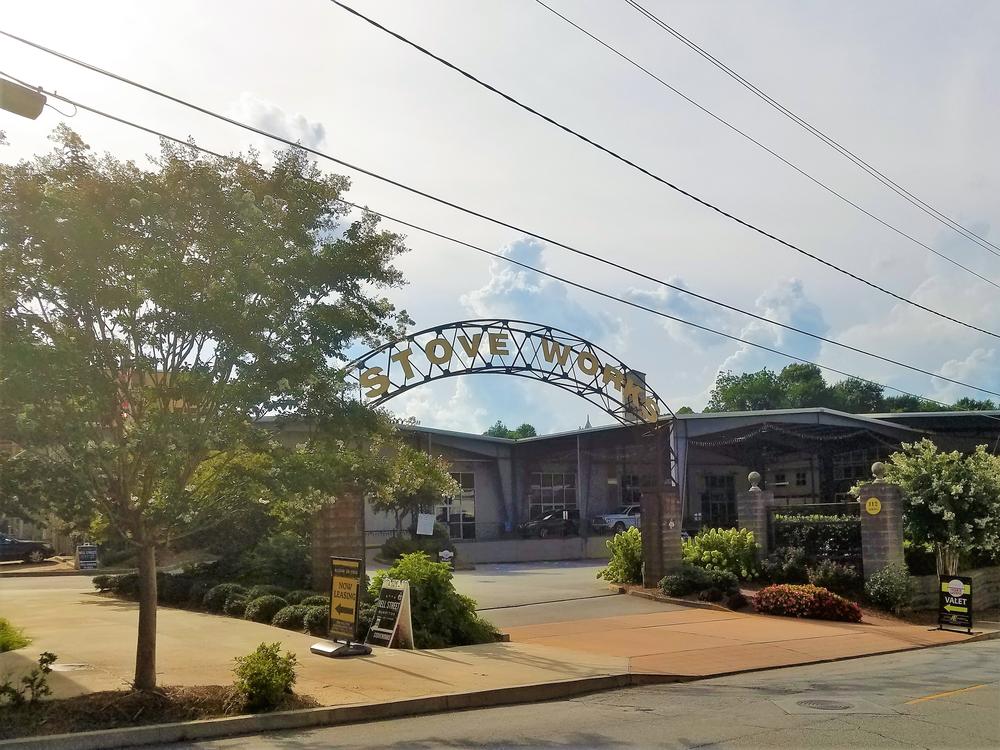 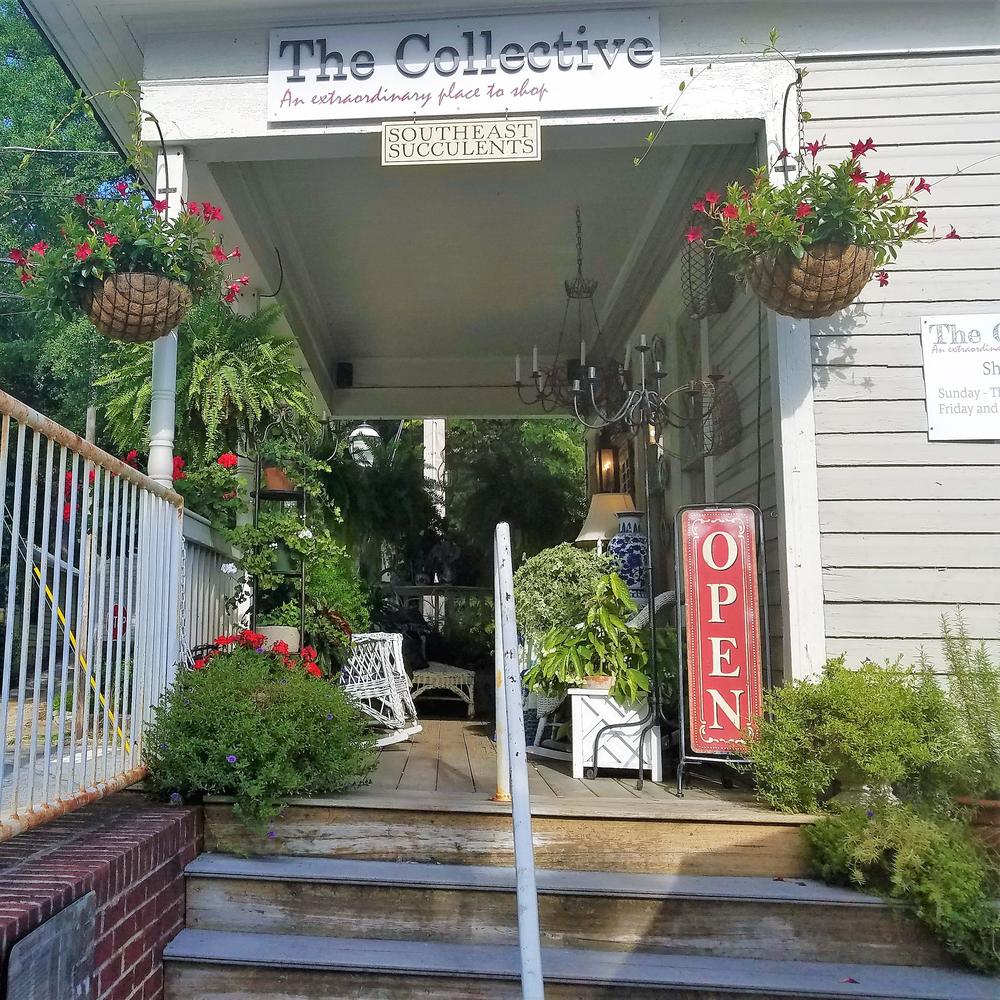 Caption
The entrance to The Collective, a store that sits on the opposite end of the Krog Street Market parking lot. 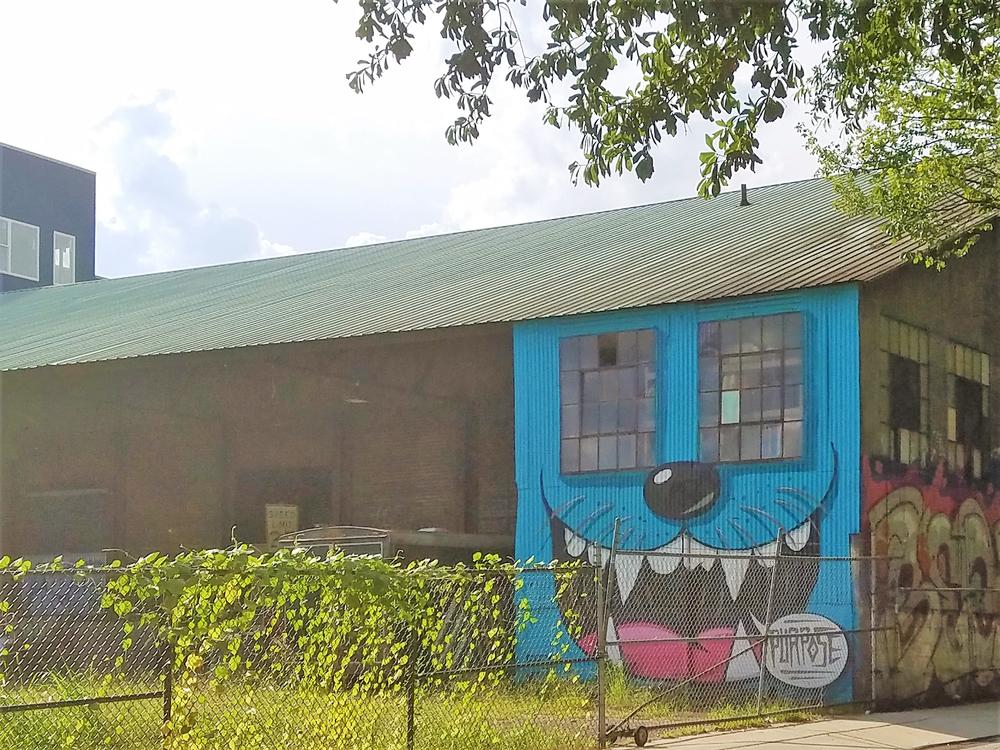 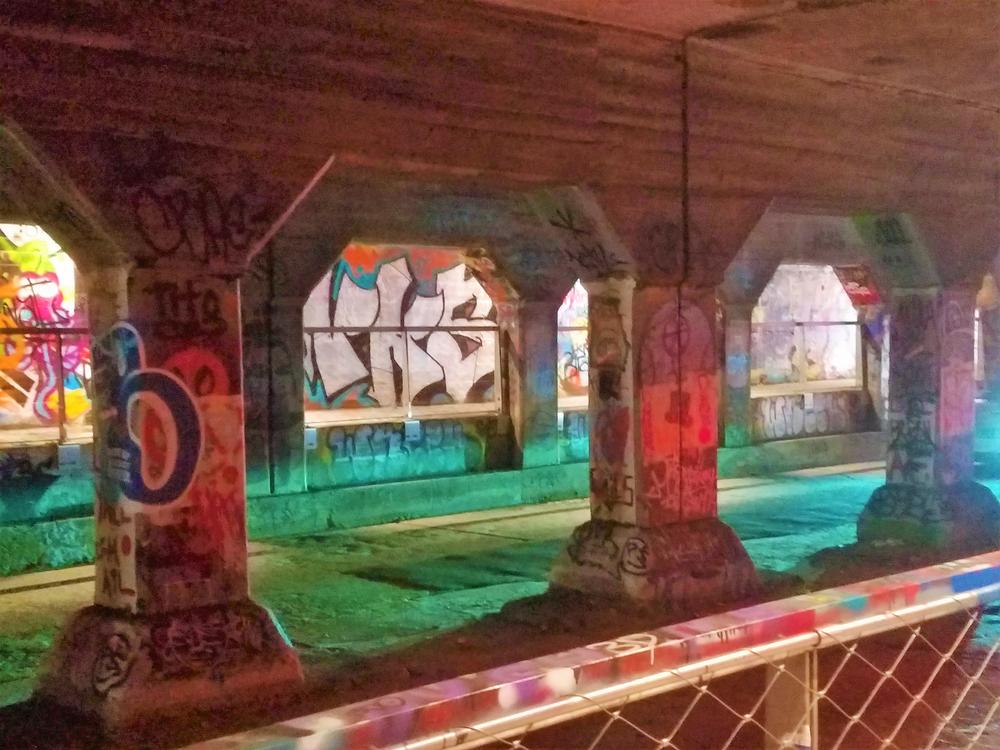 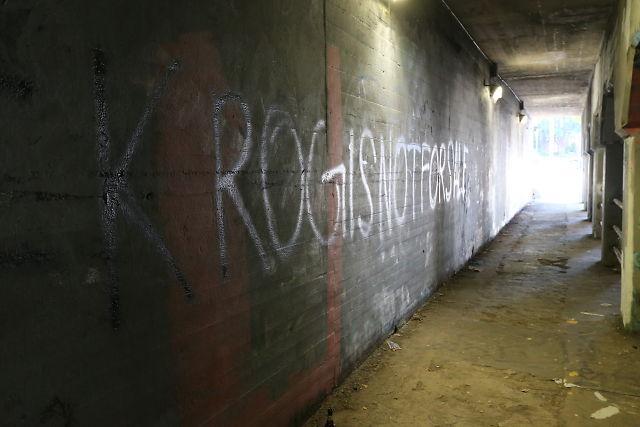 Caption
An image of the Krog Street Tunnel from the 2014 protest. The usually colorful walls of the tunnel have been painted grey, except for the message, "Krog Street is not for sale." 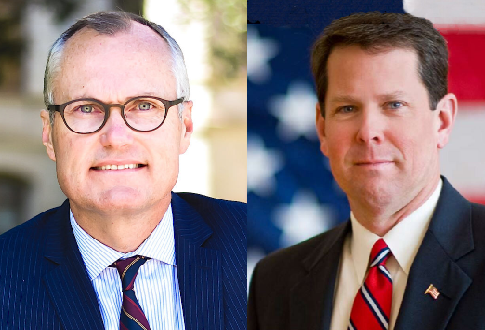