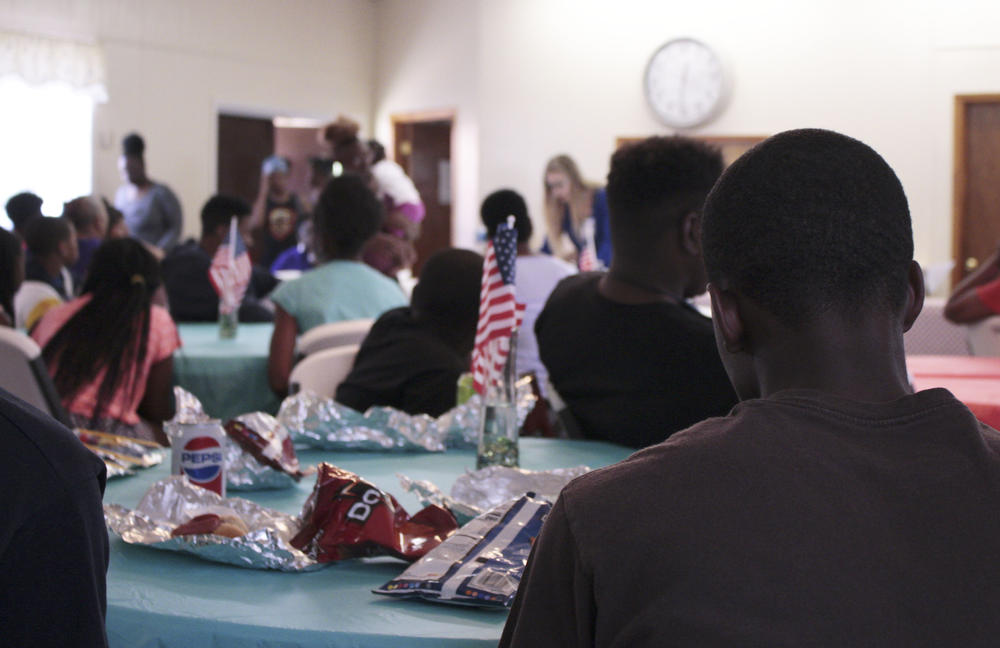 16-year old Otiserion French listens to a presentation at a community youth summit about sex ed, bullying and suicide.

No sex until marriage. That’s the message in many Georgia counties, where sex ed is abstinence based. Despite hundreds of student requests for science-based programs and several parent-led initiatives for curriculum change, abstinence-based programs still dominate Georgia schools.

Dozens of kids and a handful of parents crowded into a small Methodist church in Fort Valley in June to participate in what the organizers called a community youth summit. Otiserion French attended the two-day event, where the first day was dedicated to comprehensive sex ed.

Georgia does not have a single sex ed curriculum. Instead, schools choose yearly if they want to use a comprehensive sex ed program, an abstinence-only program, or no sex education at all. More than one third of the state’s 450 high schools use a curriculum called Choosing the Best, in which the “best” is considered sexual abstinence.

Andrea Swartzendruber, professor of Public Health at the University of Georgia, said Choosing the Best promotes abstinence by misleading students about the effectiveness of different forms of birth control.

“The data don’t show that it works,” Swartzendruber said. “In fact, it does not delay sexual initiation; it does not reduce risk behavior. A handful of studies have actually showed harm.”

Jaime Winfree leads a coalition of parents who are trying to change the curriculum. She started appealing to the school board after she found out a local high school had brought in a crisis pregnancy center to teach Choosing the Best. Most crisis pregnancy centers are affiliated with Christian groups who are opposed to abortion.

“We feel these things are not in keeping with the tenants of public education, because we have separation of church and state for a reason,” Winfree said.

Winfree’s group was told they had to convince Gwinnett County Schools’ Community Health Education Advisory Committee, or CHEAC, to change to a medically backed curriculum. That board was made up of mostly teachers, parents, and school administrators. Only three of its 27 members worked in the healthcare field.

“I sat in the CHEAC committee meeting, and said, ‘Can we all at least agree that one of the goals of a sex ed curriculum is to prevent teen pregnancy and prevent STD’s? And those people could not even give me that,” Winfree said.

CHEAC re-voted on Choosing the Best in March, and the final vote was 19 to 2 in favor. Gwinnett County Schools declined to be interviewed about the curriculum. The crisis pregnancy center that teaches Choosing The Best did not respond to multiple requests for comment.

Winfree said she would much prefer something like the FLASH program, which is currently being tested in Macon-Bibb County Schools.

FLASH includes information about both hormonal and physical contraception, and abstinence. It was created by the health department in King County, Washington. The agency is conducting a two-year study of the program in Macon schools.

“It is one of the few that is offered by a public health department, and so it really brings a public health model to sexual health education,” said Kari Kesler of the King County Public Health Department.

FLASH has been used in every King County high school for over 20 years. The county's teen pregnancy rate has fallen by 62% over the last decade.

The two-year Macon-Bibb study is halfway done. If it changes kids’ attitudes about sex, Kesler said the next step would be to roll out the program long-term.

Back in Fort Valley, Otiserion French said he was reminded of the lack of sex education in his high school nearly every day. One of his classmates got pregnant last year, and he said that he and his friends felt helpless about the situation.

“If this girl, she’s pregnant, so we’re like the school ain’t helping us learn the education, and what we need to know, so what is there to do about it?” French said. 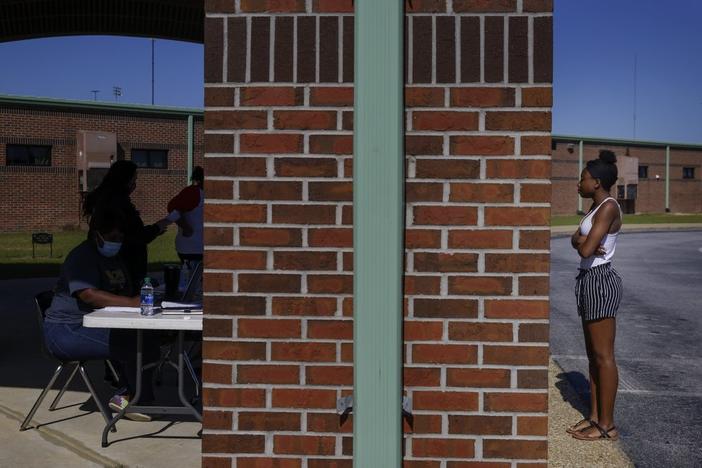 After the Chattahoochee County school district called an early end to the school year, seniors lined up one day last week to complete their graduation...