According the United States Census Bureau, there are nearly 50,000 homeless veterans in America. In order to combat these issues with housing, popular TV shows like “Tiny House Hunters”are looking to create tiny homes as a solution.

The Chatham Savannah Authority for Homeless has organized the “Tiny Home Project” in order to fight this growing problem.

We spoke with Cindy Murphy Kelley, the executive director behind the project. The plan to build the tiny homes will happen in three phases: twenty-four units built each year; the first twenty-four are planned to be up and ready by Christmas.

We also spoke with Chris Stout, the co-founder and CEO of the Veterans Community Project in Kansas City. His tiny home project has been up and running for two years, with veterans in the homes as of January 2018. He told us about the struggles and positive stories he has seen develop since creating this non-profit.

Listener Nury Castillo-Crawford of Gwinnett county got in touch with On Second Thought after hearing a interview on mental health issues within immigrant communities. The guest on the show was an immigrant shielded from immigration through the federal DACA program. Nury wrote a book this year about her own experiences coming to this country as a young child from Peru. The children's book is called "3,585 Miles to be an American Girl".

Currently, she’s director of community engagement at Gwinnett County Public Schools. There, she’s impacting 10-year-old Jada Sanford’s life. Jada was born in the U.S., and is about the same age Nury was when she arrived in this country.  Nury’s book about her experience as an immigrant has shaped Jada’s perspective. The two of them spoke with On Second Thought’s Fenly Foxen.

Vanessa Briscoe Hay added two more songs to our Georgia Playlist:  "Spooky" by: The Classics Four" and "Money Changes Everything" by Atlanta's The Brains. She is the former frontwoman for the legendary Athens band Pylon. She’s now singing with the Pylon Reenactment Society.

Continuing the music train, we spoke with southern soul rock artist, Liz Brasher. She performs at the City Winery in Atlanta on June 17th. She’s from a mix family--Dominican Republic and Italian. She grew up in a small town in North Carolina where she attended a Southern Baptist church. That’s where she learned to sing in the Spanish choir and found her love for gospel music.

Once discovering the Memphis, Tennessee music scene, she adopted it as her new home. She signed a record deal with Fat Possum Records and released Body of Mine and her latest EP “Outcast”. At the beginning of 2018, she was also announced as NPR’s Slingshot Artist.

Brasher also performed at SXSW and is currently on tour with The Zombies. 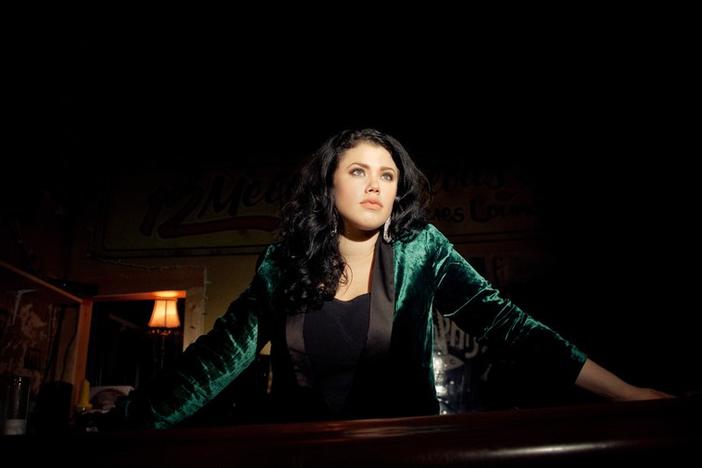 Musician Liz Brasher: Half Dominican, Half Italian, All Southern

Southern soul-rock artist, Liz Brasher performs at City Winery in Atlanta on June 17 . Brasher is from a mixed family, from the Dominican Republic and...

Among the legendary music acts to come out of Athens in the ‘70s was the band Pylon. The group had been a local mainstay until 2009, when guitarist...