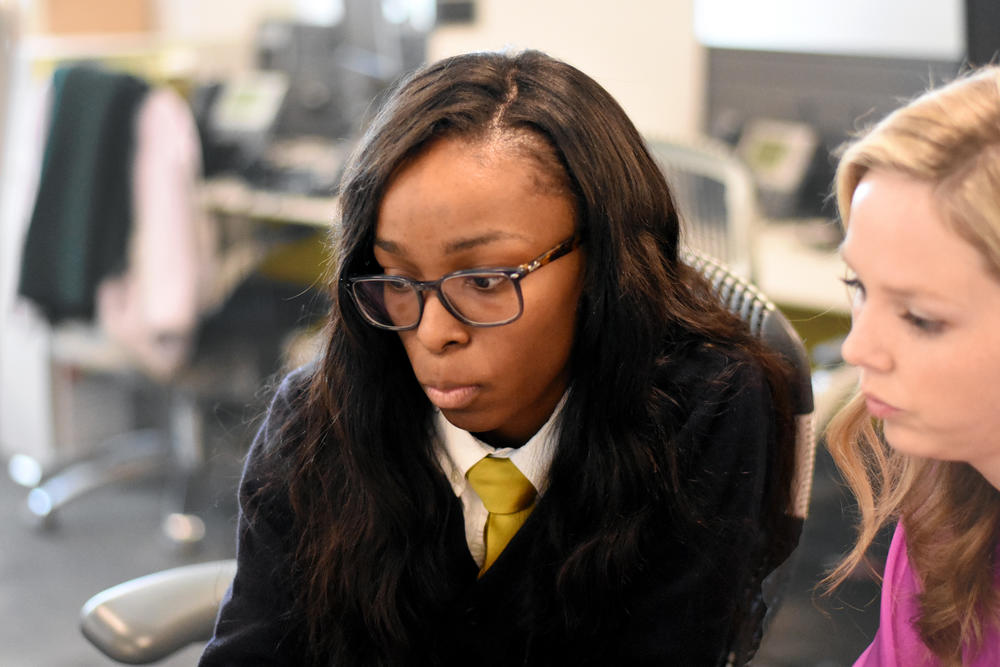 In this afternoon Latin class at Cristo Rey Atlanta’s downtown building, 20 uniformed teenagers recite words illuminated on the wall by an overhead projector.

But it’s no ordinary Catholic school.

Cristo Rey Atlanta is one of a network of 32 Catholic schools nationwide that only accept students living below the poverty line.GPB's Rickey Bevington takes a look at one Georgia school that combines a classroom setting with professional work experience to better prepare students for graduation.

The way they pay tuition is equally unique, according to Bill Garrett, President of Cristo Rey.

“All of our students when they come here register for the school, and then we register them as our employees,” he says.

Students - not all of them are Catholic - attend class four days a week. A team of four rotates working one day at a shared job. In return, 137 metro Atlanta host companies cover 60 percent of their tuition, which is $17,000 a year.

Families then pay between $250 and $2,500, depending on their household income.

Principal Diane Bush says many 9th graders they accept are at a seventh grade level.

“And it's has nothing to do with intelligence,” she says. “It is the schools they come from.”

Bush says coming to Cristo Rey can be a shock for students and parents, so the acceptance rate is less than 50 percent. School leaders interview every candidate and their parents -- both need to show they’re ready for the rigorous academic and work schedule.

Even so, she says about a quarter of this year’s Cristo Rey class didn’t make it all four years.

18 year-old senior Gabby Wilson did. She is heading to Atlanta’s Agnes Scott College in the fall.

Before their first work study job, 9th  graders go through Cristo Rey’s Business Training Institute where they learn hard skills, like how to use office equipment and how to behave and dress in a professional environment, phone etiquette, public speaking and conflict resolution.

She says working alongside EY accountants and auditors will come in handy when she becomes an OB–GYN.

“You have to be really precise,” she says. “So when I go into the doctor field everything has to be precise.”

Making education relevant to students outside of the classroom is vital to the success of students like Wilson says Erin Ingram, policy adviser at Civic Enterprises, a public education policy and research organization based in Washington D.C.

“Seeing a connection between what I'm doing in high school now and what I will do as an adult and the future is critical particularly for students who are coming from less advantaged backgrounds,” Ingram says.

In fact, a Cristo Rey student in Los Angeles once credited his math class for helping him catch an error in his company’s spreadsheet - saving them money.

Megan Sweas is author of “Putting Education to Work” about the Cristo Rey education model. She attributes some of its success to the Catholic tradition of discipline.

“I found that when I was in the schools, that the discipline is often a way of trying to help students realize their full potential,” she said. “At the same time, if students cannot operate in a working environment that the model doesn't work.”

EY Partner Dave Sewell is Cristo Rey’s incoming Chairman of the Board. He says it can be a burden on some company’s bottom lines, but not for EY.

“It's not lost on us that that it is you know for some corporation it's a burden on their budget," Sewell says. “But when people know they're doing the right thing it comes easy.”

This weekend, 125 high school seniors will become the first graduates of the school. 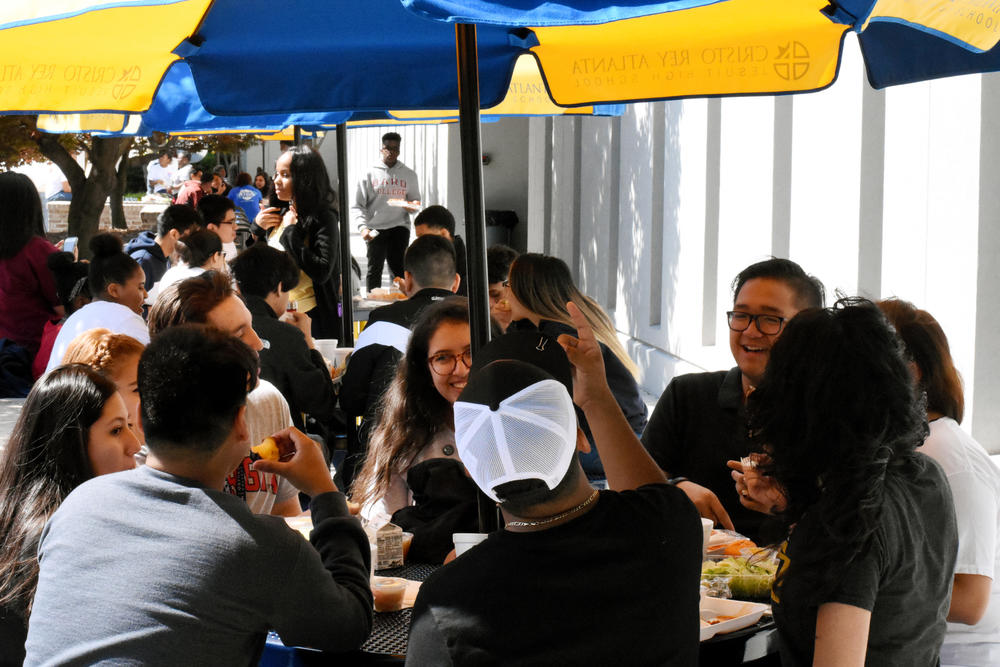 Seniors at Cristo Rey Atlanta enjoy lunch outside their downtown campus on their college day. It's the one day all year they did not have to wear their school uniform. 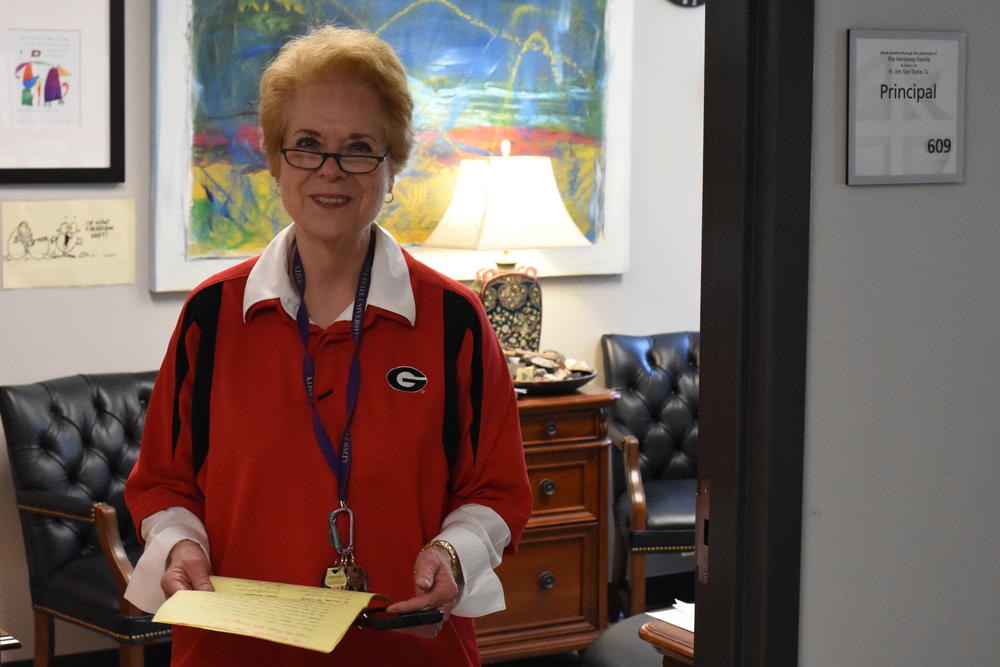 Cristo Rey Principal Diane Bush stands in her office doorway holding a petition from the seniors. They asked to ditch their traditional uniforms to wear t-shirts of where they were going to college. Bush, seen in her own college attire, agreed. 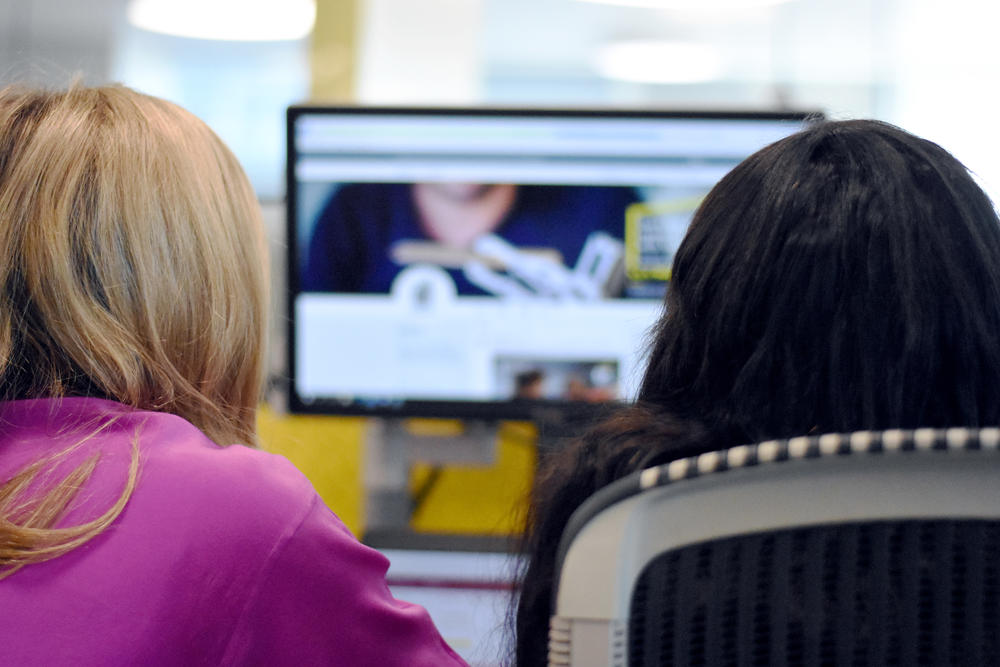 Cristo Rey Atlanta senior Gabby Wilson works alongside Julia Peters at Ernst and Young. Wilson says her training in Excel, soft skills and how to work in an office environment will stay with her throughout her professional career. 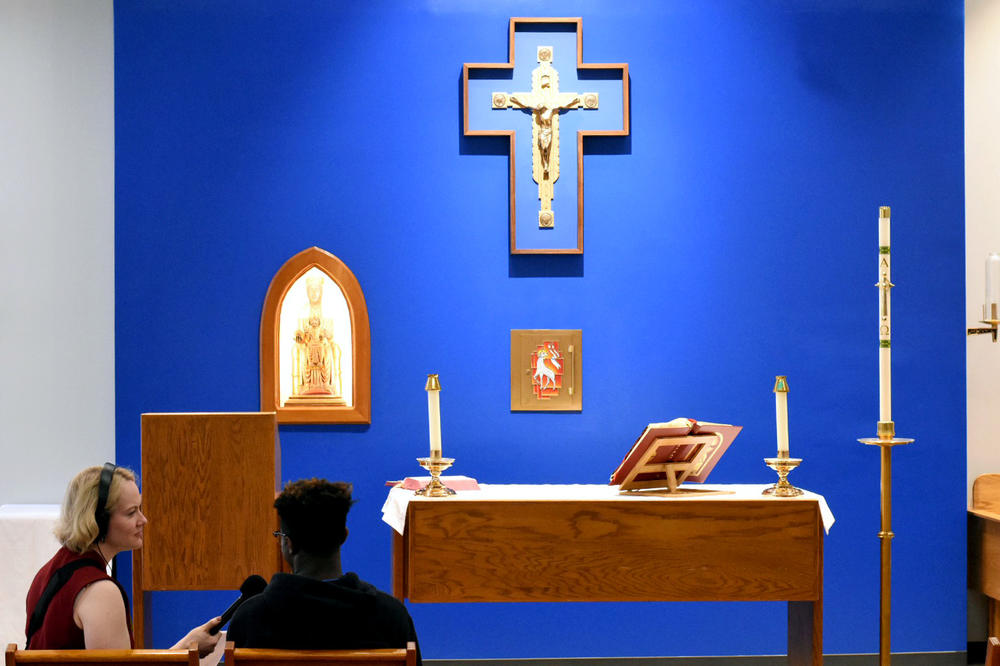 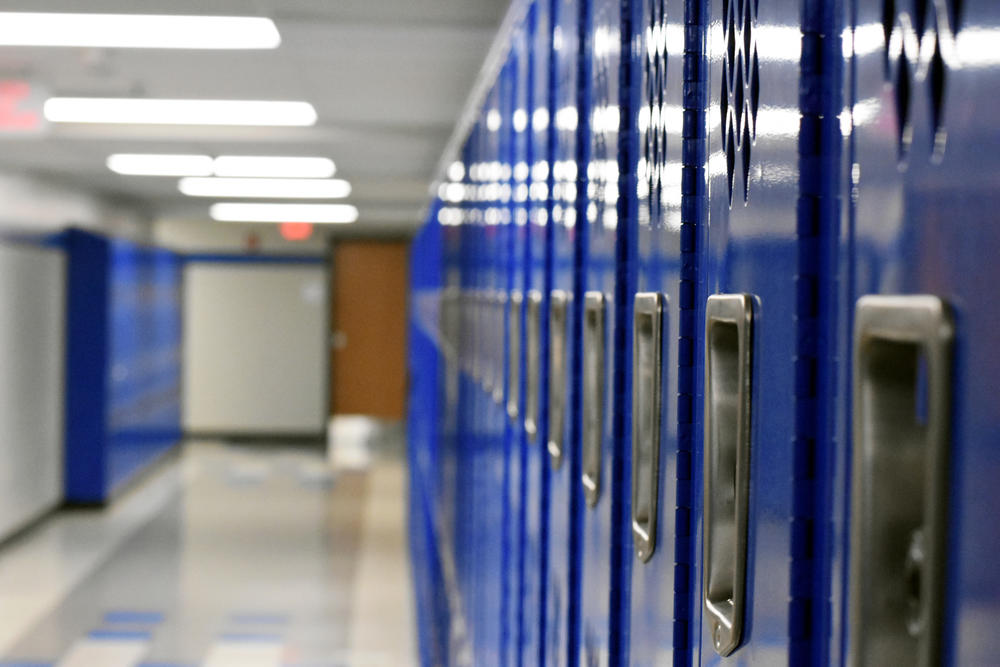 Bright blue lockers line the hallways of Cristo Rey Atlanta, which once was the home of apparel company Oxford Industries. The developer donated the multi-million dollar building to the school.