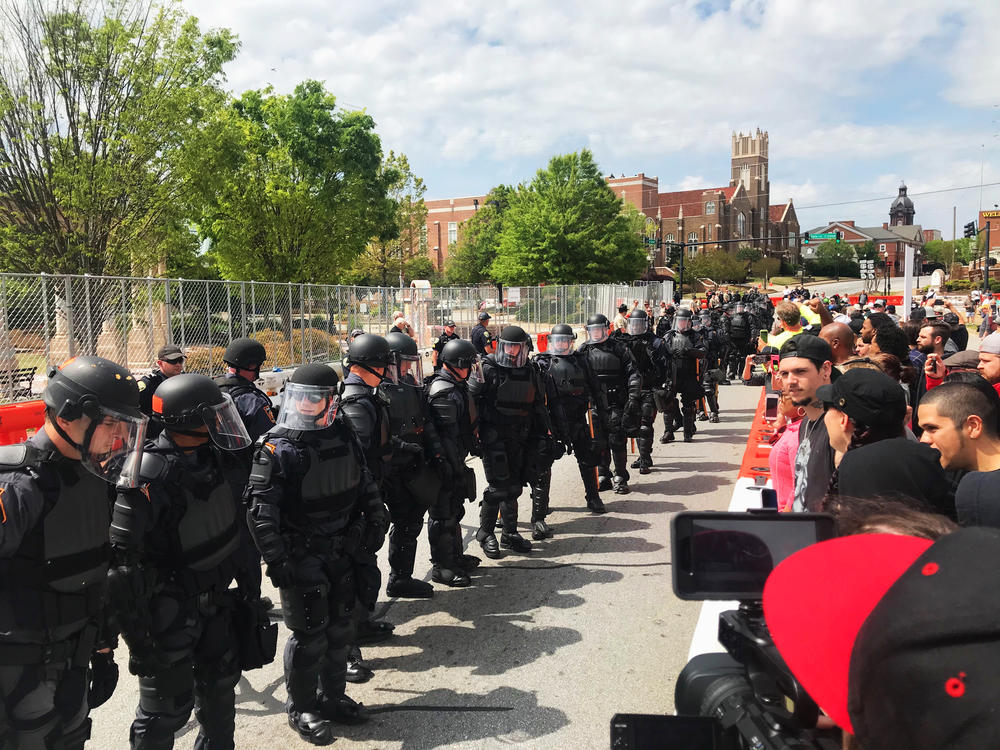 Last month three dozen members of a neo-nazi group rallied in Newnan, south of Atlanta. Hundreds of people showed up to protest. The City of Newnan and Coweta County governments spent $212,000 dollars to keep the peace.

43 law enforcement agencies responded to the April 21 rally of the National Socialist Movement.

About 700 police officers worked overtime.  It cost the city $3,600 just to feed them all for the day, while streets were closed with rented barricades and helicopters circled the sky.  No one was injured, despite fears of violent clashes like what erupted in Charlottesville, Virginia last year.

Emails obtained through an open records act request show investigators from the Coweta County Sheriff’s department circulated false information from Facebook the day before the rally. One post forwarded around the department came from the III% ring-wing militia group, and wildly overestimated how many antifa counter-protesters to expect. 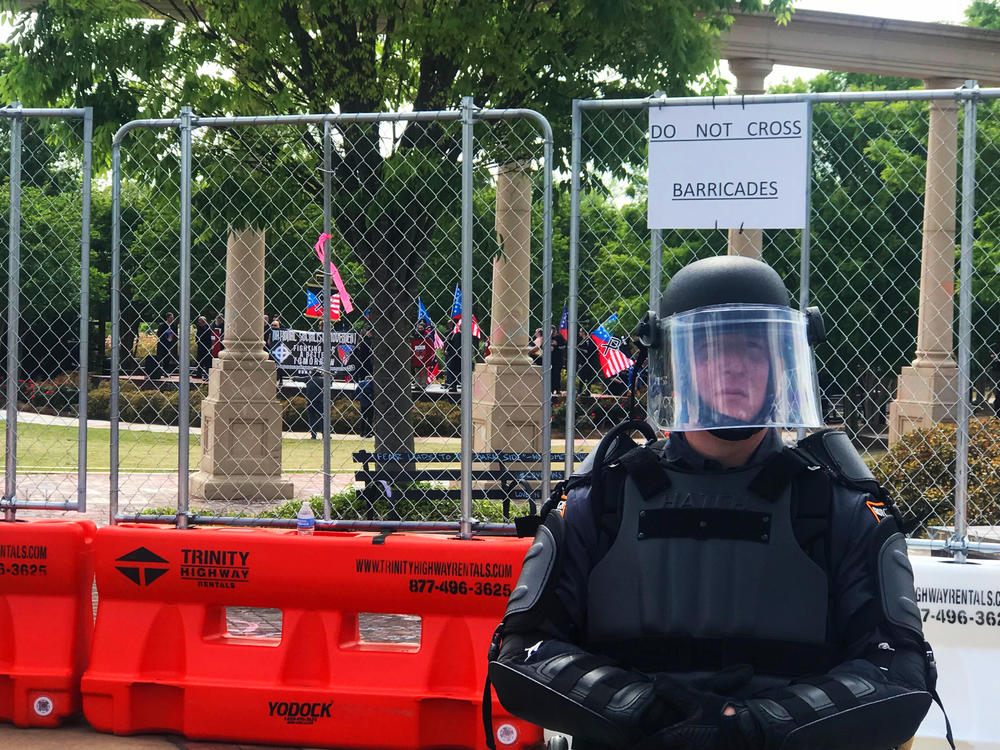 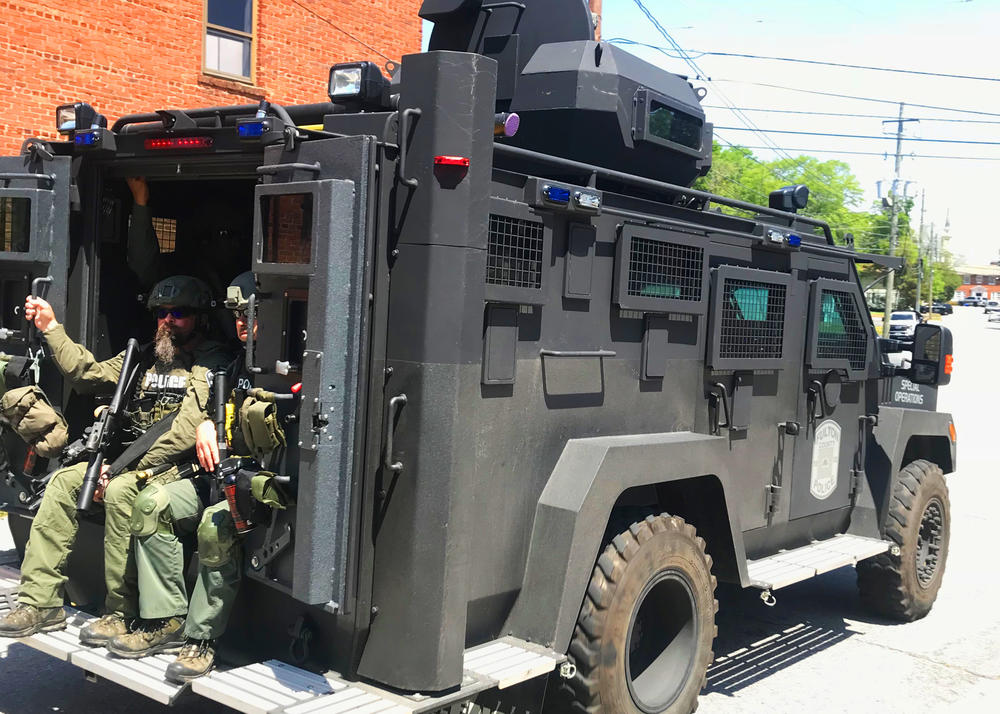 An armored convoy rolls down one of Newnan's closed streets on April 21, 2018. 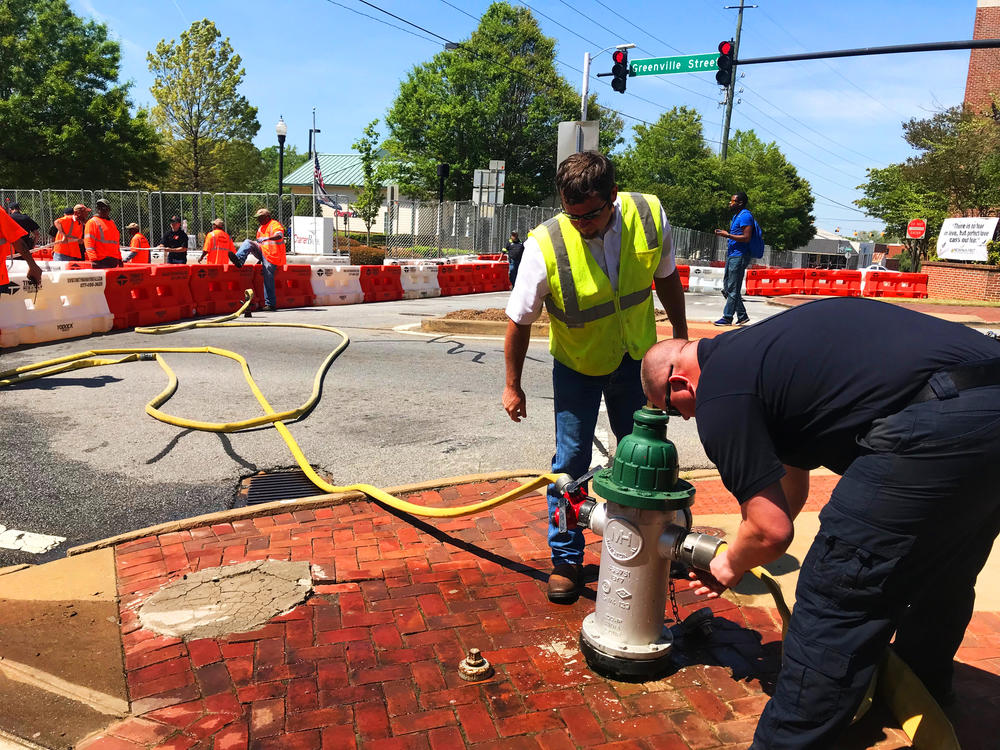 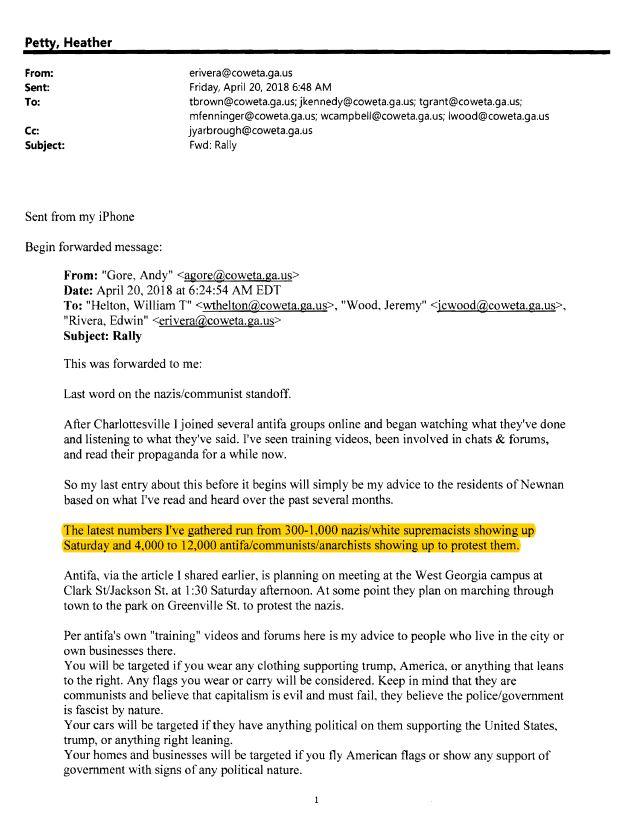 Text from a Facebook post was copy and pasted into emails forwarded by Coweta County Sheriff's Department investigators and employees. 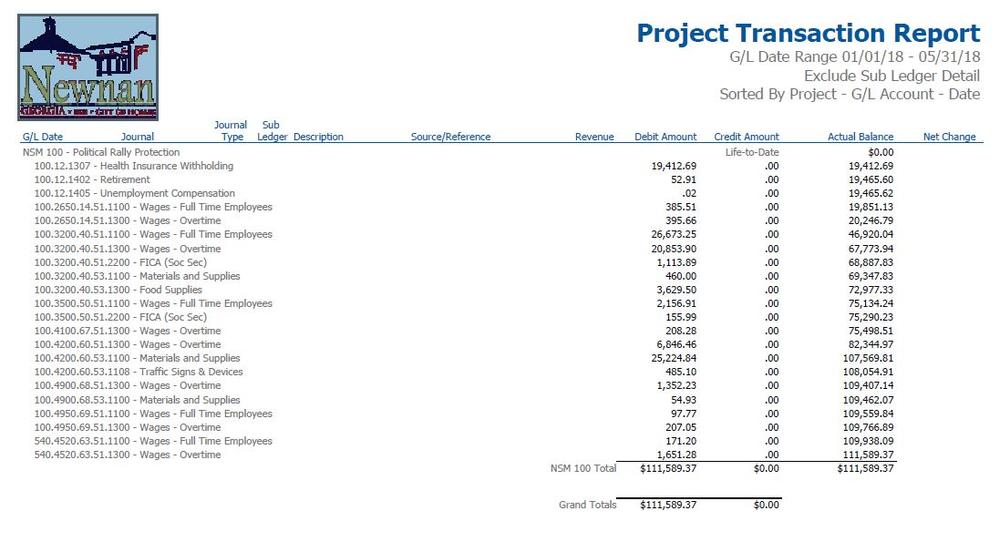 A tally of the City of Newnan's costs. 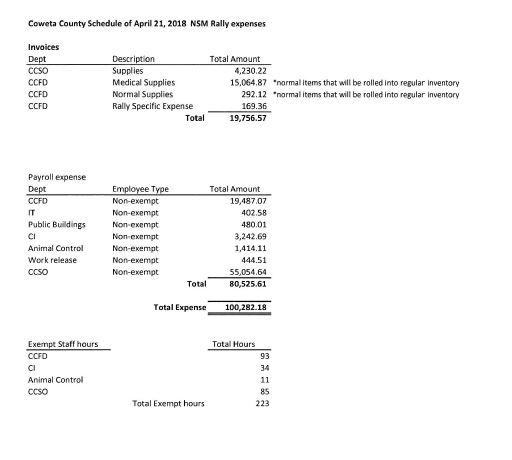 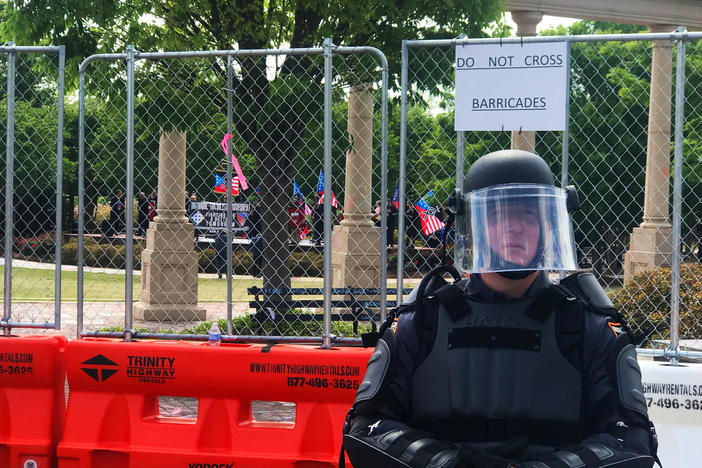 The Costs Of Free Speech

In April three dozen members of a neo-Nazi group rallied in Newnan, south of Atlanta. Hundreds showed up to counter protest. Police report no one was... 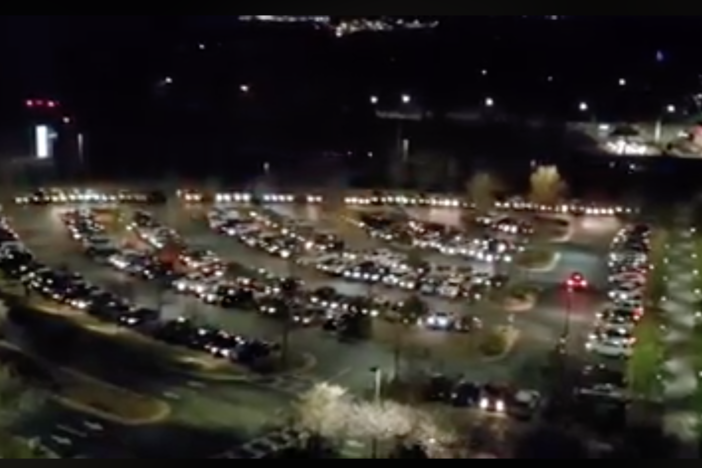 Cheering and honking their car horns, hundreds of people filled the evening air with appreciation for local healthcare workers on the front lines of the...