Distracted Driving, Transit And Cityhood: Reflecting On The 2018 Legislative Session 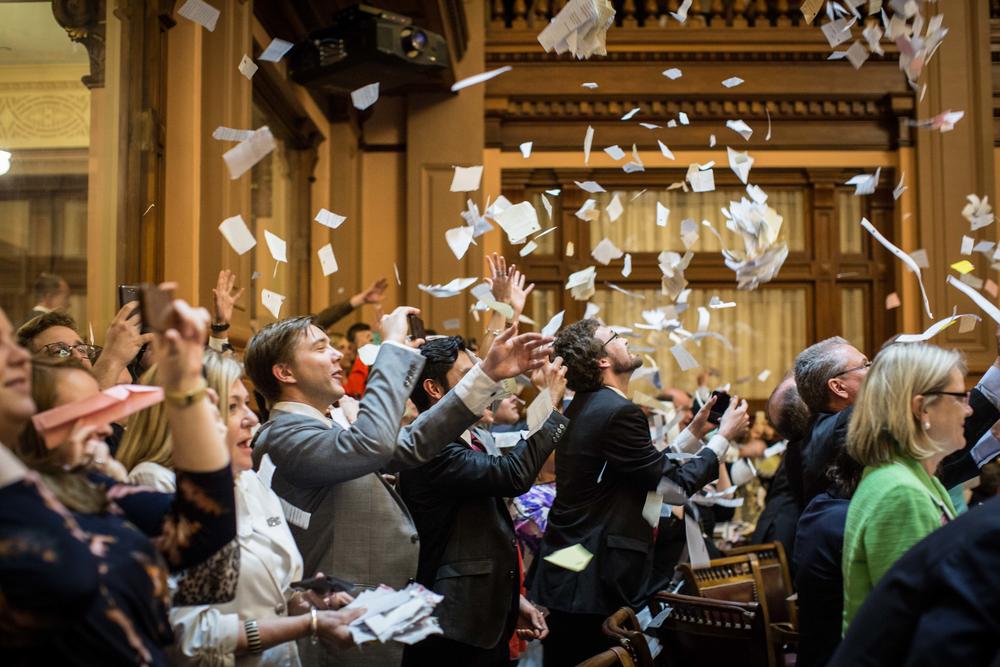 The 2018 legislative session wrapped up just after midnight last night.

I talked with the AJC’s Political Insider Jim Galloway about the winners and losers of this year’s legislative session.

GPB's Rickey Bevington speaks to the AJC's Jim Galloway about the winners and losers from the 2018 legislative session.

RICKEY BEVINGTON: Let's start with hands free driving. What are the new rules that people are going to start having to obey?

JIM GALLOWAY: If the governor signs this, ultimately you will not be able to drive down the road with a phone glued to your ear. You're going to have to have some sort of device whether it's Bluetooth, whether it's built into the car.

I myself I use an earpiece and a wire. And you will have to operate your phone with voice commands, and maybe a little touching here and there. The object is to give cops a better handle on whether you're using that to text, as a distraction or not. It's considered very important for them.

BEVINGTON: Well it's hard to police so we need to give our police officers as much guidance as possible.

GALLOWAY: Right, and the governor's got 40 days to sign it. He already endorsed this thing about ten days ago when it was getting bogged down in the Senate. He gave it a big push.

BEVINGTON: So, over the past decade Georgia has passed some of the toughest immigration legislation in the nation. But why did this year's immigration enforcement measure fail?

GALLOWAY: Well number one this was an effort from the Senate, pretty much Casey Cagle, to require police departments to cooperate with ICE and other immigration officials when they arrest a suspect. What the House –first of all softened it a little bit, they turned the “shall”s into “may”s which is a very big deal in legal jargon.

But then what happened was that the House Public Safety Committee added a provision on there that didn't get quite to the immigration issue, but it went to bail reform. And that might have soured the deal people on that because it might have contradicted some of the stuff that they had already pushed through the legislature on bail reform.

And then in the end, what I heard from my friends at the State Capitol, is you had some serious pushback from South Georgia's sheriffs ­– specifically those who don't want to be in the position of being required to chase down or lock up the labor needed to pick crops.

BEVINGTON: So it's an economic decision.

BEVINGTON: Okay so transportation.. a big vote on transit. Is somebody in Woodstock going to be able to get so let's say Forsyth without a car in the near future?

GALLOWAY: Not without a whole lot of votes and a lot of figuring out.

This morning I quoted Nancy Pelosi on this. You know, there are times when you pass the bill and then you figure out what's in it. This is one of those times. And they have established a very byzantine system for Cobb County to join this the network that we will call the ATL, and made something a little bit easier for Gwinnett to do so. And a third path for Fulton and smaller counties that are beyond the suburban and into exurbia they've got another path to follow.

BEVINGTON: So finally Jim, one law that passed actually really is unprecedented in the state of Georgia it annexes part of the city of Stockbridge in Henry County south of the city of Atlanta to create a whole new city of Eagle's Landing. Why is this such a big deal both legally and actually practically.

GALLOWAY: You know that since 2005 when the legislature created the city of Sandy Springs we have been on a binge of city-fication.

The cityhood movement up until this moment has always taken unincorporated portions of a county and made cities out of them. This is the first time where they're reaching in and taking roughly, half the geography of Stockbridge, at least half of its tax bas,e and they're giving it to this new city of Eagles Landing.

To me there are two questions. Number one, will Nathan Deal signed this bill because of its implications? I mean, think if Buckhead suddenly wants to withdraw from Atlanta, or the city of Sandy Springs wants to annex Buckhead from the city of Atlanta.

BEVINGTON: There are some who would like to annex Buckhead...

GALLOWAY: But think of the chaos that would follow there. So will the governor sign this? And then of course I think we're going to we're in for a long court battle.

BEVINGTON: So any predictions of the kinds of bills that we're going to be seeing next year Jim?

GALLOWAY: Just last week I got my first notice from the Georgia horseracing association that they have found two legislators who are going to carry “race-cino” legislation. These are combination racehorse tracks and casinos.

BEVINGTON: Hard to picture this.

GALLOWAY: I think their legislation would allow for three venues.

BEVINGTON: And the likelihood of Georgia seeing legalized gambling? 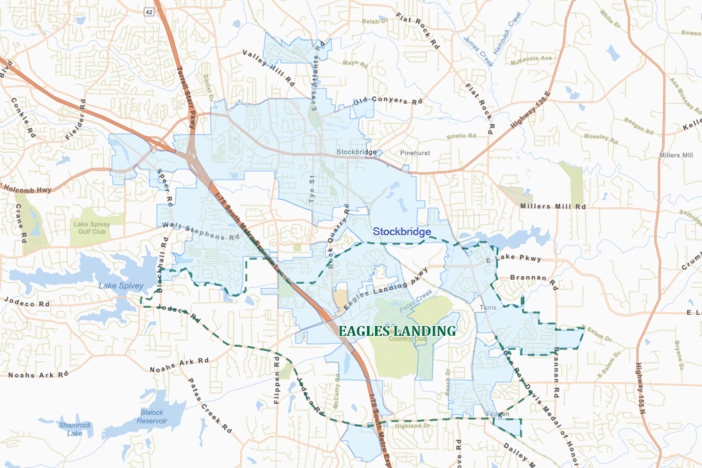 The city of Stockbridge will remain intact following Tuesday night's vote against Eagle's Landing. Nearly 60 percent of voters in the proposed city...

UPDATE 5/8/2018: Gov. Nathan Deal signed into law a bill that would allow part of the city of Stockbridge to be annexed if the new city of Eagles...