A Family Tradition At ATL's March For Our Lives 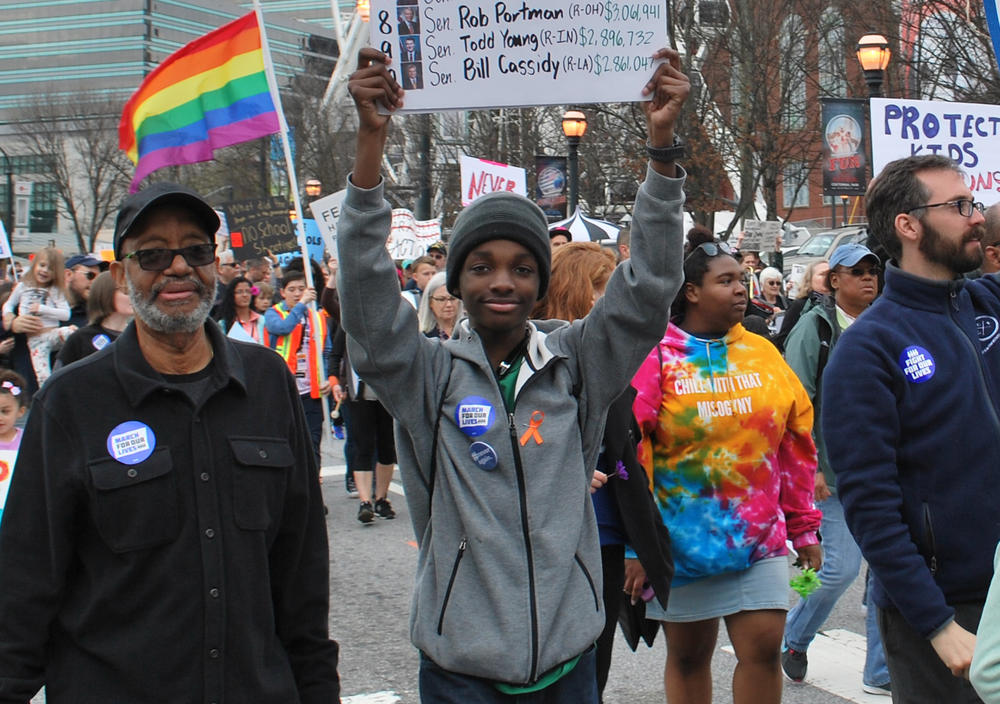 About 30,000 people turned out at the March For Our Lives in Atlanta Saturday to advocate for changes to gun laws. GPB's Emily Cureton reports...

As volunteers worked the crowds to register voters, South Cobb High school student Niles Francis held his sign high above his head. It listed lawmakers who took money from the NRA. He’s still two years away from voting for the first time. But he’s determined to be heard now.

“A movement like this proves that your voice does matter,” Francis said.

This year Francis lobbied for SB 457, a bill mandating school safety drills. It passed the Georgia house and awaits a vote in the senate.

Marching alongside him was his grandfather, Jerry Pennick.

“I like the idea that these kids are taking the baton. Instead of us passing it, they took it,” Pennick said.

He was a student activist in the Civil Rights movement 50 years ago. Pennick said if history is repeating, "it will be better this time around." 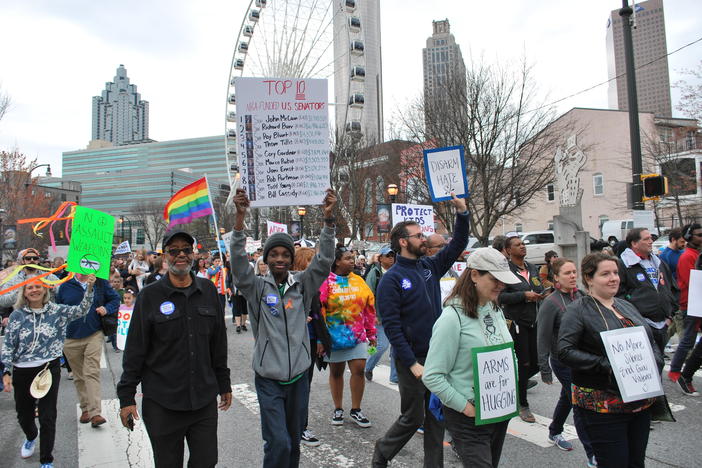 PHOTOS: March For Our Lives Atlanta

An estimated 30,000 people turned out for the March For Our Lives in Atlanta. Students led the massive crowd through downtown chanting "Not One More," ... 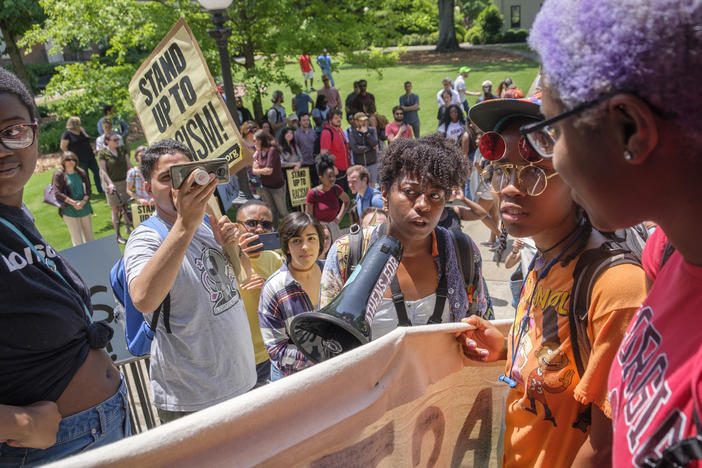