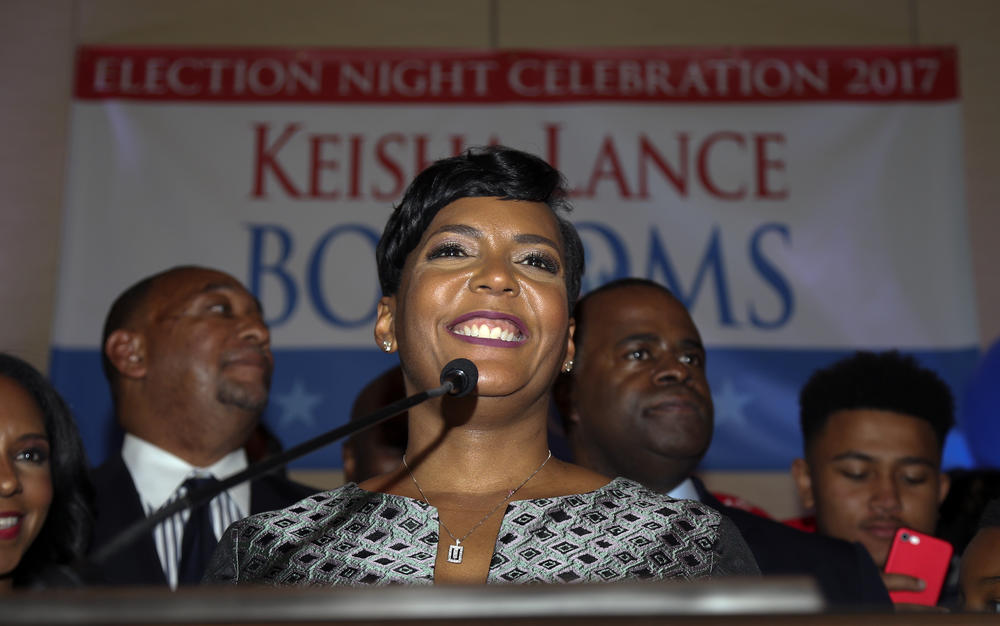 The vote tallies for the runoff election in the Atlanta mayoral race are official, but with a razor-thin margin remaining, the trailing candidate said Monday that she plans to ask for a recount.

Election officials in Fulton and DeKalb counties, which both include parts of Atlanta, certified their votes, which still have Keisha Lance Bottoms winning the race.

Bottoms' lead grew from 759 votes in unofficial tallies released last week to 832 votes in the certified results. That still amounts to less than 1 percent of the votes.

The candidates have 48 hours from the certification in each county to request a recount, and Norwood told reporters she would likely do so Tuesday.

"It is absolutely imperative that we take a look at every single ballot," Norwood said.

Election officials in both counties said they could probably have a recount done by the end of the week if Norwood asks for one.

Norwood previously ran for mayor in 2009, when she lost to Mayor Kasim Reed by 714 votes. She requested a recount in that race, but it only produced one additional vote for her.

The Dec. 5 runoff between the two city council members split Atlanta just about in half after a campaign marked by political grudges and allegations of corruption, and a turnout of less than 20 percent of the city's roughly 500,000 residents.

If Bottoms' victory holds through a recount, she would be Atlanta's sixth consecutive black mayor since Maynard Jackson was elected to the office in 1973. An upset by Norwood would give the city its first white mayor in more than 40 years and its first-ever white, female mayor.

Several people confronted Fulton County election officials at Monday's meeting, saying members of the public were prevented from observing as votes were counted after the polls closed on Dec. 5. They said officers aggressively obstructed them and threatened them with arrest.

Fulton County elections Director Richard Barron said the tabulation happened in public view and that the people who claimed obstruction were being disruptive.

The secretary of state's office has opened an investigation into public access to vote tabulation in Fulton County, spokeswoman Candice Broce said. She declined to release any details since the investigation is ongoing.