Caption
Stacey Abrams (left) and Stacey Evans met for the for the first time on the same stage as gubernatorial candidates Monday, Oct. 2.

Georgia's Democratic hopefuls for governor sparred Monday over who is the better advocate for public education, while rehashing the details of a national liberal conference this summer where activists booed one of the candidates off the stage.

But Stacey Abrams and Stacey Evans, a pair of former state lawmakers meeting for the first time on the same stage as gubernatorial candidates, largely agreed on their priorities for a state now dominated by Republicans, and both touted bootstrap autobiographies tracing their roots to childhood struggles. The pair met at an event sponsored by WIN List, a political action committee that backs Democratic women running for office.

The sharpest barbs came when Evans suggested Abrams should have spoken out more immediately and forcefully this summer when activists at a Netroots Nation conference in Atlanta harassed Evans off the stage.

"I think we show our love for this country when we kneel and when we stand. That wasn't what happened at Netroots," Evans said, adding that she "would have stood up and said it was wrong" if anyone backing her campaign had taken such action. "I had a right to be heard on that stage," Evans added.

Abrams repeated that her campaign was not responsible for the protest and said she would never "silence my opponent," but she also said she disagrees with Evans' call to immediately silence protesters.

"I believe in protest. I think that sometimes, for the voiceless, it's the only way they will be heard," Abrams said, adding that "protest is disruptive, and it is uncomfortable" and that she has "enjoyed privileges in this country because of protest."

Evans, 39, and Abrams, 43, are expected to be the only high-profile Democrats in the party's 2018 primary. Either would be Georgia first female chief executive if elected.

The pair sought to carve out distinctions in their legislative records Monday, particularly on education, with both proposing more education spending, from expanded pre-school programs to more generous college aid, while emphasizing their own public education experiences.

Abrams said when she was a child, her family "always lived on the poor street on the middle-class side of town, so we were zoned for the good public school. No parent should have to have a degree in cartography to get a good education for their child."

Evans told of being born to a 17-year-old single mother and going to the University of Georgia only because of the HOPE scholarship program.

"I believe in the power of public education," she said. "We need that power to be real for every child in this state."

Evans touted her role in restoring some Republican-led cuts to the HOPE scholarship funding for students attending technical and two-year colleges. She said she wants to see the program's initial grant levels restored for all students who qualify academically.

Abrams argued that taxpayer investments should be steered toward need-based aid, and she framed Evans' legislative record as one of helping Republicans try to "privatize public education." Abrams cited Evans' vote for Gov. Nathan Deal's proposal for the Opportunity School District that would have given the state wide latitude to take over certain local schools it deemed failing. Voters defeated the plan in a statewide referendum last November amid criticism that it ultimately would steer money away from traditional public schools to charter school firms.

Evans defended her vote, saying she does not support for-profit charter schools and wants local control for public schools. But she said many of her constituents, particularly in poorer Cobb school zones, wanted her to support the measure. 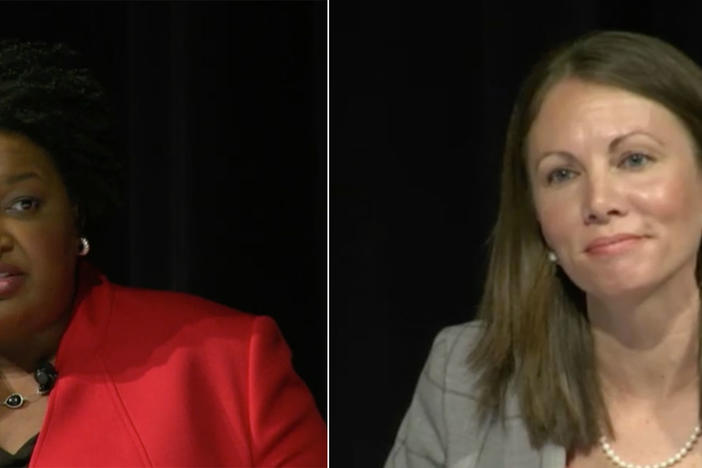 Today on “Political Rewind,” in the aftermath of the Las Vegas massacre, both Democratic candidates for governor say they support action to curb gun... 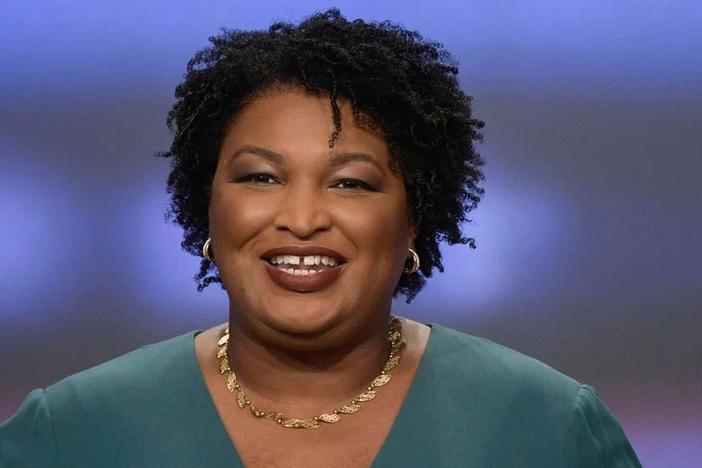