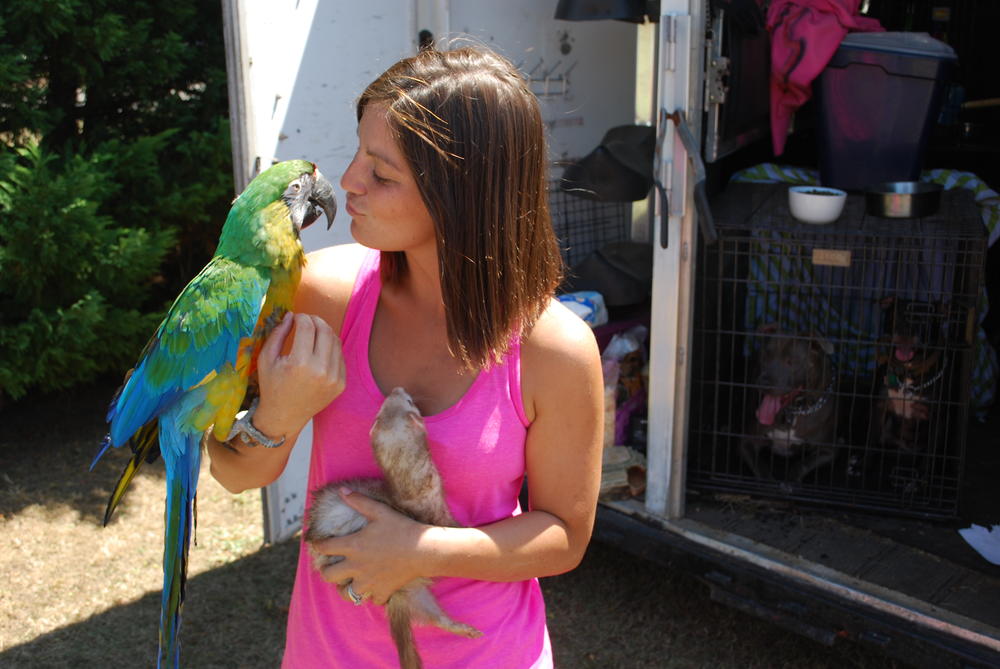 Hundreds of animals and their humans have evacuated to the Georgia National Fairgrounds and Agricultural Center in Perry, Georgia, ahead of Hurricane Irma.

Horses are welcomed with a free stall, three bags of shavings and access to the arenas. State veterinary regulations are suspended for animals coming from Florida and within the state of Georgia. As of Saturday morning, nearly 200 horses were on site, with at least as many humans tending to them. Barn managers say the facility can hold 350 horses in stalls, but no one will be turned away.

Philip Gentry is the Agriculture and Youth Director at the Georgia National Fairgrounds. He said officials are monitoring the storm's path hourly. If major winds hit the fairgrounds in Perry, he said: "The horses will be fine in the barn. But we are going to open the arena to shelter people camping and in RVs."

Carrie Beverage came from Fort Stewart, Georgia, with three horses. She said she planned to buy hay for them upon arrival to the fairgrounds, but high local prices sent her back to the Savannah area to get more food.

“I was calling around and they were charging about ten dollars for a square bale of hay,” she said.  “That costs five dollars normally.  We brought back twelve bales just for three horses, for now.”

A tractor-trailer loaded with donated hay rumbled into the fairgrounds on Saturday morning, available on a first come, first served basis.

Beverage evacuated with her friend Kayla Simmons, of Ludowici, Georgia.

Simmons’ menagerie fills the back of a horse trailer parked in a shady corner of the fairgrounds.

Simmons headed to the store Saturday afternoon to pick up Mango’s favorite snack: sugar snap peas. She brought all her animals to Perry, but left behind her husband. He’s a law enforcement officer who stayed on the Georgia coast to provide first response to the storm. 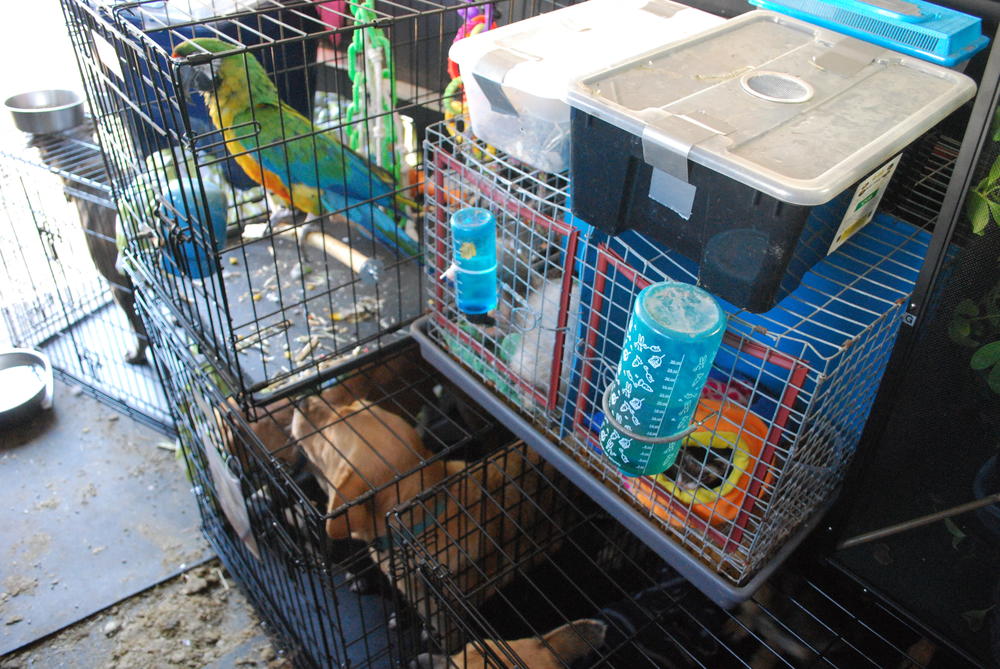 Kayla Simmons transported animals, including dogs, a bird and many reptiles, in the back of a horse trailer to avoid the hurricane and prolonged power outages. 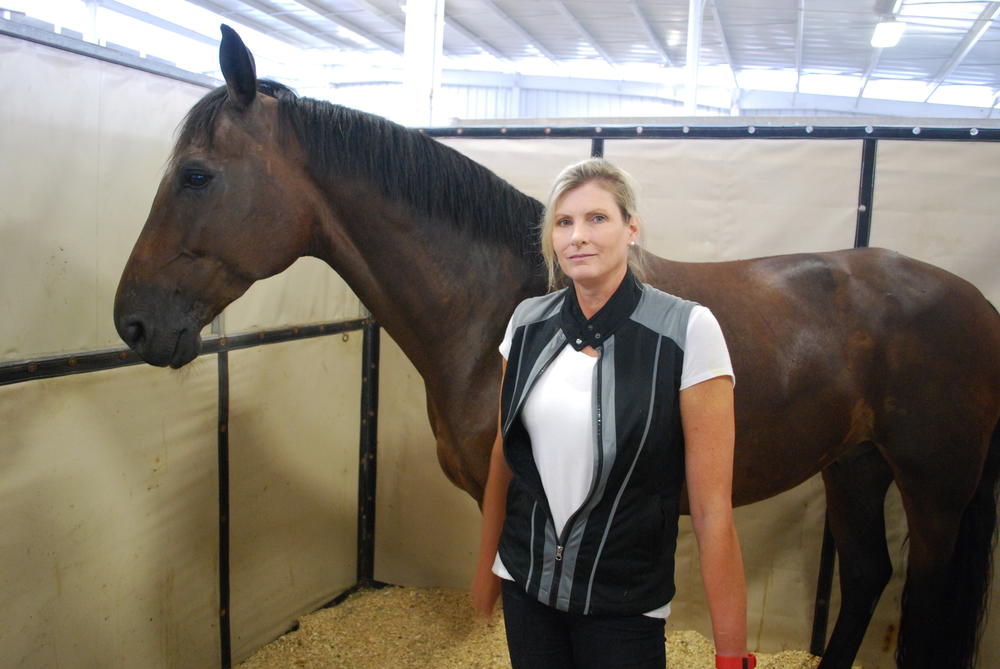 Paige May, of Richmond Hill, Georgia, soothes her horse Fab. 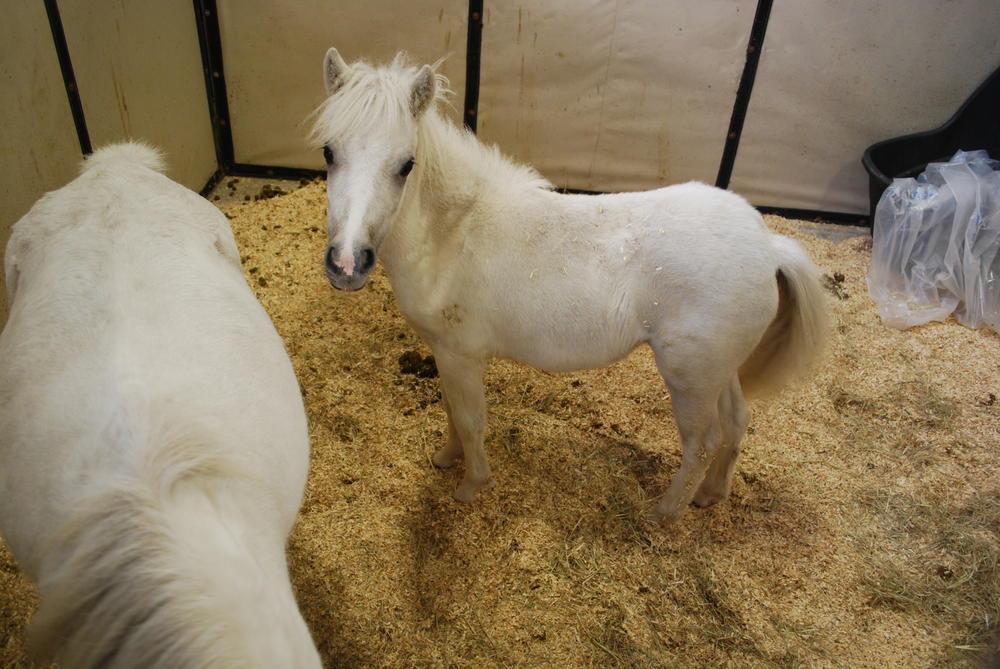 A pony foal is sheltered from Hurricane Irma in Perry, Georgia. 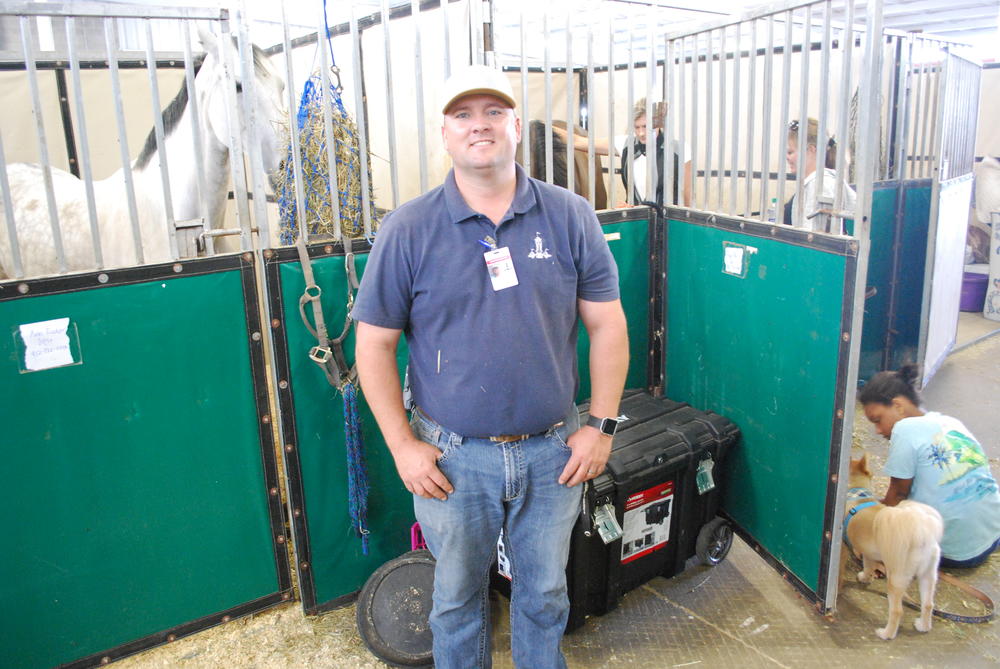 Philip Gentry is the Agriculture and Youth Director at the Georgia National Fairgrounds in Perry. 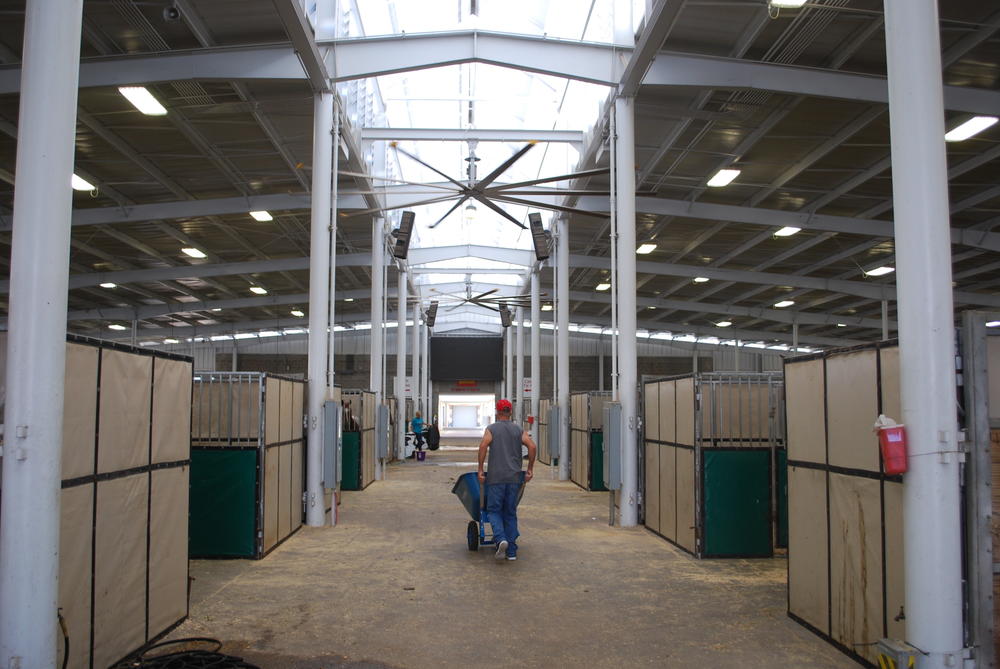 A horse owner hauls shavings at the Georgia National Fairgrounds. 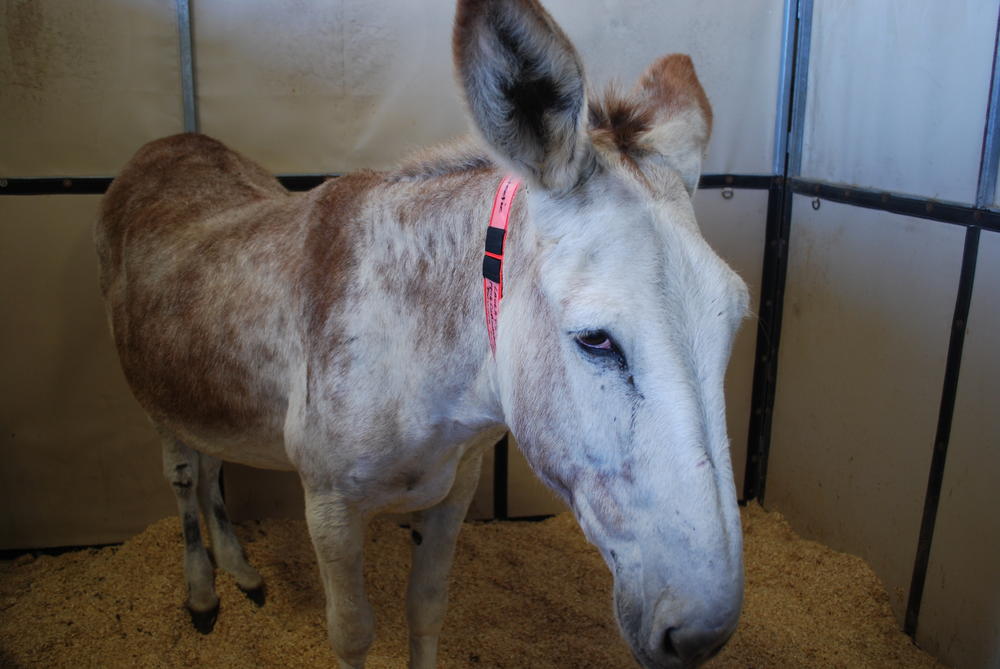 A donkey among the horses at the fairgrounds. 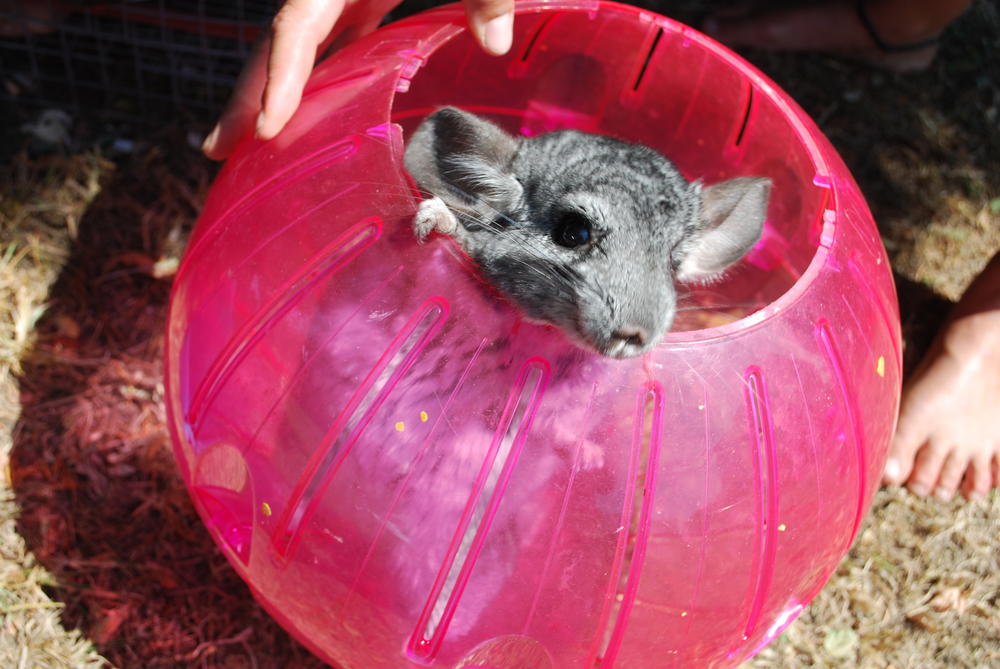 A chinchilla gets some exercise during the evacuation. 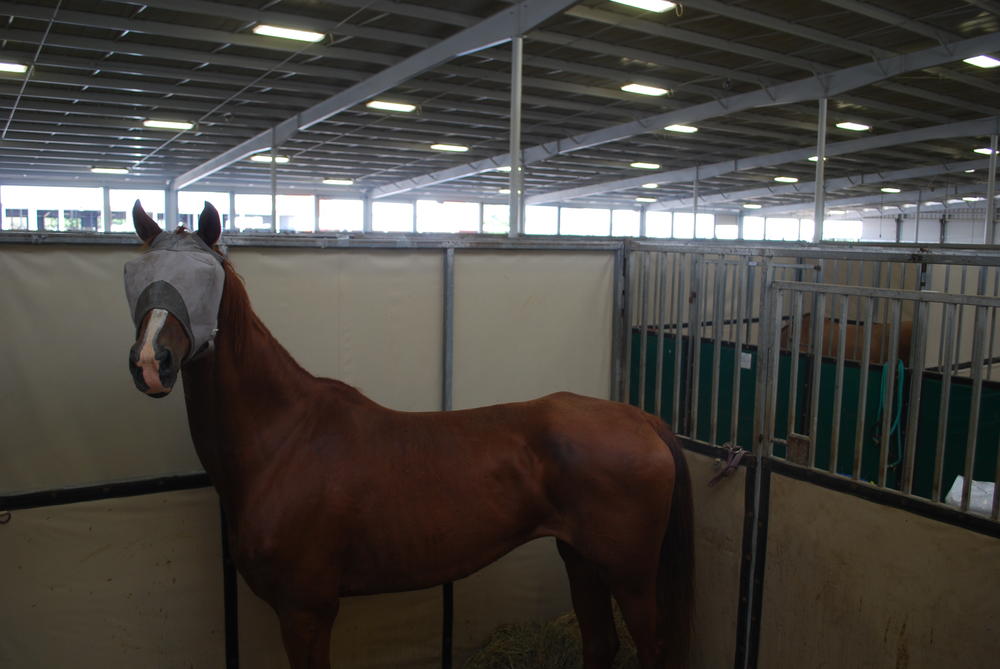 A horse in a fly mask stays alert in her stall. 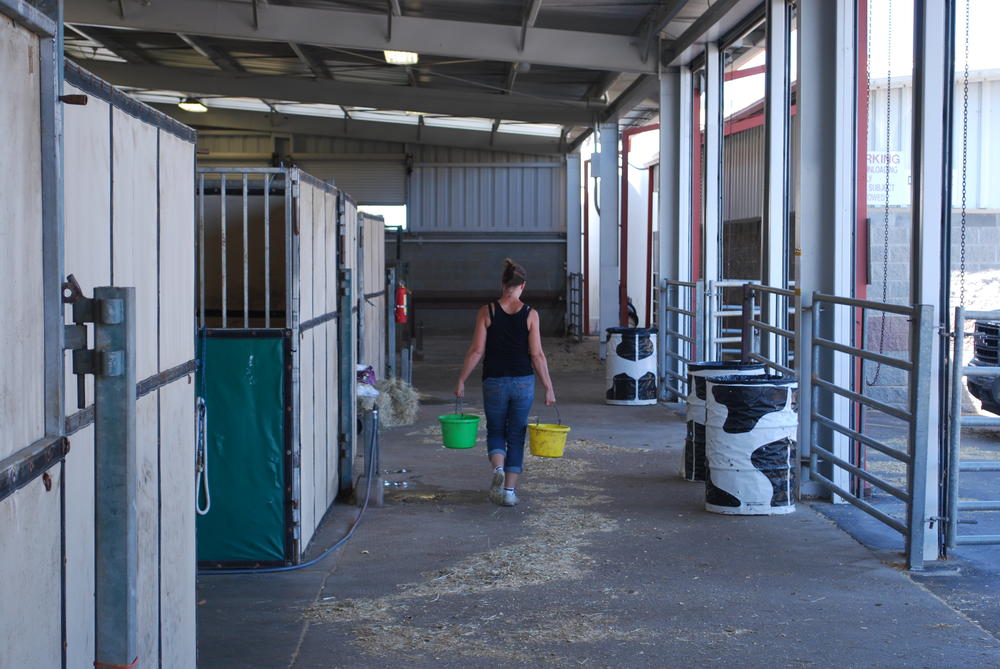 A horse owner carries water to animals on Saturday. 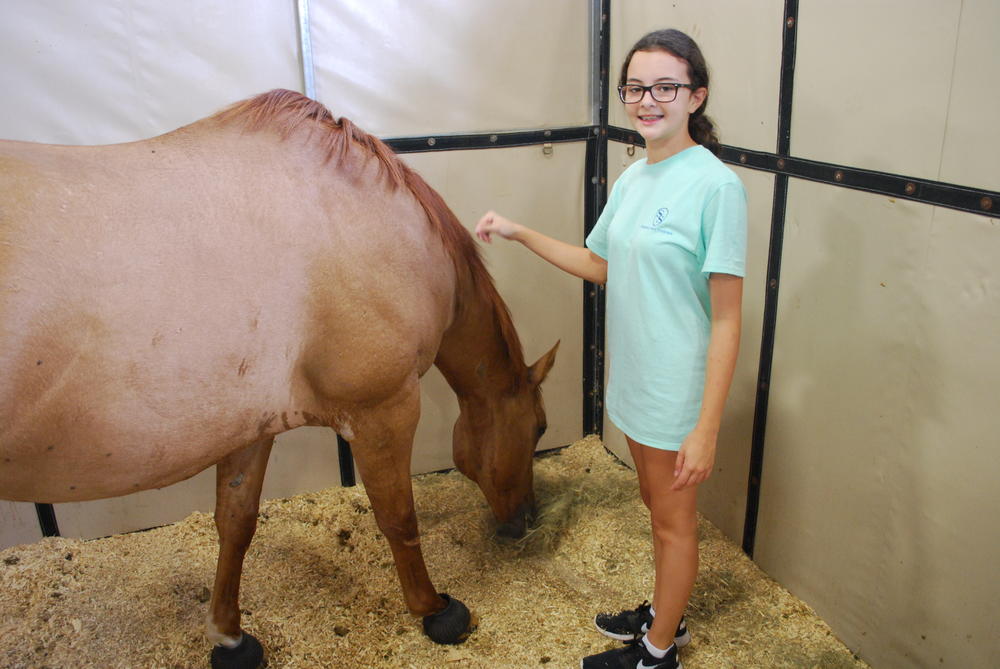 Julia Stevenson and her horse, Ridge. 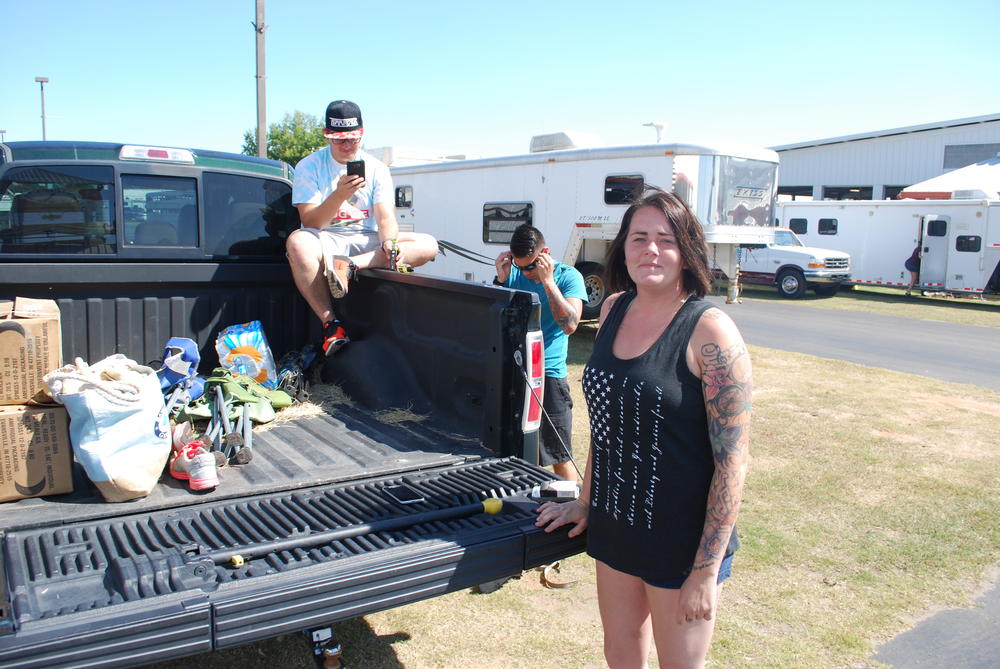 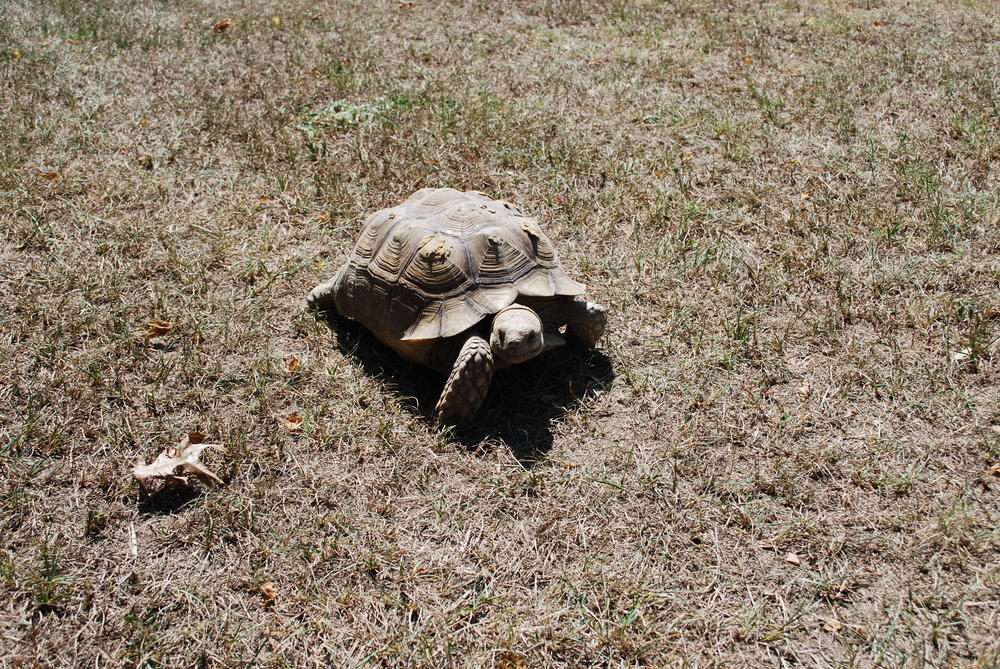 A tortoise gets some air. 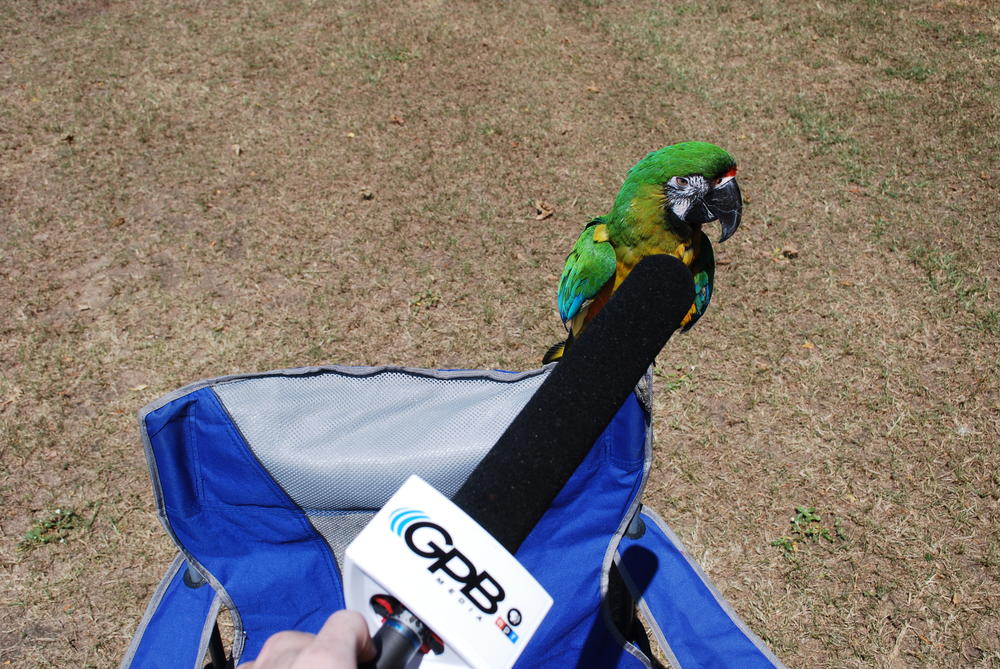 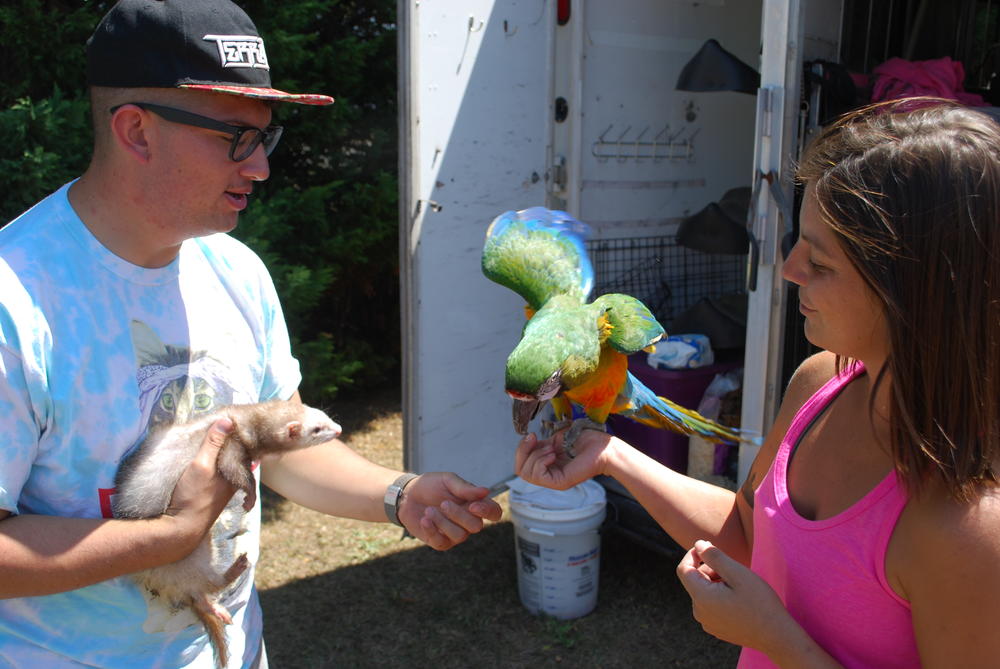 Kayla Simmons and George Cooper hang out with their animals, waiting for the storm to take its course. 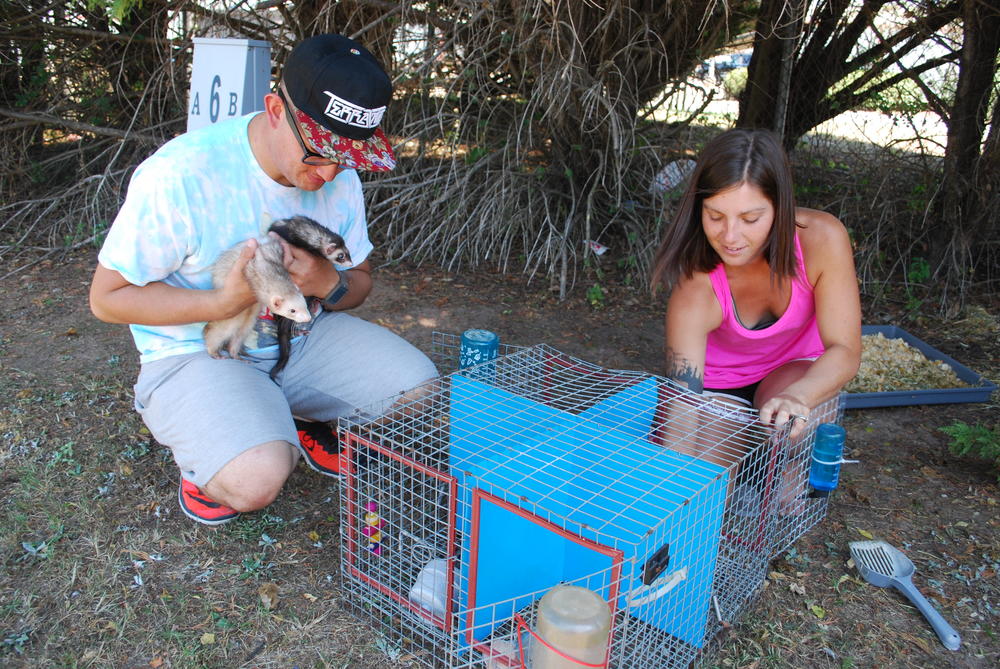 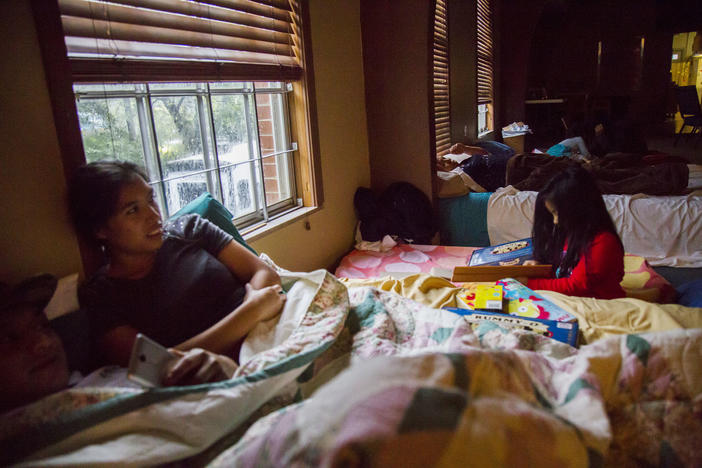 Hundreds of thousands of Georgians are without power as rain and wind whips through the state, downing trees and damaging power lines. In Macon, many...