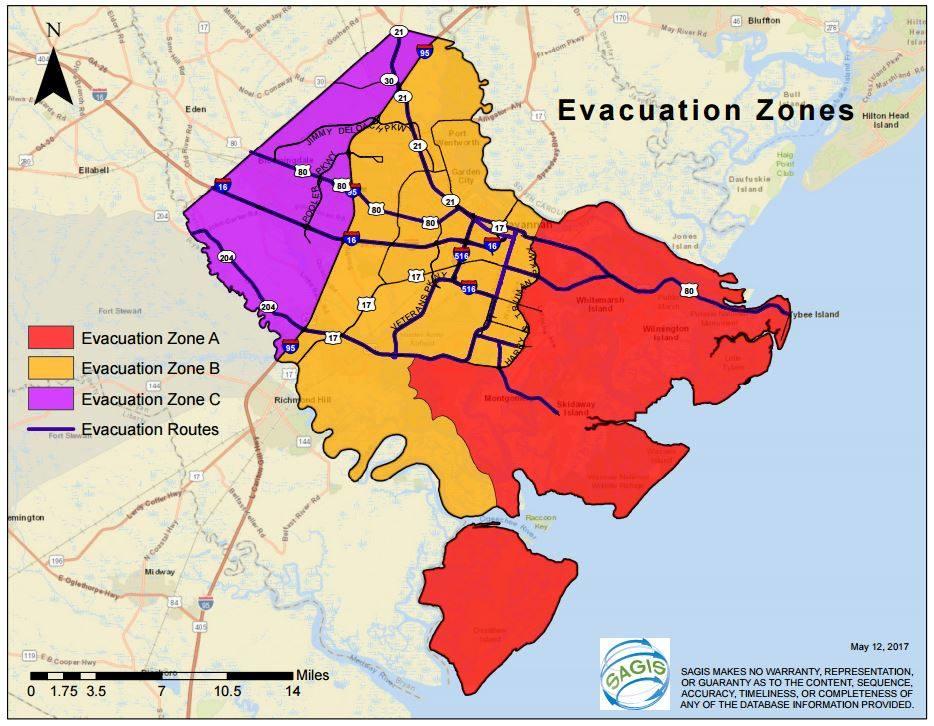 Caption
At a press conference Saturday afternoon, Sept. 9, CEMA Director Dennis Jones said, "All of Chatham County remains in an evacuation order. Zone A is mandatory; zones B and C are in a general evacuation order."

With evacuation information coming from both state and local officials, Chatham Emergency Management Agency held a press conference at 2:30 p.m. on Saturday, September 9, to clarify the status of the evacuation. "No evacuation orders have been rescinded," CEMA Director Dennis Jones said. "All of Chatham County remains in an evacuation order. Zone A is mandatory; zones B and C are in a general evacuation order. The significant threat of storm surge and high wind remains."

Jones went on to say that a general evacuation order is issued to make everyone in that area aware of the risks from Hurricane Irma. He said they recommend people leave but said residents should do what's best for their families. He said a mandatory evacuation is an executive order and law, and that people don't have personal discretion about whether or not to follow it.

County Chairman Al Scott reminded people that it's technically a misdemeanor crime to not follow a mandatory evacuation order, though he noted that it's not usually enforced.

A FEMA representative noted that the most deadly part of a hurricane is storm surge and flooding. That remains a threat for much of the county.

Mayor Eddie DeLoach echoed the message of public safety officials and reminded people to be responsible for caring for their pets. He urged people to reach out to family, friends, or local officials instead of abandoning animals as he said some did earlier today. Additional police patrols will be added to zone A to help monitor the area since it's under a mandatory evacuation.

Jones said they will make sure that the people who evacuated get back to Chatham County, though there's no timeline yet on when they'll be allowed to return. He said 1,356 people have already evacuated today from the Evacuation Assembly Area (EAA) at Savannah Civic Center. During Hurricane Matthew, he said a total of 2,500 people evacuated through EAA.

Contra-flow on I-16 will end today at 4 p.m., due to lighter than expected volume of traffic. CEMA officials will hold another press conference tomorrow to provide updates. They will determine tomorrow whether a curfew is needed and will share those details as well.