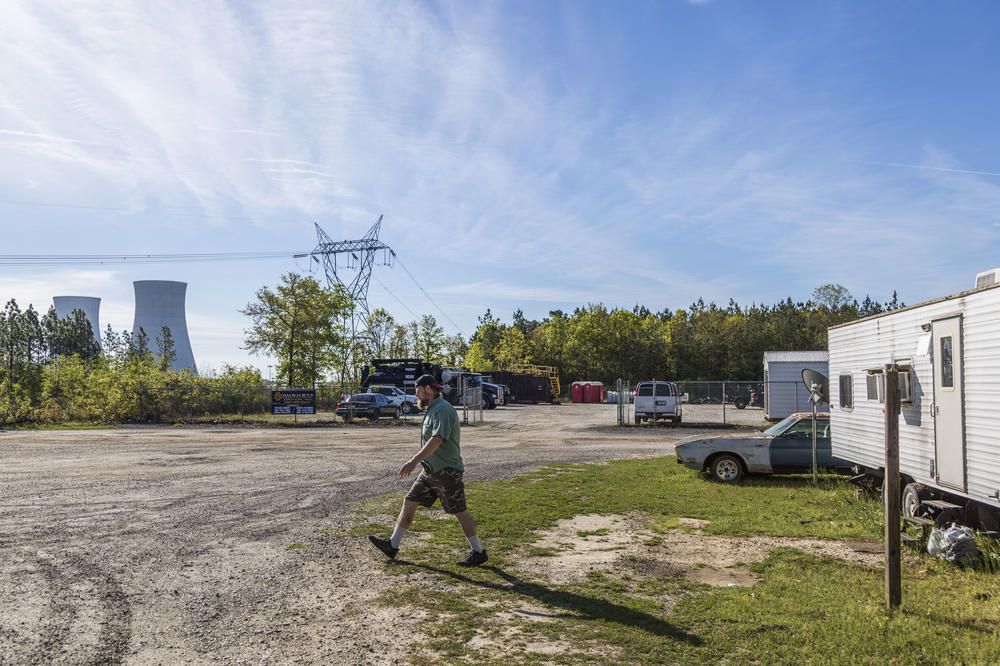 Jonathan Fensamaker walks from his RV to the convenience store where he works across from Plant Vogtle near Waynesboro, Ga. Fensamaker shares his RV park with many of the temporary construction workers at the plant. / GPB

Just up the road from Plant Vogtle, about 30 miles south of Augusta, sits Hawkins Rentals.

Rows of RV campers hunch on sandy lots beneath longleaf pines. About a mile away, large cooling towers from the nuclear power facility belch clouds of steam into the air.

On a recent weekday morning, the RV park was quiet. A dog paced in an elaborate kennel built onto one camper. A woman tended to a washer and dryer dropped, in the open, next to another.

For the most part, the temporary workers who call the place home were at their jobs at the plant.

Those trailers run about $650 a month, and RV sites with electric, water, and sewer hook-ups are about $350. Hawkins also owns the convenience store out front that sells everything from beer to fluorescent safety vests.

He’s a big fan of Georgia Power, the majority owner of Plant Vogtle. The facility, located about 30 miles south of Augusta, already has two operating nuclear reactors, Vogtle 1 and 2, built back in the '80s.

The utility says it needs the new reactors, Vogtle 3 and 4, to meet rising energy demands. They were originally scheduled to start running this year, but delays have plagued the project from the start.

And now, a cloud of uncertainty hangs over the expansion. Last month, Westinghouse Electric Company, the main contractor on the project, filed for bankruptcy.

It’s unclear how that will impact Vogtle’s cost or timeline and whether the new reactors will be finished at all.

“I don’t want anything bad for the plant, but obviously the delays have been good for me, because it’s extended the time I can be in business here,” Hawkins said. “At least be in business with a captive audience.”

Hawkins said he knew that captive audience would only be around during construction. Whenever that stops, he hopes he’ll have enough business to keep his store busy, even if his RV park isn’t.

Further up the road, past just a few of the many sirens that would warn of a disaster at the plant, Krystal Chance also depends on Vogtle.

“It’s the truth. It is. The longer it takes them to built it, the longer we have job security here,” she said.

Chance owns the Kountry Peach, a meat-and-three restaurant popular with Vogtle workers. She also caters meals to the plant, sometimes feeding thousands at a time.

At lunchtime, Chance’s restaurant buzzes. Vehicles plastered with the names of the contractors working on the expansion roll in and out of its gravel parking lot. The project employs about 6,000 people who could lose their jobs if construction stops.

Jacob Sauls is one of them. He works for a contractor that’s clearing land for the new reactors. His company works throughout the region, so he’s not concerned about this job going away.

“We have jobs in seven other states that we work on,” Sauls said, stepping out of his truck. “I have not had any sleepless nights over this. We’re pretty good. We’re not too worried.”

But it’s hard to tell if other Vogtle workers feel the same way. Outside of Sauls, the rest of the lunch crowd at the Kountry Peach declined to talk about the project or its future.

Construction at the plant will continue through the end of the month while Georgia Power renegotiates its contract with Westinghouse and works with state regulators at the Georgia Public Service Commission.

For now, it’s still too early to predict Vogtle’s fate.

“We’re going to ultimately do what’s in the best interest of the state and our customers and our company,” said Georgia Power spokesman Jacob Hawkins. “It’s too early to commit one way or the other, but we’re looking at all options as we go through this process.”

Tonya Bonitatibus, who runs the conservation group Savannah Riverkeeper, worries what those options could mean for the nearby waterway.

She pilots her boat up the river that forms much of the border between Georgia and South Carolina to the spot where Vogtle pulls in water to keep its reactors cool.

Her biggest concern? If Georgia Power decides to finish the project, it will focus on cutting costs.

“And usually environmental mitigation is where that happens first,” she said. “So, I would say that this probably leaves the environmental issues in a little bit more of a hairy situation.”

Still, Bonitatibus said someone needs to look at Vogtle’s price tag. Georgia Power customers all over the state have seen charges for the project on their power bills for years.

“You know, it’s taking money from us and investing it in a risky project that may or may not ever give us any benefit,” said Liz Coyle, who runs the consumer advocacy group Georgia Watch.

She said now’s the chance for the state’s utility regulators to cap how much Georgia Power can charge ratepayers for Vogtle. Coyle said the utility has already collected almost $2 billion from its customers for the project.

“They’ve basically got a blank check from the ratepayers of Georgia,” she said. “We need to tear up that blank check.”

That would force Georgia Power to decide whether finishing the Vogtle expansion on its own dime is really worth it.

And the company doesn’t have to look far for a lesson on the perils of investing in nuclear energy. Westinghouse blames its own financial woes on nuclear power projects like Vogtle. 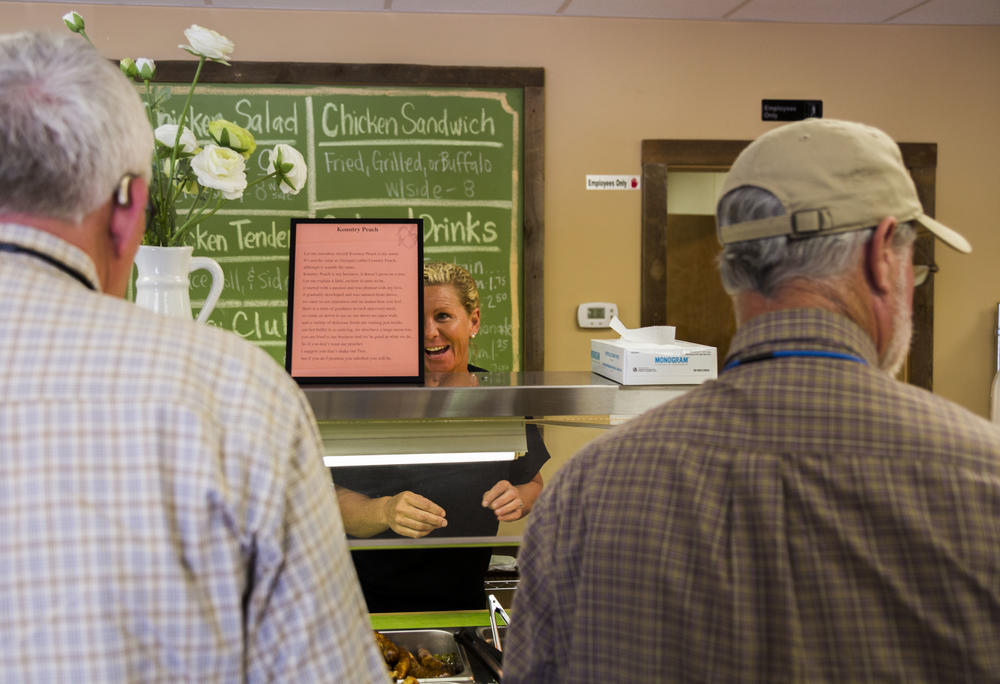 Krystal Chance, center, shuttered a restaurant in another town and opened a new one near Plant Vogtle to capitalize on the temporary city around the construction site. / GPB 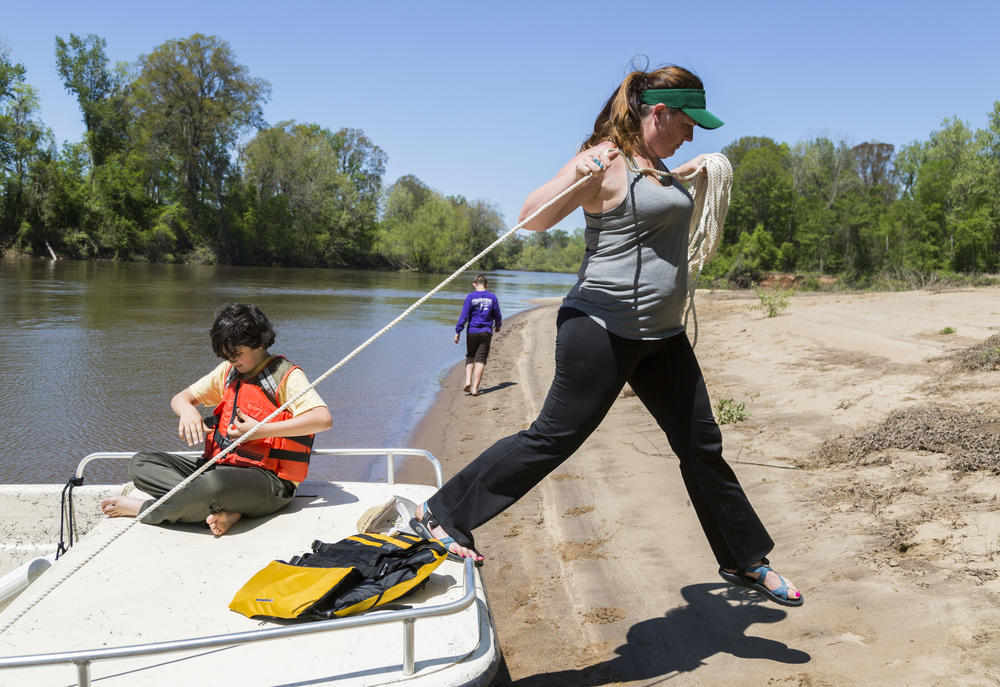 Savannah Riverkeeper Tonya Bonitatibus with her sons on a favorite sand bar just upstream of Plant Vogtle. She worries that environmental safeguards might be the first corners cut if money for the Plant Vogtle construction project gets tight. / GPB

The cooling towers of Vogtle 1 and 2 next to the construction cranes erecting Vogtle 3 and 4. / GPB 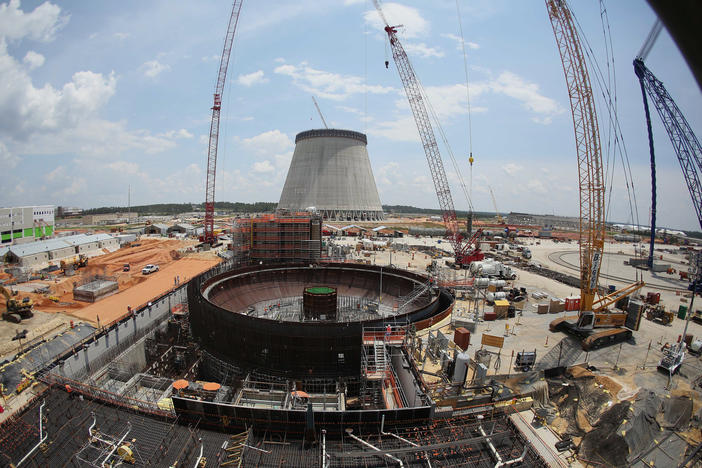