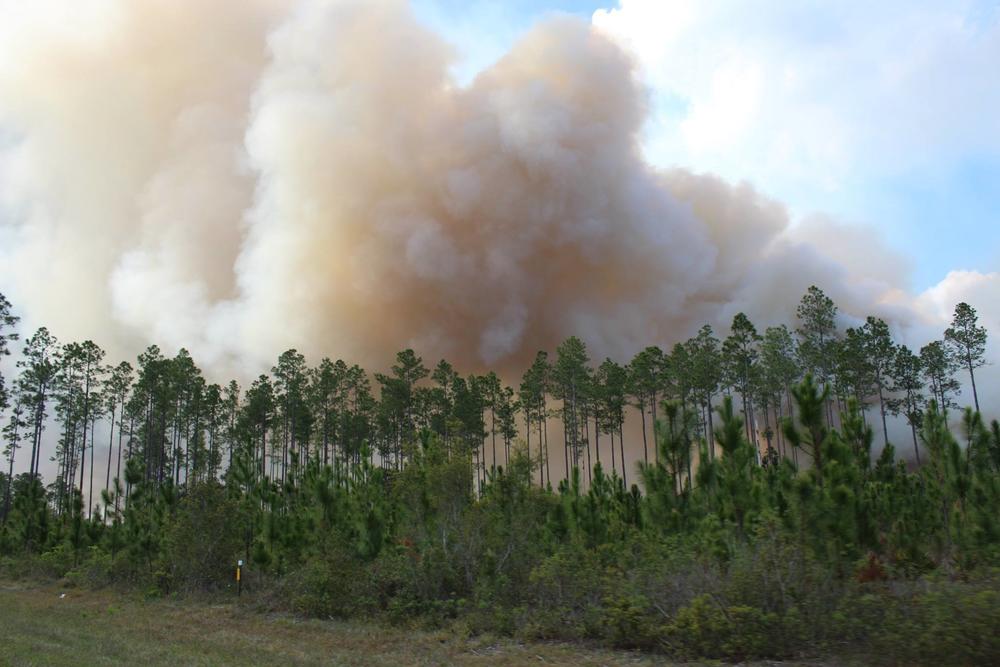 Caption
The West Mims Fire continues to burn across 19,000 acres on the Georgia-Florida line.

An immense wildfire continues to burn across 19,000 acres on the Georgia-Florida state line. The West Mims Fire was ignited by a lightning strike on April 6, and firefighters from Georgia and Florida have been working to contain it since.

“Wildfires are burning more than 20,000 acres in Florida right now, and we haven't seen this active of a season since 2011. From St. George Island in the Panhandle to a wildfire just north of one of the world's most famous tourist attractions in Orlando, we're seeing that every area of our state is susceptible to wildfire,” said Florida Commissioner of Agriculture Adam H. Putnam in a statement.

Crews have initiated strategic operations below the southern border of the fire to burn out possible fuels and to prevent the blaze from moving further south.

The Refuge is considered a wilderness area. Most fires in the Refuge are allowed to burn with a minimal amount of interference. But, the fire has spread onto areas outside of the Refuge and firefighters must contain fires on private land.

A burn ban is currently on for all campfires and grill use in the Okefenokee National Wildlife Refuge.

Governor Rick Scott of Florida, issued an executive order declaring a state of emergency for Florida on April 11.

“I thank Governor Scott for signing this executive order, which will ensure we have every resource available to us to combat these wildfires to protect life, property and wildlife. May God bless our brave firefighters who are working tirelessly to protect us,” Putnam said.

Smoke from the fire has led to periodic road closures in the area. Florida 2/Georgia 94 are closed from the Florida agriculture check station at the state line to the east to U.S. 441 at Fargo, Ga., to the west. The Wilderness Canoe Trail in the Okefenokee National Wildlife Refuge is also closed.

Early Monday morning, wildfires led to the closure of parts of State Road 528 near Orlando, State Road 407 near Cocoa and State Road 44 in Lake County.

Scott, Attorney General Pam Bondi, Chief Financial Officer Jeff Atwater and Putnam issued a resolution recognizing April 9-15 as Florida Wildfire Awareness Week. Since the beginning of the year, 1,428 wildfires have burned 68,705 acres in Florida. This is about twice the amount of fires and almost five times the numbers of acres burned in the state at this time last year.

“Wildfire Awareness Week is an important reminder that all Floridians and visitors play a critical role in helping to prevent wildfires,” said Florida State Forester Jim Karels. “With such an active wildfire season and much of Florida experiencing significant drought conditions, residents and visitors should take every precaution to help prevent wildfire.” 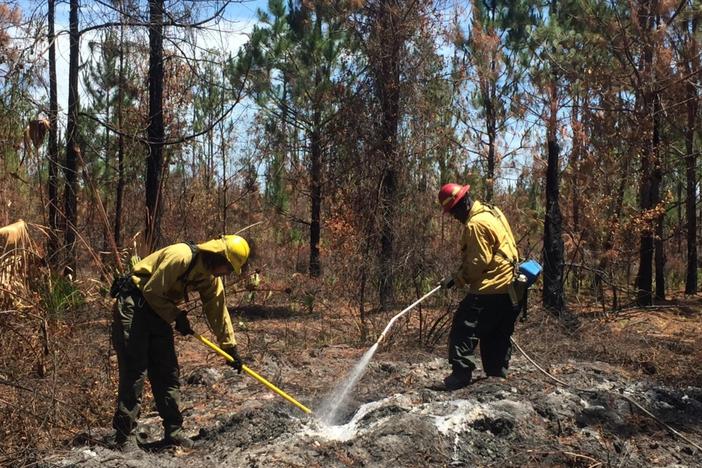 Vast Georgia Wildfire Almost Out After Days Of Soaking Rain

A wildfire that burned vast acreage and at one point threatened hundreds of homes near the Georgia-Florida state line has been nearly extinguished after... 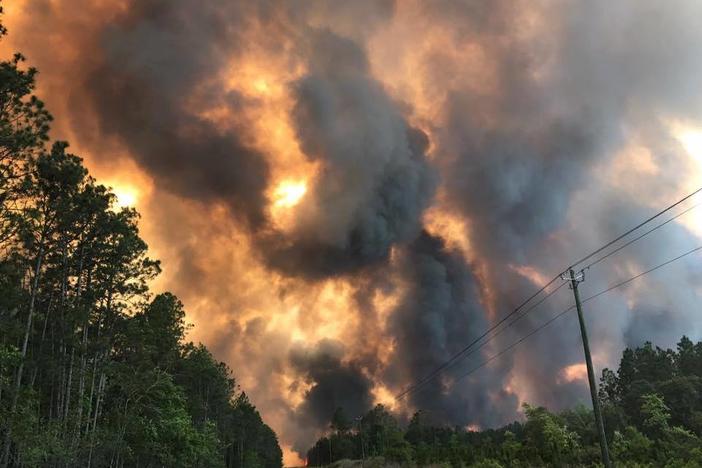 The wildfire in the Okefenokee Swamp has been raging for nearly two months, burning more than 152,000 acres near the Florida-Georgia line and sending... 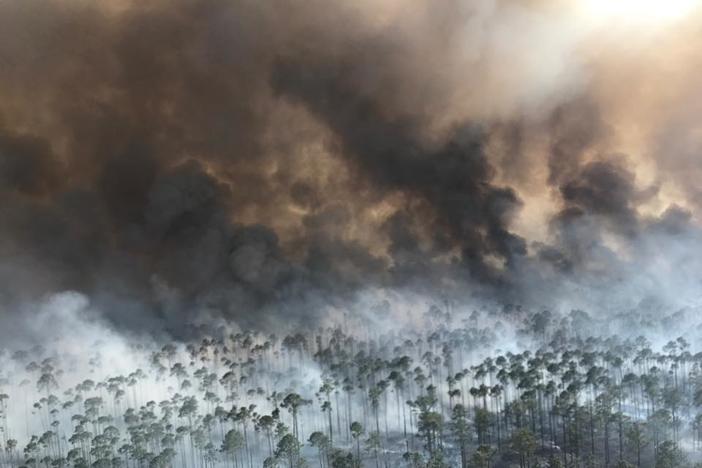 A wildfire on public lands near the Georgia-Florida state line has blackened 115 square miles after doubling in size within a few days, officials said...