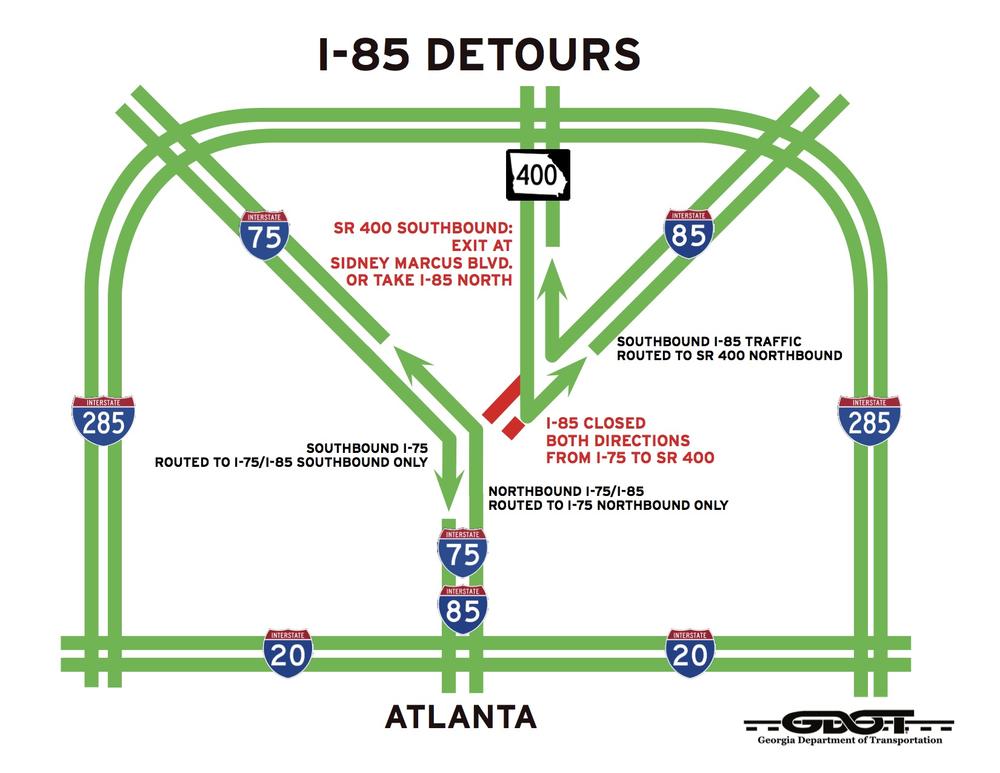 Many commuters in some of Atlanta's densely populated northern suburbs will have to find alternate routes or ride public transit for the foreseeable future after a massive fire caused a bridge on Interstate 85 to collapse, completely shutting down the heavily traveled highway.

Georgia's top transportation official said there's no way to tell when the highway, which carries a quarter-million cars a day, can be safely reopened to traffic in either direction following the collapse, which happened Thursday afternoon during rush hour.

"We will have to continue to evaluate the situation and adjust as we do," Georgia Department of Transportation Commissioner Russell McMurry said. "This incident — make no bones about it — will have a tremendous impact on travel."

I-85 is closed from I-75/Brookwood split to the North Druid Hills Exit and Georgia DOT is asking motorists to avoid the area.

The Metropolitan Atlanta Rapid Transit Authority has increased rail and bus services and said they’ll have additional staff on hand to help passengers figure out how to get where they're going.

“You can catch a train every eight minutes coming from North Springs or Doraville area, and once you get into town, the trains are running about every five minutes,” said MARTA General Manager Keith Parker.

Governor Nathan Deal declared a state of emergency Thursday night, saying the state is mobilizing resource to try to keep traffic disruption to a minimum while emergency work continues.

At this time, officials are unsure of a repair timeline.

“At this point, I don’t have the ability to tell you how long it will take to restore I-85,” said Commissioner McMurry. “Repair to this essential interstate is a top priority and we will be doing everything within our power to expedite the rebuilding process.” 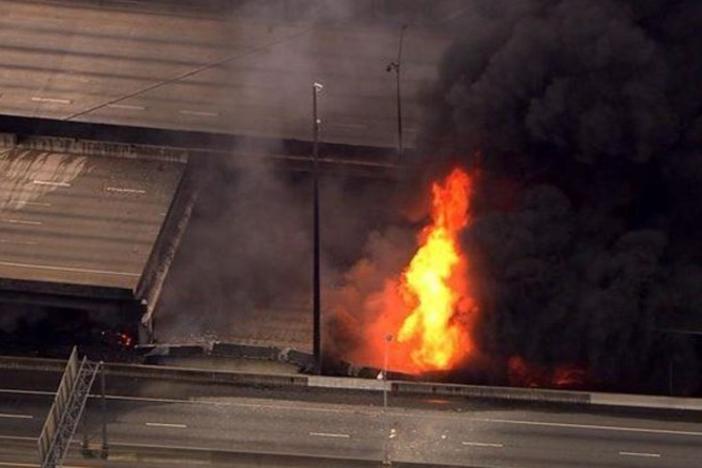