Was 'House Full Of Girls' A Business Or Criminal Enterprise? 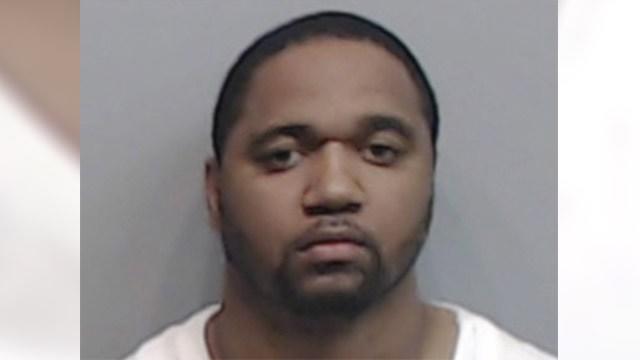 A Georgia man forced women he held at a million-dollar mansion to get gang-related tattoos, collected all the money they made at a strip club and threatened them if they wanted to leave, a prosecutor said Thursday.

But a lawyer for Kenndric Roberts, 33, said his client simply "had grand designs to become a very wealthy person," never held the women against their will, showered them with lavish gifts and promised to share profits from his entertainment company.

A judge dismissed 11 of the 14 charges against Roberts and set his bond at $80,000 for the remaining charges, two counts of false imprisonment and a gun charge.

Fulton County Magistrate Judge Jaslovelin Lall remarked she wasn't sure if she was listening to a civil contract dispute or a criminal case.

Roberts was arrested March 7 after a woman called 911 saying she was in a "house full of girls" who were being kept to dance for money. Sandy Springs Police said they helped eight women leave the two-story, 6,800-square-foot (630-square-meter) home in a gated subdivision just outside Atlanta.

Detective Justin Clutter testified during Thursday's hearing, revealing even more details about the case against Roberts:

Roberts said he had a company called Live Star Nation that represented athletes and models. He met at least some of the women online and promised signing bonuses and other payouts that never materialized, Clutter said.

Roberts had the women tattoo their wrists with Gangster Disciples gang tattoos: "SOS," for "sisters of struggle," or "LOP," for "loyalty over pride." Roberts told investigators the tattoos showed loyalty to the brand, though several of the women said he was a gang member and he also posted photos on Instagram showing gang tattoos on his chest.

The women had to give Roberts money they made at the Pink Pony strip club, and he didn't let them keep cash. One recorded a video showing Roberts yelling threats over $140 that was missing.

The contracts the women signed said they would be fined for various infractions, including turning off the GPS on the phones he gave them. One woman said he threatened to have someone cut out the breast implants he paid for if she left.

Another woman said Roberts bought cars in her name without her permission and that she had used a secret cellphone she had hidden in a bathroom to email the attorney general seeking help because she was afraid.

When police came to the door to serve warrants after the 911 caller left, that woman answered the door and said, "Help me."

Roberts — in a navy blue jail uniform and with a paperback Bible on the table in front of him — sat next to his attorney during the hearing Thursday, occasionally smiling or shaking his head during some of the detective's testimony.

Prosecutor Irina Khasin said there are additional victims, including some who contacted the FBI, and more charges will be brought. FBI Special Agent Stephen Emmett said a federal human trafficking investigation into the matter is ongoing.

However, Roberts' attorney said the women were treated well and free to leave anytime. Mike Maloof Sr. told the judge his client kept detailed financial records and poured at least $35,000 of his own money — earned from two cleaning company franchises he and his father own — into the entertainment company.

The women's contracts said they'd get a share of the profits at some point and would get housing, food and other benefits, Maloof said. Roberts provided health insurance, a personal chef, expensive clothing and jewelry for the women, and toys for their children. They also had access to luxury cars like Porsches and BMWs.

Roberts spent $20,000 for two of the women to have plastic surgery in the Dominican Republic, and $1,000 for another to vacation with her mother, Maloof said. The woman who called 911 had lived there about a month and received lavish perks despite not working as she recovered from the plastic surgery, he said.

"Everybody had grand designs on making money. They lived well. That's not trafficking," Maloof said.

Roberts wasn't even aware he had been reported to police: After the 911 caller left the mansion, he called police saying she had left and stolen clothes and jewelry from him. 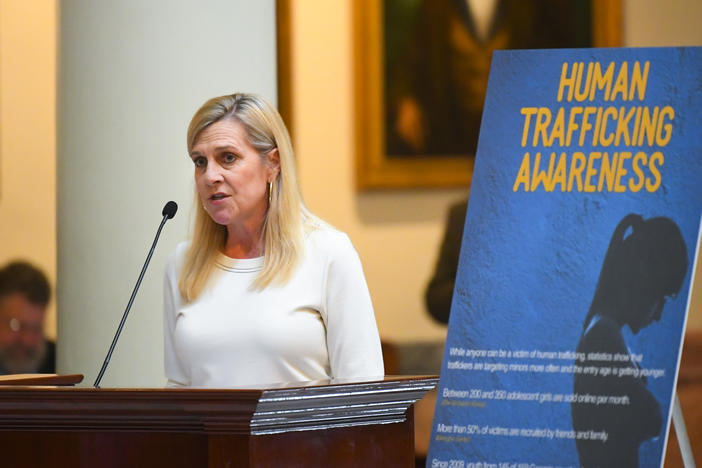 Georgia’s Republican governor and first lady have announced a slate of legislative measures they want to see enacted this year to combat human... 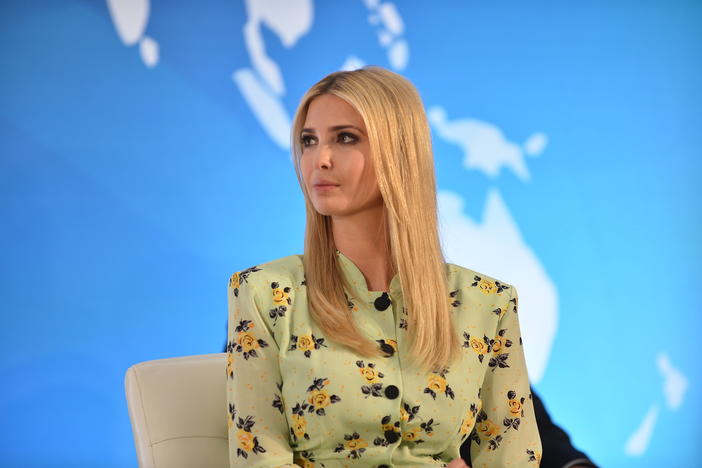