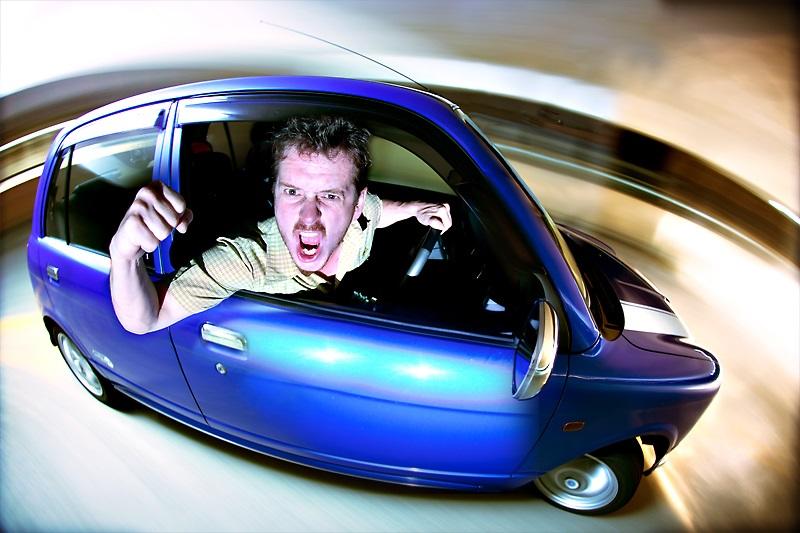 Don Smith is one of many Atlanta residents who has a real problem with the city's traffic. Smith is the acting senior producer for "On Second Thought," and he has a thing or two to say about Atlanta’s roadways. This is part of our occasional series, The Gripe Bag.

Much  can be said about Atlanta’s roads and streets and sidewalks. But the FCC takes a dim view of many words that apply, so I will mind my manners, if not my malice. First of all: why are developers and deliverers favored over mere drivers?

How often does traffic where you are start slowing inexplicably, and people start trying to wedge their cars into your lane, because a delivery truck is parked in the street, when there is a driveway or a parking lot adjacent to the addressee that would solve the choking problem?

And the numberless construction projects that erupt without warning, and are perfectly happy to park their cement mixers or cinder block transporters in the street when there’s plenty of space on the building site?

And how about advance notice, of when these projects are going to start so you can at least try to find a better route to work?

Any of you who have endured the Northside Drive Improvement Curse know what I’m talking about. I expect to see a notice on completion on that site one day before The Second Coming.

And the City Council’s recent decision to permit closing of streets around Underground looks a lot more like a favor to the developer than a benefit to citizens. Fewer open streets. Right.

You also wonder about the imposition of what is euphemistically termed Traffic Calming. I know on my own street, I was not aware of any Traffic Hysteria. And the construction of little islands in the middle of the street where once there were multiple lanes only means access to turn lanes is shorter. I guess stopped traffic is, by definition, calmer than moving cars. Drivers, on the other hand …

If the idea were to mark lanes more clearly, much narrower little planters would do just fine.

But width is apparently seductive to traffic engineers. It makes them steal even more land for a planter from one’s front yard than was needed for an adjacent sidewalk.

If you want to see just how effective much of our street planning is, stand on Peachtree near Pershing Point. There are two signs on adjacent posts, pointing directly at each other: each read DETOUR. But that’s probably what you’d expect in the vicinity where work on a sidewalk by the bridge near the Amtrak station seems to have been going on since the days of steam power.

That project also raises the orange traffic cone question: why do those cones block lanes  so far before the actual work begins? How hard would it be to move the cones as the work progresses, rather than erect them as if every day is the last?

And why, fellow citizens, should police and administration vehicles not on an emergency call be permitted to use lights and sirens to escape the frustration and gridlock and jams that drive the rest of us nuts?

That is a topic for another day when I hope we can discuss the piratical monetization of parking and traffic fines. It’s in the file marked "Rank Has Its Privileges," indeed.