Caption
From top to bottom and left to right, the eight men Georgia has executed in 2016 and William Sallie, bottom-right, whose execution is scheduled for Dec. 6.

On Tuesday night, Georgia plans to carry out its ninth execution of the year, the most since the U.S. Supreme Court reinstated the death penalty in Gregg v. Georgia in 1976.

At the same time, new death sentences are getting rarer and rarer. It’s been more than two years since a Georgia jury handed one down.

Attorney Jack Martin has been doing that work for years, and his office in Atlanta is covered in records of the death penalty cases his office handles.

“It’s a mess here with files and stuff right now,” Martin said on a recent morning.

Paper piles on his desk and stacks on a large wooden dining table. It fills boxes that bear the names of his clients in bright green marker.

That’s Sallie as in William Sallie. After years of legal proceedings, he’s scheduled to die Tuesday for the 1990 murder of the father of his estranged wife in Bacon County.

“It’s hard to say how someone who is healthy, not posing a threat to anyone, can process the fact that the state’s about to kill him,” Martin said. “I don’t know how he processes that.”

Sallie was first sentenced to death in 1991, but that sentence was overturned because one of his court-appointed lawyers had a of a conflict of interest. Sallie was sentenced again in 2001.

Sara Totonchi, Executive Director of the Southern Center for Human Rights, which at one time represented Sallie, said those sentences were handed down during a very different time in Georgia’s criminal justice system.

“For many years in Georgia and across the South it was just a free-for-all, really a bloodbath,” she said.

Totonchi said Georgia’s public defender system used to be managed on the local level and was understaffed and underfunded.

“You [were] basically being thrown to the wolves,” she said. “District attorney’s offices had every resource at their disposal, and people facing the death penalty literally had nothing.”

A remedy came in 2005, with the launch of the Georgia Public Defender Council, a more robust state-run public defender system that provided defendants with better representation.

But even then, to get life without parole, prosecutors first had to seek the death penalty. A 2009 law removed that requirement.

“[The] law allowed for prosecutors to get a sentence that made sure that nobody ever got out of prison, but didn’t have the high cost and the long years of appeals that the death penalty does,” Totonchi said.

That change, she said, played a key role in reducing the number of death sentences. A Georgia jury last handed one down in March 2014.

“That may have been a significant factor in reducing the number of death penalties that you’re seeing,” said retired prosecutor Fred Bright.

Bright’s no stranger to the death penalty. He successfully obtained eight death sentences during his 21 years as the district attorney for the Ocmulgee Judicial Circuit.

“It’s not a notch on your belt. This is human life that we’re talking about,” Bright said. “The bottom line is I would never ask the jury--or seek the death penalty--if I could not impose it and vote for it myself had I been a juror in one of their shoes.”

Bright said most of his death sentences came prior to Georgia’s change to its public defender network and sentencing laws, but balked at the idea that the old system led to bad decisions, especially since the rulings faced a litany of appeals.

Robert Dunham, with the Death Penalty Information Center, disagrees. He pointed to the lack of recent death sentences as a sign the old system was broken and didn’t do enough to protect defendants.

“What we are actually seeing is Georgia executing the judicial mistakes of the 1990s and early 2000s,” Dunham said. “The people who are being executed today are not people whom juries would sentence to death today.”

Dunham said national trends also show a decline in the popularity of the death penalty.

Though almost two-thirds of the county still support it, Gallup says opposition to the death penalty has been steadily increasing for decades. At the same time, the number of death sentences and executions is falling nationally.

“There’s a certain momentum in these cases toward the end, and it’s often hard to get courts to pay attention at the last minute,” Martin said. “So, we’re trying to stop that train wreck from happening.”

Martin has an argument to make. He contends one of the jurors who sentenced Sallie to death was biased and lied during jury selection, information that was only recently discovered.

Martin said a court has never reviewed that claim, because Sallie missed a deadline to have it heard by just eight days.

“A missed deadline! And what’s so crazy: a missed deadline at a time when the defendant had no attorney. How’s he supposed to know about the precise deadline?” Martin asked.

Martin took that argument to the Georgia Board of Pardons and Paroles Monday, but they denied his plea for clemency for Sallie.

In the meantime, the case has received some national attention. Norman Fletcher, retired chief justice of the Supreme Court of Georgia, penned an op-ed in the New York Times Monday highlighting issues he sees with Sallie’s case. 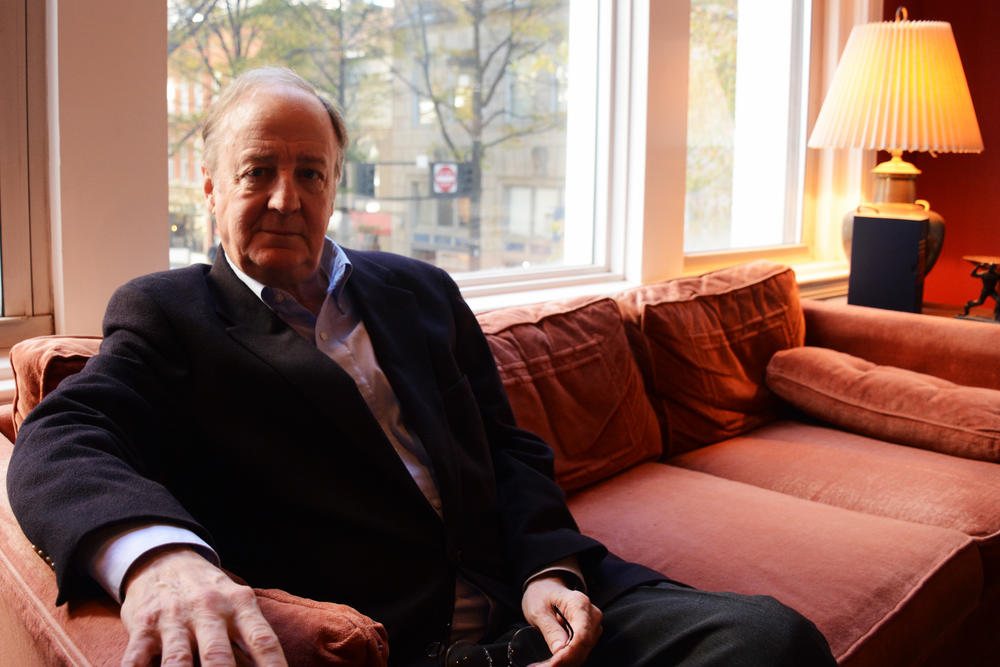 Caption
Jack Martin says he will work up until the last minute to stop William Sallie's execution. 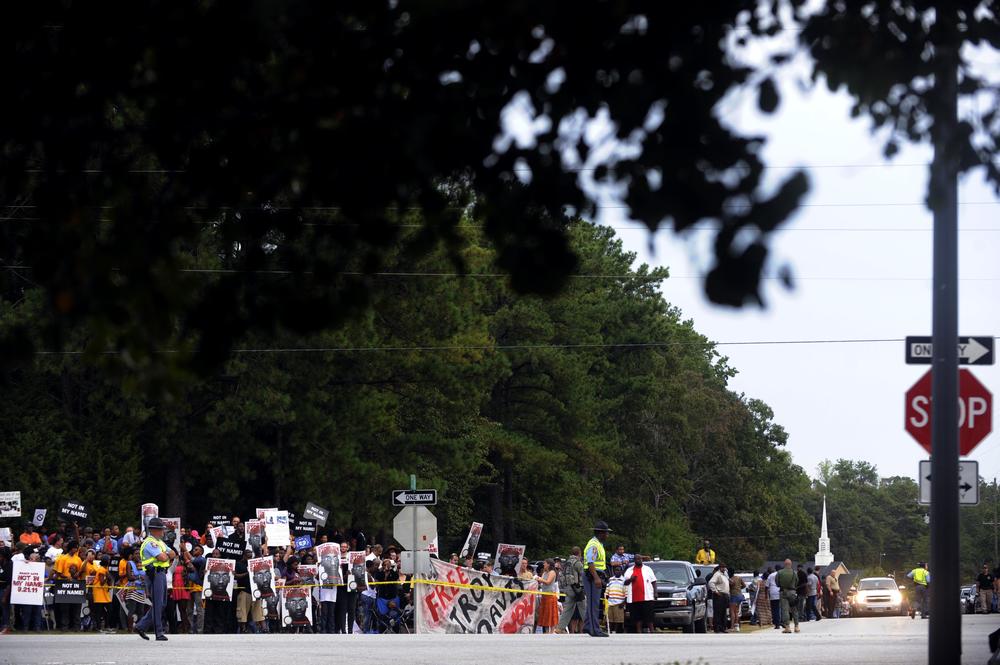 Caption
Protesters overflowing the 150 person protest area on the campus of the prison in Jackson where Troy Davis was executed in 2011. Davis was convicted of murdering a police officer in Savannah in 1989 but maintained his innocence until the end. 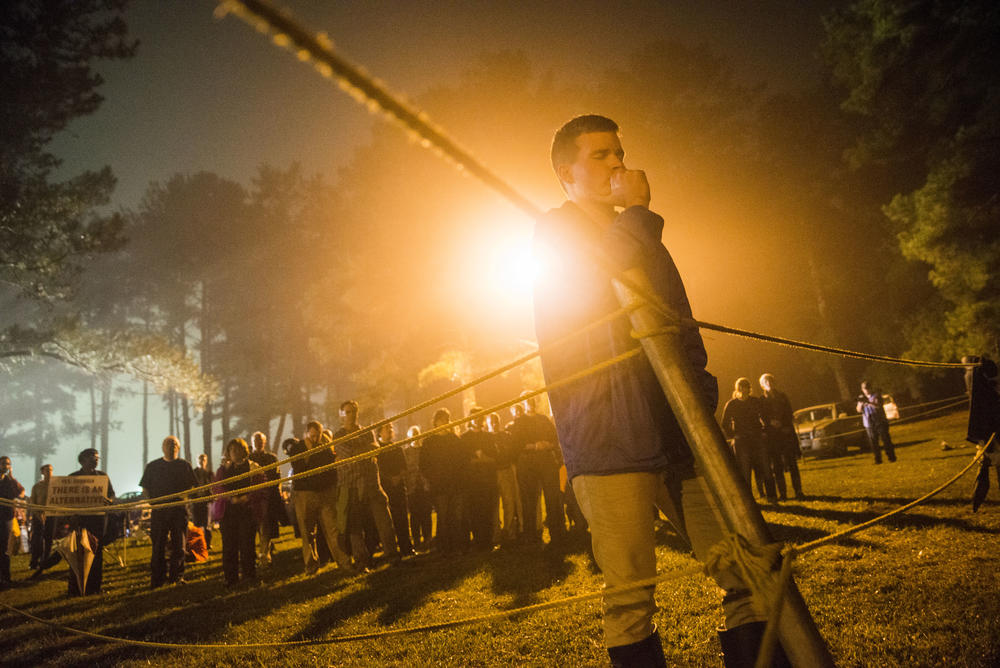 Caption
Supporters of Kelly Gissendaner outside the Georgia Diagnostic and Classification State Prison in Jackson take to singing hymns as her legal appeals dwindle. Gissendaner was executed in 2015 for the murder of her husband in 1997.
Tags: execution  death sentence  Death Penalty  Atlanta  Georgia 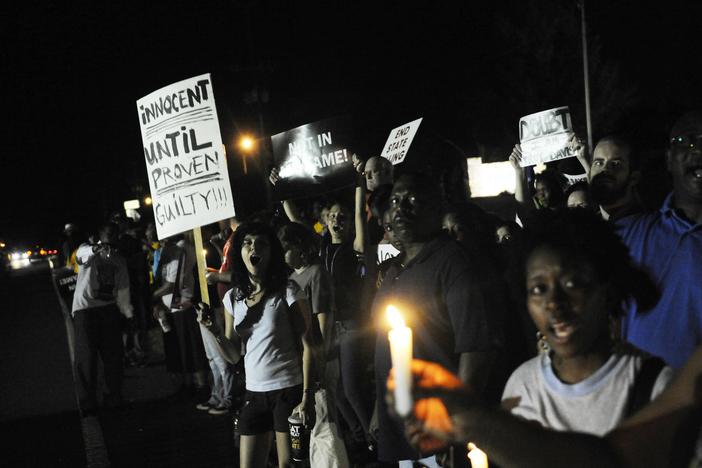 A new GPB radio drama and podcast called "Beyond Reasonable Doubt: The Troy Davis Project" reflects the conflicting public discourse that surrounded the... 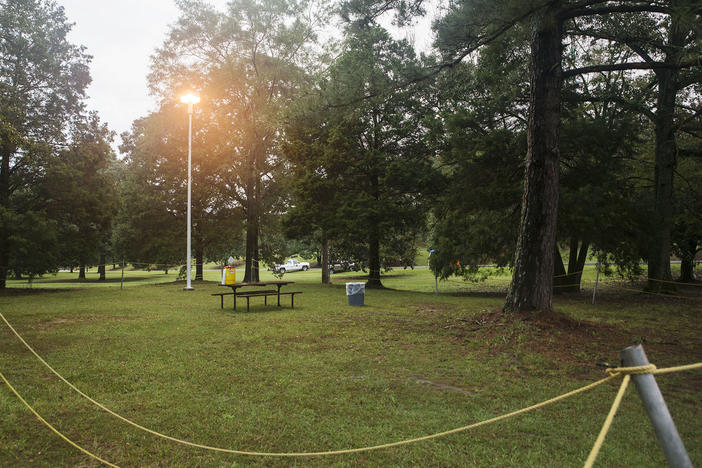 Should the State of Georgia execute Gregory Paul Lawler as planned on Wednesday, it will mark a milestone in at least two different ways. Lawler was... 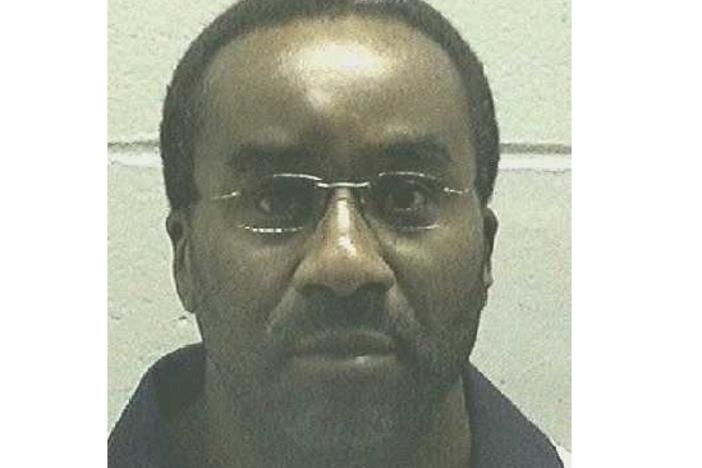 The state is set to execute its third inmate this year.