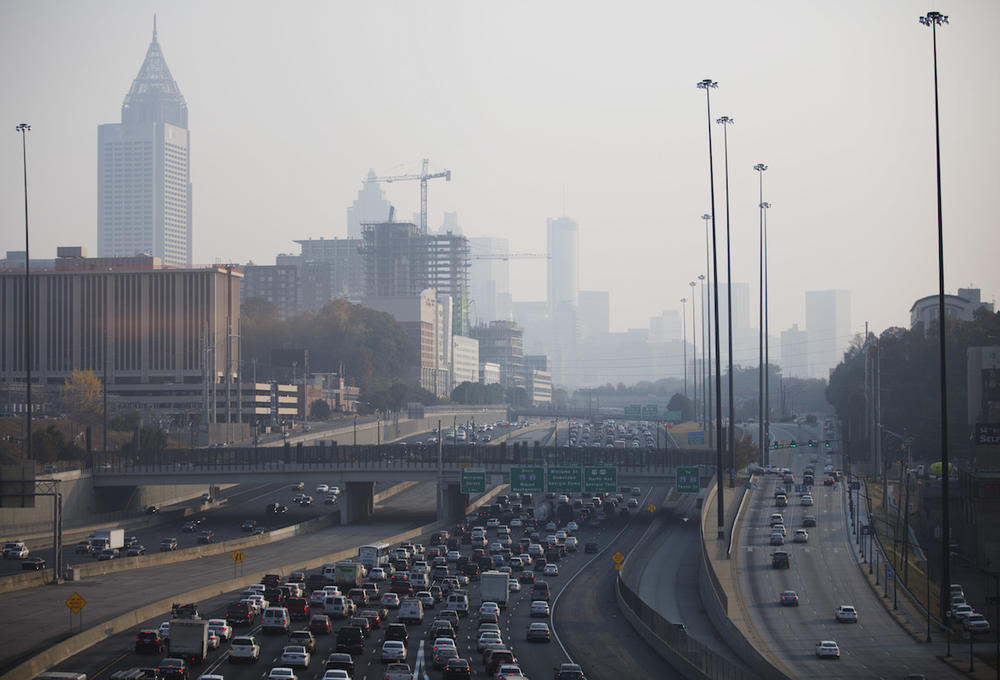 Caption
A haze hovers over the downtown skyline from a wildfire burning in the Northwest part of the state, Monday, Nov. 14, 2016, in Atlanta. Fires, many of them suspected arsons, have prompted evacuations in Georgia, North Carolina and Tennessee recently.

As drought dries up forests across the South and with no sign of coming rain that might help put out dozens of major wildfires, the Tennessee Valley Authority has issued a burn ban on its public lands in seven states.

The TVA on Tuesday said the ban applies to anything that might produce an open flame, from campfires to smoking cigarettes. It's even prohibited to park a car off-road where a hot tailpipe might light up dry grass or leaves.

The rules apply across Tennessee and in parts of Alabama, Georgia, Kentucky, Mississippi, North Carolina and Virginia.

Meanwhile, Tennessee Gov. Bill Haslam has banned outdoor burning in more than half the state's counties through December 15. Details can be found at the website burnsafetn.org.

The Tennessee Division of Forestry is currently fighting 67 wildfires over about 16,000 acres.

Georgia Gov. Nathan Deal has banned the ignition of all fireworks in much of the state due to the wildfire risk. By executive order, Deal expanded a Level 1 drought declaration across 110 of Georgia's 159 counties, stretching across northern Georgia and including metro Atlanta.

The Level 1 declaration requires public water systems to inform customers about the dry conditions and encourage conservation, though it doesn't restrict water use.

The National Weather Service is forecasting that the drought will continue at least through early next year.

Fire officials say the largest active wildfire in the South has now burned more than 19,000 acres in the north Georgia mountains — an area larger than New York's Manhattan.

The U.S. Forestry Service says the Georgia blaze has now burned through more than half of the Cohutta Wilderness area and has crossed over the Conasauga River.

Fire Marshal Scott Pilgreen says a fire that burned 800 acres in DeKalb County and a series of three blazes that burned 65 acres along Interstate 65 north of Birmingham last week are under investigation.

No arrests have been made, but officers have issued misdemeanor citations for allegedly violated the statewide no-burn order. The Alabama Forestry Commission says about 1,100 wildfires have burned more than 12,500 acres in the last month. The agency attributes many of the blazes to carelessness, like people tossing cigarette butts on the ground.

Fire managers say North Carolina's largest fire — the Tellico Fire burning through the state's western mountains — has charred about 13,700 acres, or about the same amount of land as the island of Bermuda.

The National Park Service has closed another section of the Appalachian Trail, which is now closed for several miles through parts of Georgia and North Carolina.

Forest Service spokesman Adam Rondeau has said the agency is tracking wildfires that have burned a total of 80,000 acres across the South. 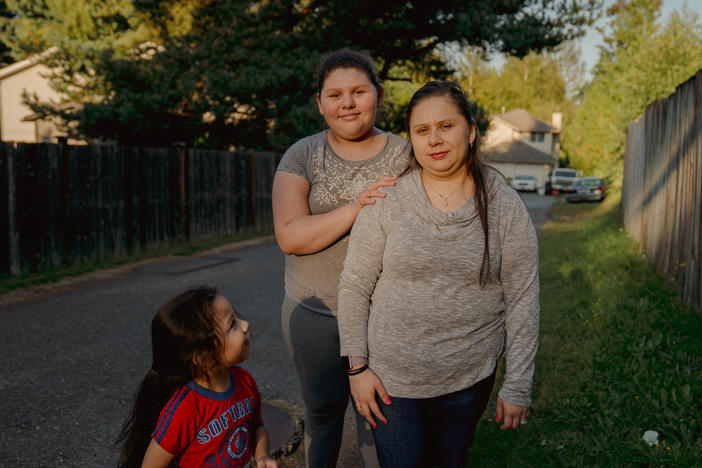 One in 10 U.S. college students doesn't have access to a laptop. The pandemic is pushing colleges to change that. 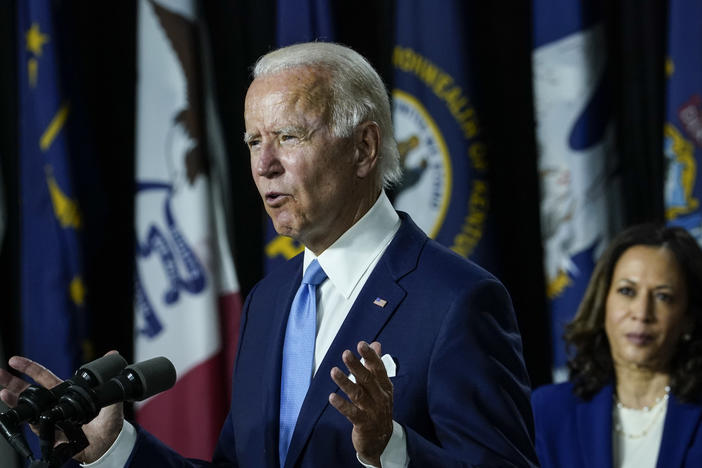 Biden Faces A Convention Test, To Offer A Vision Beyond Beating Trump

Elections are won by the candidate who presents the most compelling vision for the future, and Joe Biden is a retro politician adapting core Democratic Party goals to the societal demands of 2020. 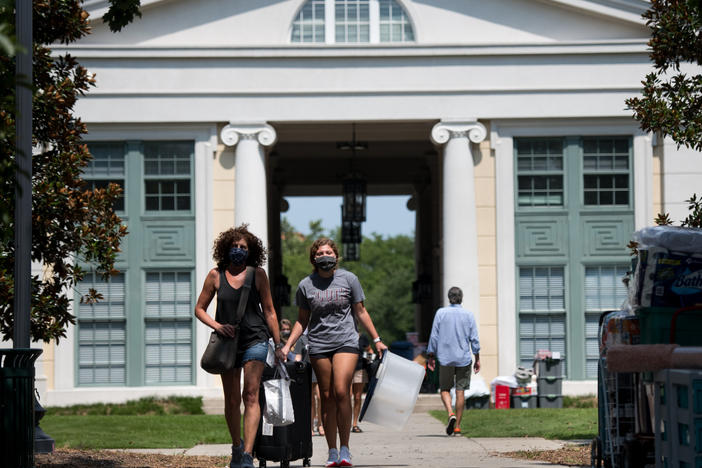 Some colleges are betting on new, proprietary tests they've developed to keep the college safe. The idea is, test everyone at least twice a week and you can catch most infections early.