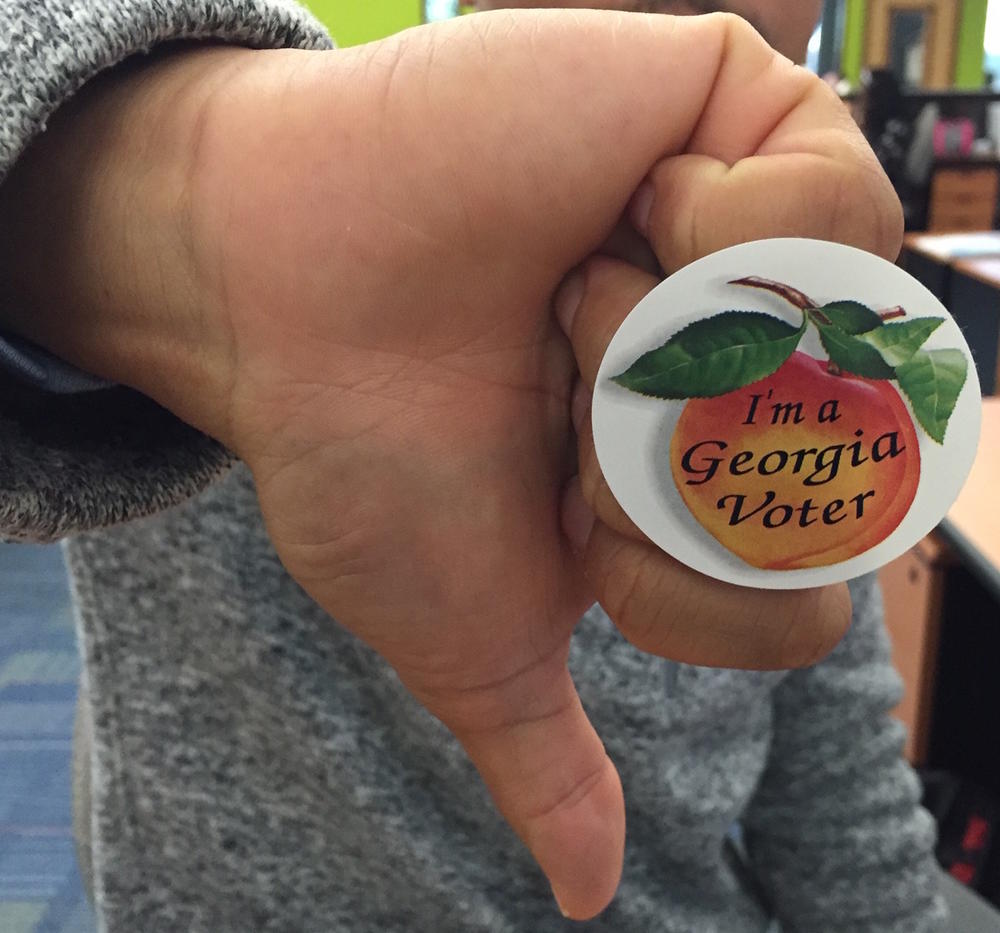 Caption
Dissatisfied with both Trump and Clinton, some Georgia voters are only voting in down-ballot races.

As election season winds down, two Georgia voters say they will not be voting for president on November 8. Retired US Army Colonel Robert Roth from Columbus, Georgia is a veteran of three combat tours, registered Republican, and father of four. Emory student Arhum Qazi from Macon, Georgia is the son of Muslim immigrant parents. Both have said they do not have plans to vote for either Trump or Clinton but do plan to vote in down-ballot races.

With historically high unaffordability ratings Trump and Clinton are among the worst-rated presidential candidates in the last 50 years. Roth and Qazi both remain uninspired with the messages from both campaigns. Roth attributes the GOP nominee’s predictability to that of “an unguided ballistic missile” saying it would be hard for him to imagine Trump as the commander in chief. He also struggles to look past the private email server issue that has plagued Clinton.

Immigration and Islamophobia have been prevailing topics on the campaign trail, Qazi points to down-ballot candidates as the keys to stopping radical policies from a future president. As a Bernie Sanders supporter in the primaries, Qazi finds it important to stick to his moral evaluation of Hillary Clinton as a corrupt politician, “I was so against that while I was supporting him that I feel like it is hypocritical to turn around and support a corrupt politician after saying I don’t believe in that.”

We will check in with Bob Roth and Arhum Qazi after the election to ask about their voting experience and the results from the races.

The actions of Georgia's judicial watchdog have led to the departure of more than five dozen judges over the past decade for such transgressions as...

A federal judge has ordered an extension of the voter registration deadline for one county in coastal Georgia after Hurricane Matthew disrupted the...