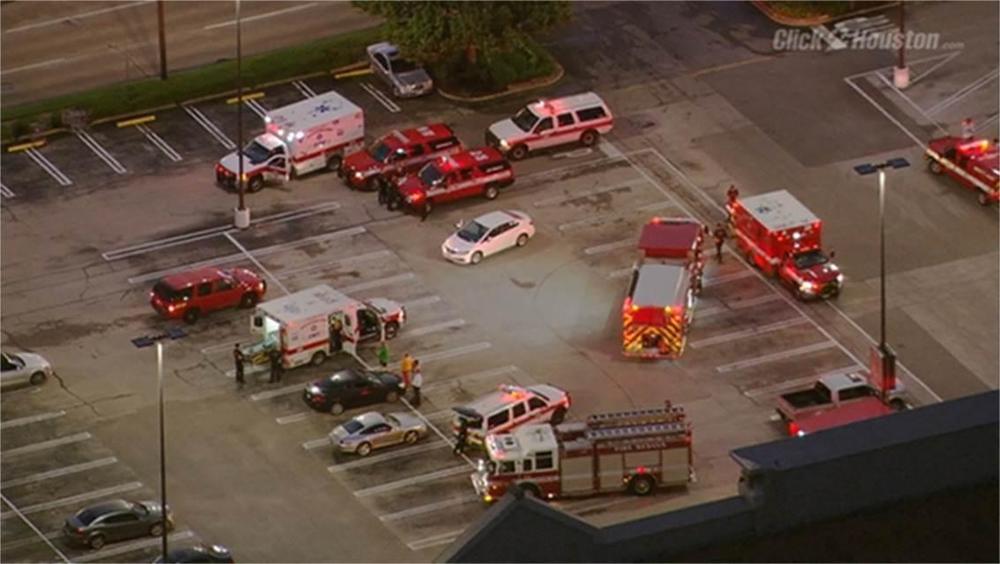 Caption
Houston police say at least six people have been shot at a strip mall.

A disgruntled lawyer who had numerous weapons randomly shot at drivers in a Houston neighborhood Monday morning, hitting six people, one critically, before he was shot and killed by police, authorities said. Another three people had injuries from glass or debris.

The first report of the shootings came in at about 6:30 a.m., Police Chief Martha Montalvo said at a news conference, and the suspect began firing at officers when they arrived. Montalvo did not identify the man; Mayor Sylvester Turner told KTRK-TV that the lawyer was "disgruntled" and was "either fired or had a bad relationship with this law firm."

Numerous weapons were found at the scene, a bomb-squad robot examined a Porsche that's believed to be the shooter's and bomb squad officers also were scouring the suspect's residence, Montalvo said.

The entrance to the condo complex, which is near the affluent enclave of West University Place, was still blocked off with police tape late Monday morning. Several cars with bullet holes and shattered windows were at a nearby strip mall.

Jennifer Molleda and her husband live in the same condo complex as the shooter. Though she heard gunshots about 6:12 a.m. and called 911, her husband left for work. The 45-year-old called him not long after, and he told her "I'm hit, I'm hit."

After the shooting stopped at 7:15 a.m., Molleda found her husband, 49-year-old Alan Wakim, several blocks away in the parking lot of a nearby strip mall. His Mustang had two shots that went through the windshield, and he told her that he saw a red laser beam before the shots were fired. He was taken to a hospital to be treated.

"He got out of his car, we hugged, we cried," Molleda said, adding that after she saw everything he believes the man was "aiming to kill."

Molleda said that said a few weeks ago, the suspect brandished an assault-style weapon at roofers in the complex. She said she didn't know him very well but described him as quiet. "He's a normal, average Joe," she said.

Jason Delgado, property manager of The Oaks condo complex, told KHOU-TV that there were two incidents with the suspect in the past few weeks. One was with the roofers, one of whom called police and said he'd been threatened with a gun; no arrests were made because the gun wasn't pointed at the roofer. The TV station reported Delgado said the other incident was threatening emails sent to a man in the complex's office due to maintenance issues in the suspect's unit.

Another witness, 30-year-old Antwon Wilson, inadvertently drove into the shooting scene after dropping off his girlfriend at work and could "literally hear the gunfire flying." He managed to flee and escape injury.

Lee Williams left his home in the neighborhood upon hearing gunshots and began directing traffic away from the condo complex, noting that people usually cut through the area to avoid some busier intersections. One car ignored him, he said, and was immediately shot at. Williams couldn't see the gunman because it was dark, but believed he saw the muzzle flashes.

"Whatever cars were going by, he was shooting at them," the 55-year-old said, noting he heard at least 50 gunshots over 40 or so minutes. As he was being interviewed, neighbors came by and patted him on the back, thanking him for keeping people safe.

Of the nine people hurt, Houston Fire Department spokesman Ruy Lozano said six were shot and three had minor injuries related to glass. Montalvo said one person was hospitalized in critical condition and another in serious condition.

"The investigation is active. It's very, very early. ... We are checking every angle, I can assure you," Turner told the TV station.

Houston police say several people have been shot at a strip mall in the city's southwest and that officers shot the gunman.

Police said via Twitter Monday that an "active shooter at Weslayan & Bissonnet has been shot by our officers" and that there are no reports of other suspects "at this time."

Police say several people have been taken to the hospital but that they cannot provide details about how many were shot or the severity of their injuries.

The Associated Press has left messages seeking comment from the police.

The shooting comes days after a shooting at a Washington state mall that left five people dead. On Sept. 17, a 20-year-old man stabbed 10 people at a Minnesota mall before being shot to death by an off-duty police officer.

Active shooter at Weslayan & Bissonnet has been shot by our officers; no reports of other suspects at this time #hounews— Houston Police (@houstonpolice) September 26, 2016

This is a breaking story. It will be updated as more information becomes available. 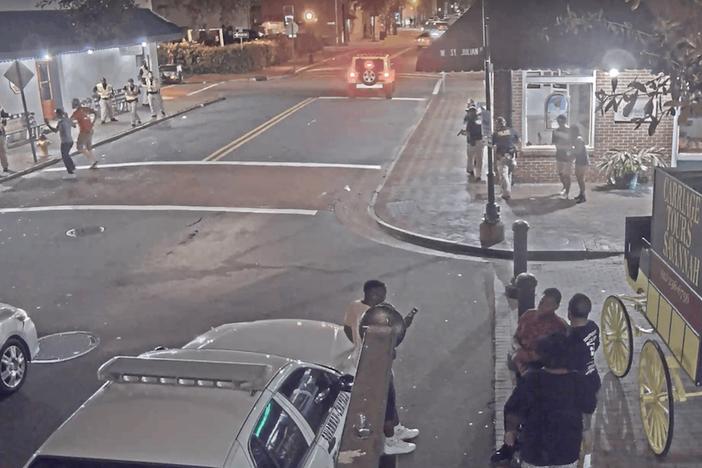 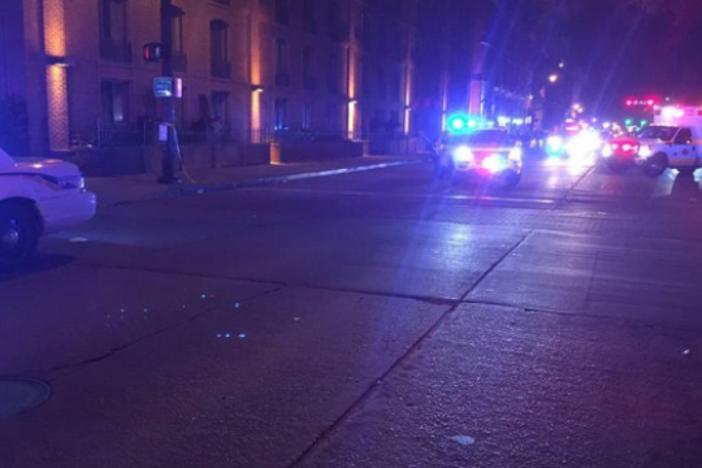 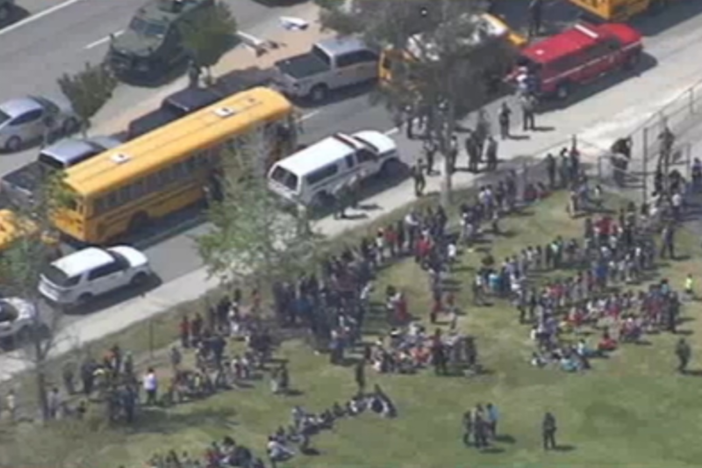 Four people were shot Monday in an apparent murder-suicide inside an elementary school classroom in San Bernardino, including a teacher and two students...