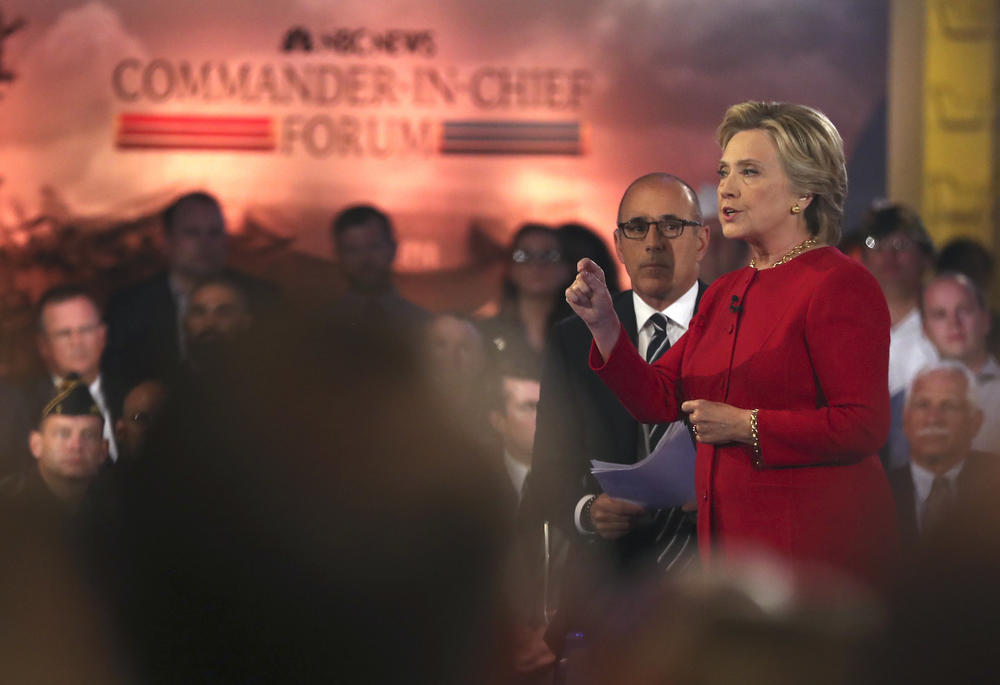 Today on "Political Rewind," we discuss the "Commander-In-Chief Forum" and how this event sets the stage for the upcoming presidential debates. Candidates took on tough issues and came prepared with their polished responses.

Republican nominee Donald Trump reasserted his claims of opposing the Iraq War and continued to cozy up to Russian Prime Minister Vladimir Putin. Democratic nominee Hillary Clinton was again pressed with questions surrounding her email scandal. How are the candidates going to distance themselves from these lingering issues?

Our panelists take a look at recent polls that show some indication that Donald Trump is experiencing a rise in support among minorities. Will the nominee be able to grow this support and will it be enough to get him into the White House?

In local politics, we discuss the proposed "Opportunity School District" ballot initiative and the balance of power between local and state agencies.

Deal wants Georgia's law enforcement to improve; we discuss his recent comments about pay increases for officers and how to strengthen the relationship between communities and the police.