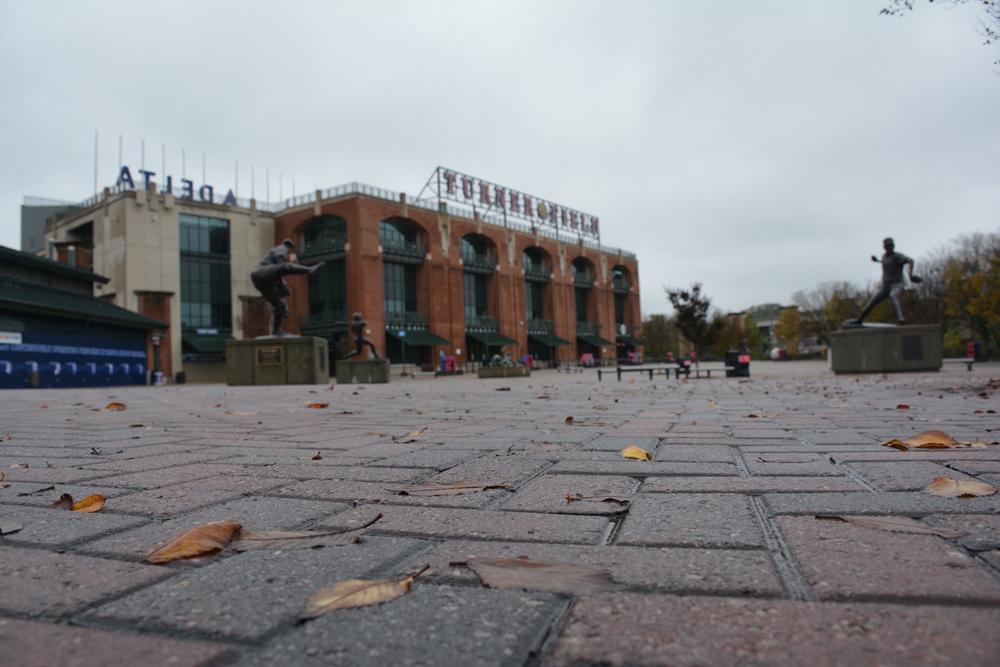 The front plaza of Turner Field. Nobody knows what will happen with the stadium once the Atlanta Braves leave in 2016.

On a recent Monday night, it was standing room only at the Martin Street Church of God in Summerhill. Neighborhood residents had come to the church, which sits less than a mile from Turner Field, to voice their concerns about the stadium's future.

“I’m going to be 70 years old next year...I might not look it,” said Yasin Efundele with a spirited smile. She gestured widely, bracelets clanging, as she spoke to the audience.

Three members of the Fulton County Commission sat at the front of the room, listening.

They were the hosts of the night's event, which they called a "listening session," because Fulton County partially owns Turner Field. The City of Atlanta is the other owner.

Together, both parties are looking for developers to do something with the stadium. At the same time, Atlanta’s starting a study to look at what kind of development would actually help the area, but that study won’t be done until next year.

Many community members felt their voices would be lost in that process. So, they were taking the opportunity to speak up.

“If this is your home, bring it on home,” Yasin Efundele said to applause.

But Efundele wasn't just raising her voice. She's part of a group working to raise as many community voices as possible.

“We want to get out as much as possible to the people who live here, who raise families, who go to school here, who worship here. That’s why we’re doing a survey,” said Moki Macias with the Turner Field Community Benefits Coalition.

The group, also known as the Coalition, is a collection of neighborhood groups pushing for community input in the stadium redevelopment. They’re hoping to gather that input with an online survey and have enlisted a small army of volunteers to go door to door with iPads to collect responses.

On a recent Friday night, those volunteers met in Summerhill to go over the survey process. Yasin Efundele sat with about ten others talking about basic field safety (go door to door in pairs) and what to do if someone doesn’t answer their door (leave them a flyer).

Macias said the Coalition hopes to gather 1,400 responses. Then, once they process the data, to share their findings with the public and the people tasked with deciding what happens to the stadium.

“If we can provide that information to the city and the county and the Recreation Authority, we know that they’re going to do the right thing and their going to take it into consideration,” Macias said.

“If that survey will give peace of mind to the community, then I think by all means they should conduct the survey,” Bottoms said,

Her office is quiet. Except for the view of left field out the window, it’s hard to tell it’s located in a baseball stadium. Bottoms said that she can’t hear much there even on game days, but that she’s open to hearing to the results of the Coalition’s survey.

“I can’t say how much weight will be given to it,” she said. “But just as we have accepted comment cards, etcetera from the community, we will certainly accept that as well and take it into consideration for sure.”

Those results might be heard, but there’s no guarantee they’ll be listened to. Still, the Coalition and its members said they have to help the community speak up. To them, not doing so isn’t an option.

Back at the “listening session,” Yasin Efundele continued her work, stopping people on the way out to ask them to take the survey. She was adding voices to the chorus regardless of who’s listening.

“We’re letting them know that people in the community are looking out for themselves and they want some kind of input. That’s all we’re asking for,” Efundele said.

The survey closes November 21, 2015. Until then, Efundele and the other Coalition volunteers will continue gathering responses and making sure that whatever happens to Turner Field doesn’t happen quietly. 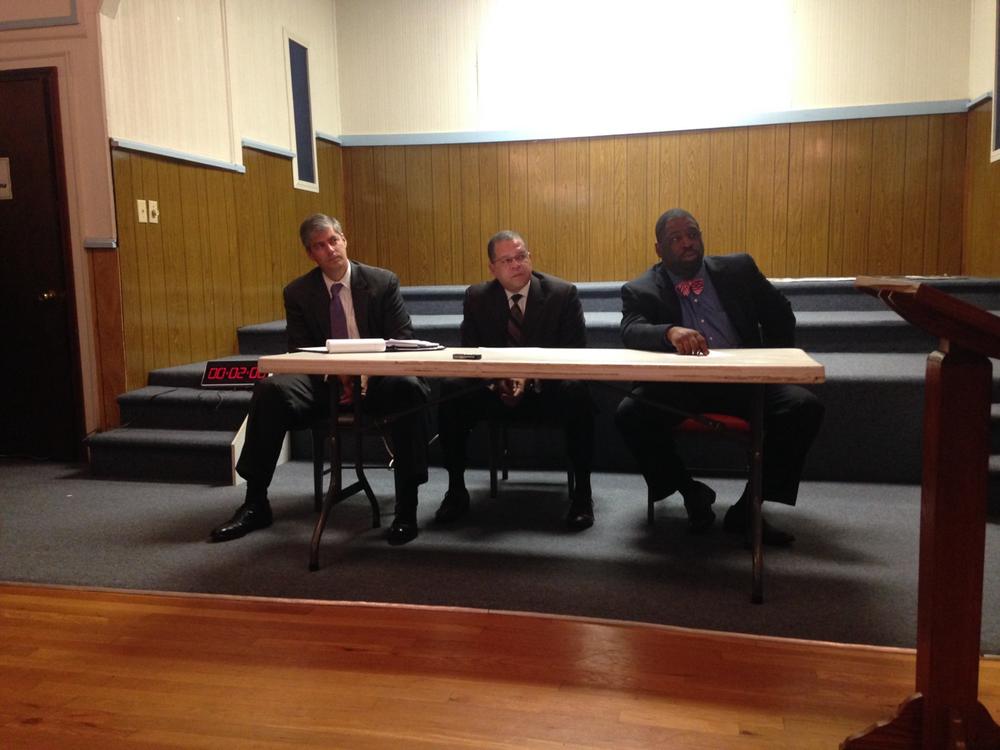 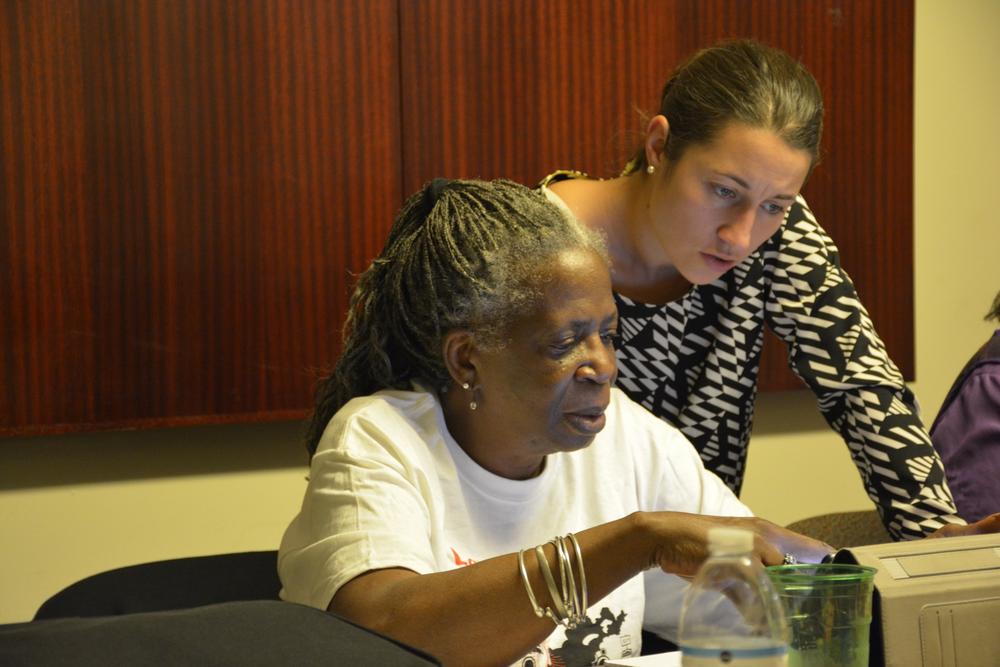 Moki Macias helping Yasin Efundele with the operation of her iPad. 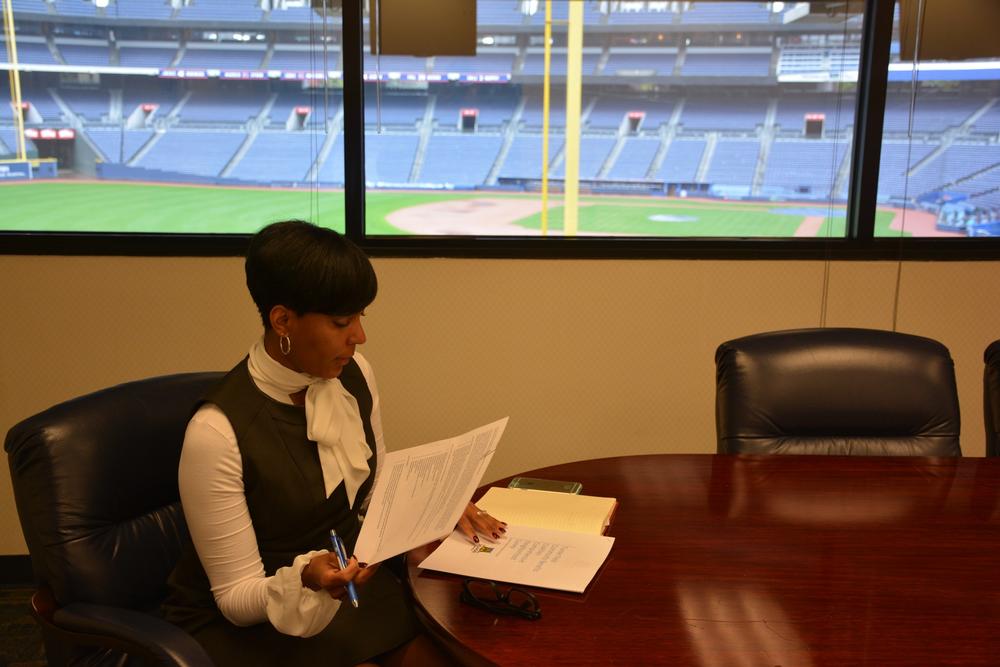 Keisha Lance Bottoms looking over paperwork in her office in Turner Field. 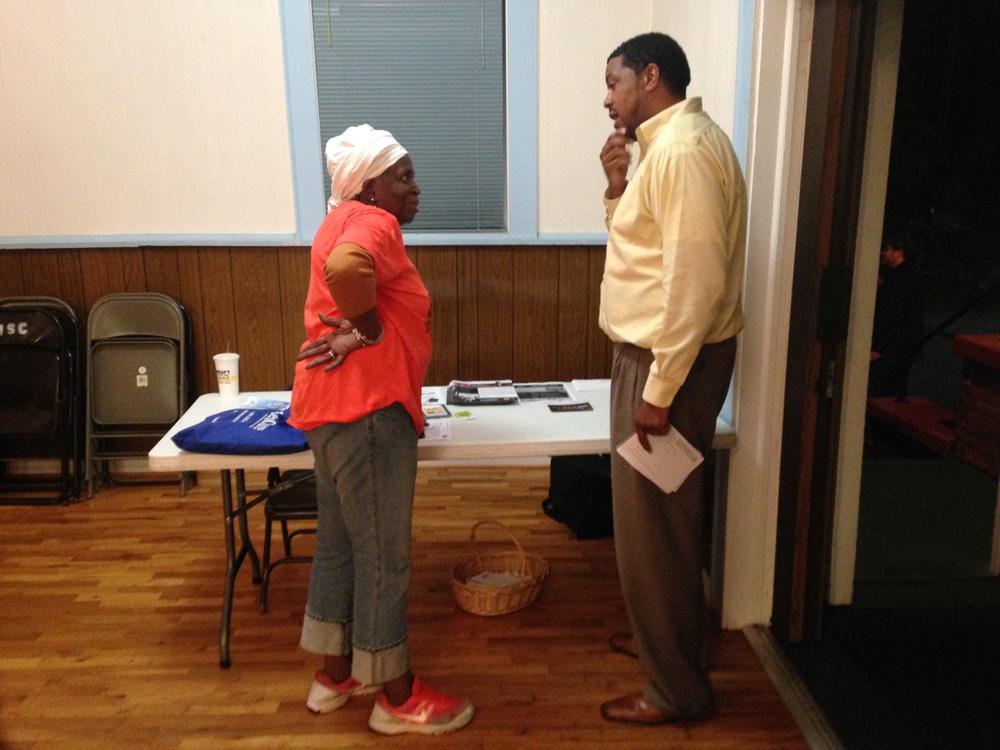 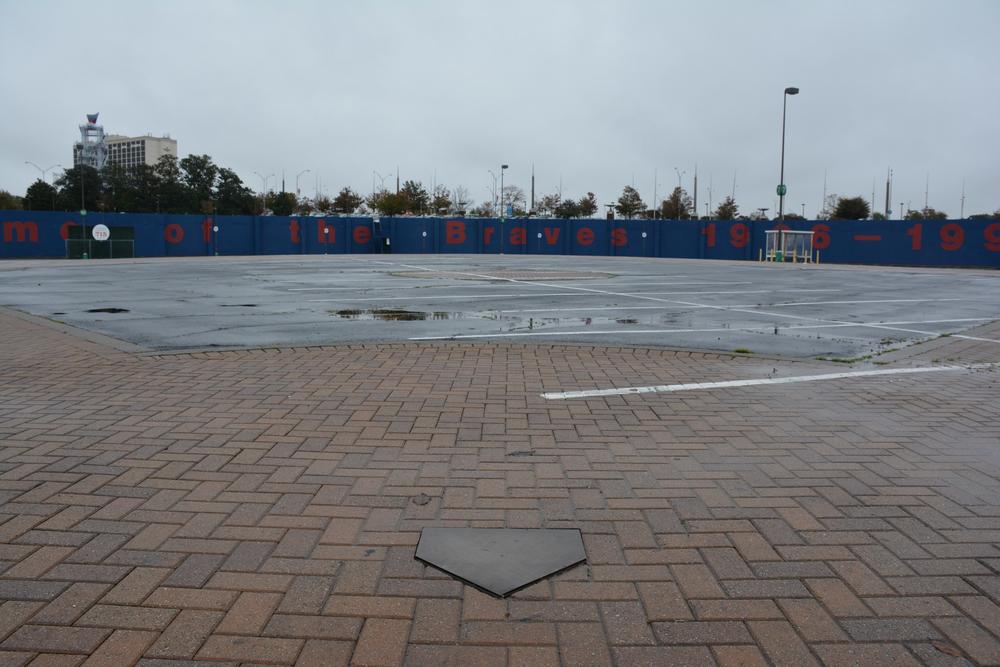 The site of the Braves' home before Turner Field--Atlanta-Fulton County Stadium. Now, it's a parking lot. 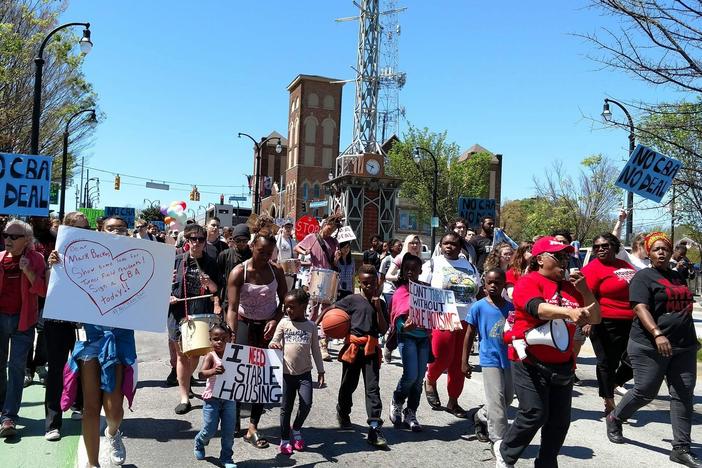 The new home of the Atlanta Braves opened Friday. Fans headed out of the city to SunTrust Park while the team’s former home sat empty. Turner Field was... 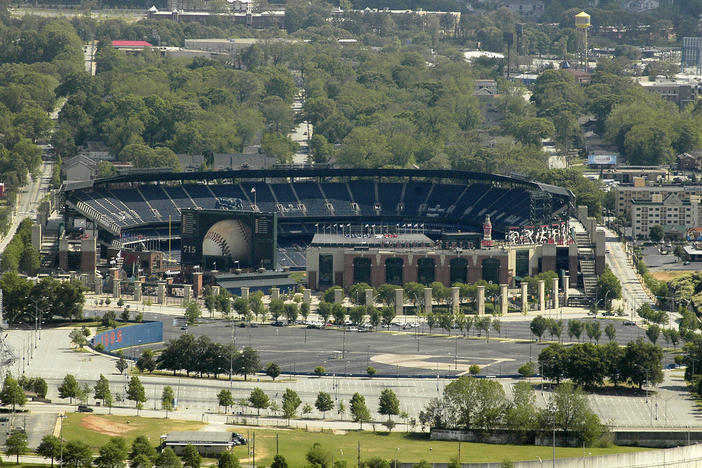 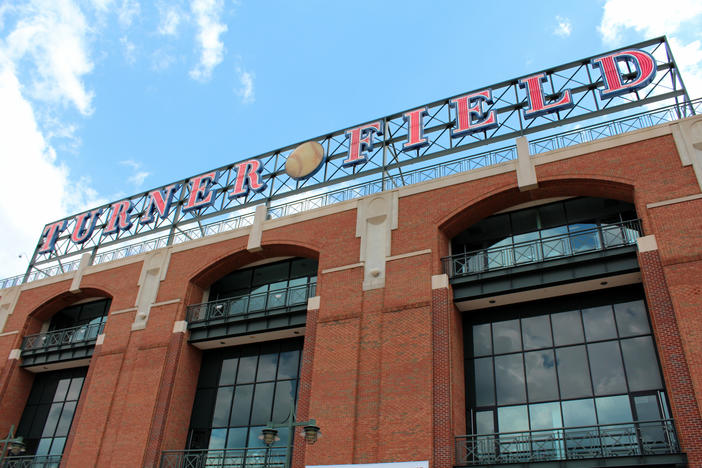 The Atlanta Braves will host their final home opener in Atlanta when they play the Washington Nationals on Monday. Next year, the Braves move to a new...