Sweet Tea: A History Of The 'Nectar Of The South' 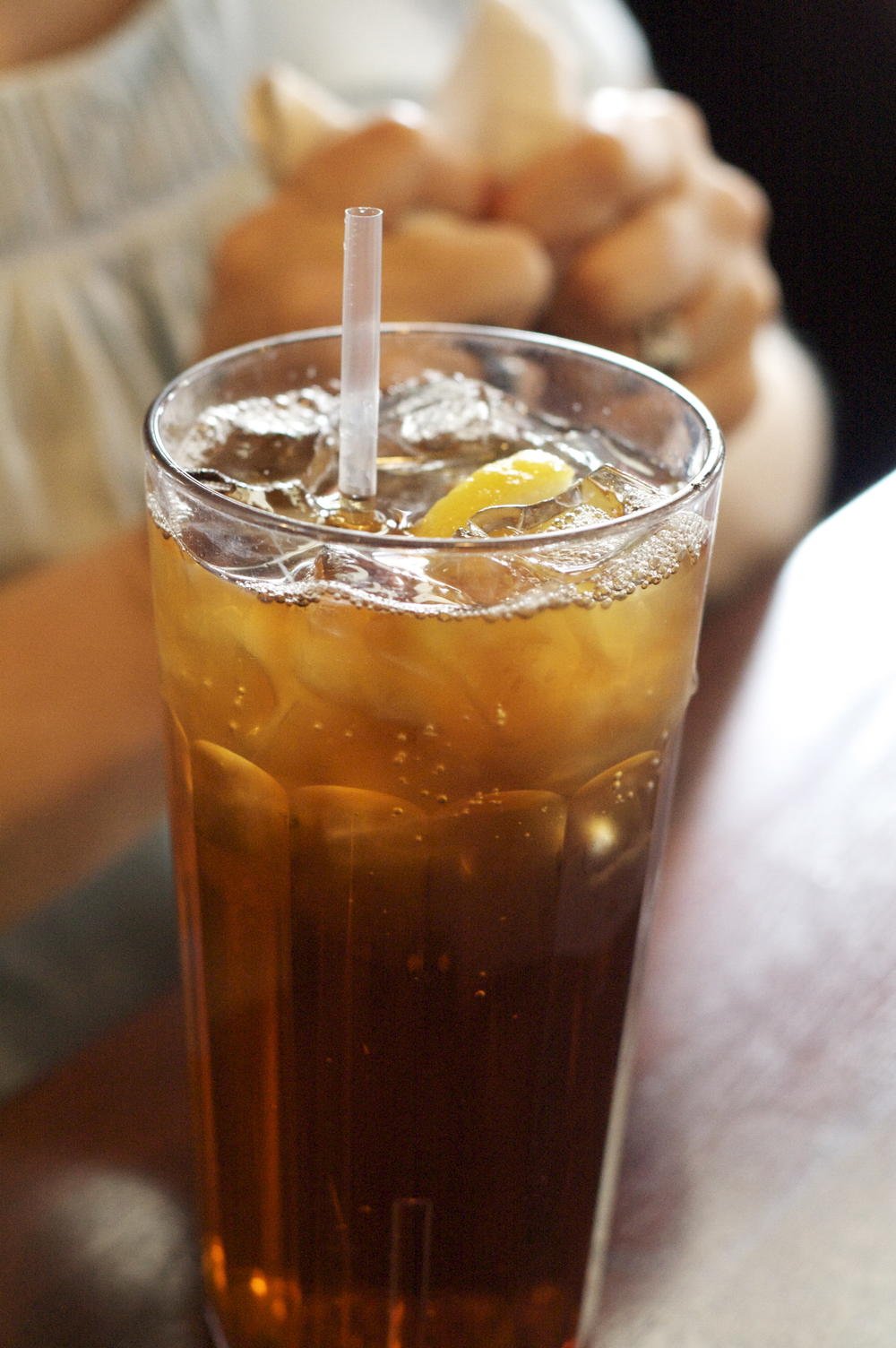 A glass of Southern sweet tea

For National Iced Tea Day, we dive into the little-known origins of a Southern staple: sweet tea. These days you can find it just about everywhere in Georgia. However, there was a time when sweet tea was more rare. Producer Sean Powers pours up a tall glass of history with freelance journalist Tove Danovich and Vernell Mosley of the Sweet Tea Factory.

How often do you drink sweet tea? ("Every day" is an acceptable answer.)

1795 - South Carolina is the first place in the United States where tea was grown and is the only state to ever have produced tea commercially. Most historians agree that the first tea plant arrived in this country in the late 1700s when  French explorer and botanist, Andre Michaux (1746-1802), imported it as well as other beautiful and showy varieties of camellias, gardenias and azaleas to suit the aesthetic and acquisitive desires of wealthy Charleston planters. He planted tea near Charleston at Middleton Barony, now known as Middleton Place Gardens.

1800's - English and American cookbooks shows us that tea has been served cold at least since the early nineteenth century, when cold green tea punches, that were heavily spiked with liquor, were popularized. The oldest recipes in print are made with green tea and not black tea and were called punches. The tea punches went by names such as Regent's Punch, named after George IV, the English prince regent between 1811 until 1820, and king from 1820 to 1830.

By the middle of the nineteenth century, American versions of this punch begin to acquire regional and even patriotic names, such as Charleston's St. Cecilia Punch (named for the musical society whose annual ball it graced), and Savannah's potent version, Chatham Artillery Punch.

Iced tea's popularity parallels the development of refrigeration: the ice house, the icebox (refrigerator), and the commercial manufacture of pure ice, which were in place by the middle of the nineteenth century. The term "refrigerator" was used for the first patented ice box in 1803 and were common in the mid 19th century in the United States

1839 - The 1839 cookbook, The Kentucky Housewife, by Mrs. Lettice Bryanon, was typical of the American tea punch recipes:

"Tea Punch - Make a pint and a half of very strong tea in the usual manner; strain it, and pour it boiling (hot) on one pound and a quarter of loaf sugar. (That's 2 1/2 cups white sugar) Add half a pint of rich sweet cream, and then stir in gradually a bottle of claret or of champaign (sic). You may heat it to the boiling point, and serve it so, or you may send it round entirely cold, in glass cups."

"Ice Tea. - After scalding the teapot, put into it one quart of boiling water and two teaspoonfuls green tea. If wanted for supper, do this at breakfast. At dinner time, strain, without stirring, through a tea strainer into a pitcher. Let it stand till tea time and pour into decanters, leaving the sediment in the bottom of the pitcher. Fill the goblets with ice, put two teaspoonfuls granulated sugar in each, and pour the tea over the ice and sugar. A squeeze of lemon will make this delicious and healthful, as it will correct the astringent tendency."

1884 - This may be the first printed recipe using black tea, which has become so universal today, and could also be the earliest version of pre-sweetened iced tea, the usual way of making it in the South today. Mrs. D. A. (Mary) Lincoln, director of the Boston Cooking School, published Mrs. Lincoln's Boston Cook Book: What to Do and What Not to Do in Cooking in 1884. On page 112, there it is: iced tea, proving that the drink was not just a Southern drink.

"Ice Tea or Russian Tea - Make the tea by the first receipt, strain it from the grounds, and keep it cool. When ready to serve, put two cubes of block sugar in a glass, half fill with broken ice, add a slice of lemon, and fill the glass with cold tea."

1890 - Professor Lyndon N. Irwin, of Southwest Missouri State University and a member of the St. Louis World's Fair Society, found an article from the September 28, 1890 issue of the Nevada Noticer newspaper regarding the 1890 Missouri State Reunion of Ex-Confederate Veterans. This article clearly states that iced tea had been around prior to1890. The article states the following:

"The following figures will convey some idea of the amount of provision used a Camp Jackson during the recent encampment. There were 4,800 pounds of bread, 11,705 pounds of beef, 407 pounds of ham, 21 sheep, 600 pounds of sugar, 6 bushels of beans, 60 gallon of pickles, and a wagonload of potatoes. It was all washed down with 2,220 gallons of coffee and 880 gallons of iced tea. The committee expended $3,000, a little in excess of the amount subscribed, for the entertainment of the old soldiers."

1893 - The 1893 Chicago World's Fair, also called the Columbian Exposition, had a concessionair that grossed over $2,000 selling iced tea and lemonade.

1900s - After 1900, iced tea became commonplace in cookbooks, and black tea began replacing green as the preferred tea for serving cold. The preference for black over green tea in an iced beverage came with of import of inexpensive black tea exports from India, Ceylon, South America, and Africa.

1904 - It was at the 1904 World’s Fair in St. Louis that iced tea was popularized and commercialized (not invented). Due to the hot summer of 1904, people ignored any hot drinks and went in search of cold drinks, including iced tea. Because of this, it changed the way the rest of Americans thought of tea, thus popularizing iced tea.

Most historians mistakenly give credit to Richard Blechynden, India Tea Commissioner and Director of the East Indian Pavilion, as being the creator of ice tea at the 1904 World's Fair in St. Louis. In the East Indian Pavilion at the Fair, Blechynden was offering free hot tea to everyone. Because of the intense heat, it was soon realized that the heat prevented the crowd from drinking his hot tea. Blechynden and his team took the brewed India tea, filled several large bottles, and placed them on stands upside down - thus allowing the tea to flow through iced lead pipes. This free iced tea was very much welcomed by the thirsty fair goers. After the fair, Blechynden took his lead pipe apparatus to New York City, offering free iced tea to shoppers at Bloomingdale Brothers Department Store, demonstrating iced tea is a desirable summertime drink.

According to the book Beyond The Ice Cream Cone - The Whole Scoop on Food at the 1904 World's Fair by Pamela J. Vaccaro:

"Both hot tea and iced tea appeared on most restaurant menus at the Fair - at the Barbecue, Fair Japan, the Old Irish Parliament House, the Louisiana and Texas Rice Kitchen, Mrs. Rorer's East Pavilioin Cafe, and so on. It is highly unlikely that all these restaurants jumped on the bandwagon of Blechynden's "new idea," and scurried to the print shops to have their menus reprinted!

What really "stirs the pot" is that "Richard Blechynden" was listed as an official concessionaire (No. 325) "to serve tea in cups and packages" at the Chicago World's Fair in 1893 - 11 years before the one in St. Louis. The financial records from the exposition do not list any ledger entries for Blechynden - which raises the question of whether he actually showed up or was just late with his report. But, if he had been there, it would have been odd that he would not have realized that his product was already being sold in hot and cold versions. It would likewise be odd that, in the 11 intervening years, he would have been totally oblivious to the drink's inclusion in cookbooks and on menus."

1917 - By World War I, Americans were buying special tall iced tea glasses, long spoons, and lemon forks. By the 1930s, people were commonly referring to the tall goblet in crystal sets as an "iced tea" glass.

1920-1933 - The American Prohibition (1920-1933) helped boost the popularity of iced tea because average Americans were forced to find alternatives to illegal beer, wine, and alcohol. Iced tea recipes begin appearing routinely in most southern cookbooks during this time.

1928 - In the southern cookbook, Southern Cooking, by Henrietta Stanley Dull (Mrs. S.R. Dull), Home Ecomonics Editor for the Atlanta Journal, gives the recipe that remained standard in the South for decades thereafter. It is a regional book that very much resembles the many “church” or “ladies society” cookbooks of that era.

"TEA - Freshly brewed tea, after three to five minutes' infusion, is essential if a good quality is desired. The water, as for coffee, should be freshly boiled and poured over the tea for this short time . . . The tea leaves may be removed when the desired strength is obtained . . . Tea, when it is to be iced, should be made much stronger, to allow for the ice used in chilling. A medium strength tea is usually liked. A good blend and grade of black tea is most popular for iced tea, while green and black are used for hot . . . To sweeten tea for an iced drink-less sugar is required if put in while tea is hot, but often too much is made and sweetened, so in the end there is more often a waste than saving . . . Iced tea should be served with or without lemon, with a sprig of mint, a strawberry, a cherry, a slice of orange, or pineapple. This may be fresh or canned fruit. Milk is not used in iced tea."

1941 - During World War II, the major sources of green tea were cut off from the United States, leaving us with tea almost exclusively from British-controlled India, which produces black tea. Americans came out of the war drinking nearly 99 percent black tea.

1995 - South Carolina's grown tea was officially adopted as the Official Hospitality Beverage by State Bill 3487, Act No. 31 of the 111th Session of the South Carolina General Assembly on April 10, 1995.

2003 - Georgia State Representative, John Noel, and four co-sponsors, apparently as an April Fools' Day joke, introduced House Bill 819, proposing to require all Georgia restaurants that serve tea to serve sweet tea. Representative John Noel, one of the sponsors, is said to have acknowledged that the bill was an attempt to bring humor to the Legislature, but wouldn't mind if it became law. The text of the bill proposes:

(a)  As used in this Code section, the term 'sweet tea' means iced tea which is sweetened with sugar at the time that it is brewed.

(c)  Any person who violates this Code section shall be guilty of a misdemeanor of a high and aggravated nature. 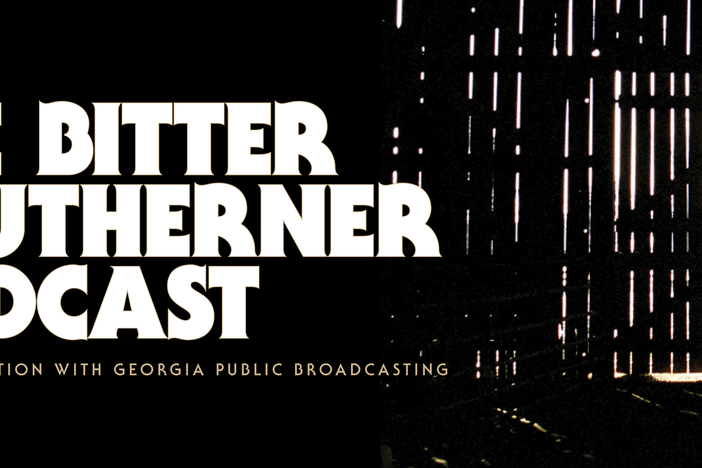 In New York in the 1980s, Chuck Reece had his first job in journalism covering the media industry for Adweek magazine. That meant he got the first look...