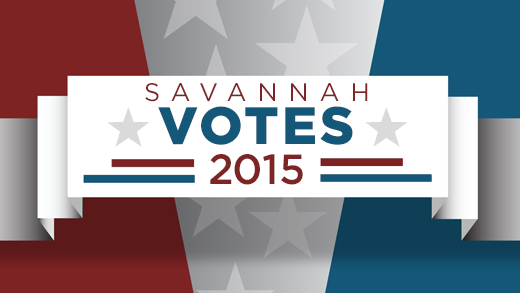 As we approach Savannah's municipal election Nov. 3, the Savannah Morning News has been talking with the candidates for the City Council and Mayor. The two candidates for District 3, Kim Dulek and incumbent John Hall, talked about crime, poverty and collaboration with Chatham County.

On crime:
"Blight plays in (crime) a great deal as well. There is more crime in areas of blight. There is a Blight to Bright program the city has, and I just don't think it's gotten the attention it needs. Nor does it have the personnel it needs to fully execute the goals of that program. Money needs to be moved from other programs into that program. That and also how crime is being brought into communities through Section 8 housing. Not all, but many who enter Section 8 housing in some of these areas, they are renting rooms to others within the home, and it tends to be like a boarding house. And those residents tend to be users or violent criminals. Section 8 rules don't allow that kind of thing, but they're not being enforced."

On economic development:
"I would like to see something on the President Street area of my district that is a development that is specifically driven for those businesses that have been relocated due to the changes down on Broughton. And give those long-term, small town businesses a place where they can have a presence."

On working with the county:
"I know there are those who are not a fan of (consolidation). But through my work with the Carl Vinson Institute, I have seen it do wonderful things. I think we could be a better city if we all worked together."

On crime:
"Of course we have a crime problem on the eastside of Savannah and in the district. But you know, we can combat this. It's going to take the efforts of all of us. Police can't do it alone. We, the neighborhood organizations, churches, even ex-felons to come back to our neighborhoods and say, hey, there's a better way. People who harbor these bad people in their homes don't want to snitch on them, I think once we find out these people are harboring these felons, I think we need to go at them with everything we have."

On addressing blight:
"One of the things I would like to see in the second term is let's change as much property maintenance ordinances as we can to make cleaning up and putting as many of them back on the tax rolls as possible. We don't have enough affordable housing as it is. Somebody could be living in these houses that are being boarded up and abandoned. You could get them sold at low interest rates."

These are excerpts from the candidates' interviews with the Savannah Morning News. Read the full conversations here. You can follow the paper's full election coverage here.