Driverless Cars Are The Future, But Big Data Is Already Steering Georgia's Traffic 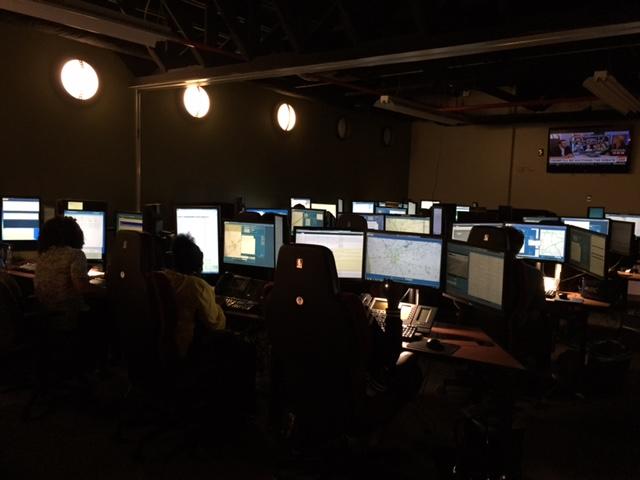 It's just you and your music in your car during Atlanta's rush hour.

"Caution - there's a car pulled over on the right."

That's the voice of traffic apps like Waze, Sigalert, Google Maps or INRIX, steering you around trouble. With apps like Waze, it's crowdsourced traffic data; users warn each other about slowdowns, accidents, roadwork and the occasional car parked on the shoulder.

That's pretty cool - but of course, there's nothing cooler than a car that drives itself, according to Georgia Tech's Michael Hunter, director of the university's Georgia Transportation Institute.

"The driverless car is exciting and is going to change the way transportation works," says Hunter.

Google, Uber and Mercedes-Benz have made headlines with their research into autonomous driving. Both Google and Uber are expanding their experiments in driverless cars, while Mercedes-Benz's research was the subject of a recent 60 Minutes report. These companies and others have made enough progress that some states, including Georgia, are considering regulations.

"The technology is kind of there. It's just making it robust and bulletproof," says Bert Bras, another Georgia Tech professor who's working with Ford Motor Company on remote driving of cars. Bras says that making driverless cars work for highway driving is one thing. "The urban areas are going to be the problem," Bras says. "It's going to be easily implemented on the highway where basically everybody's going the same direction, similar speeds."

Google recently acknowledged that some of its driverless car experiements had resulted in accidents, but the company says it was because their cars were being too cautious. That caused human drivers to bump into them. Georgia Tech's Hunter calls that the problem of technology acceptance.

"Are you as a driver willing to be driving in a car next to a car which is being autonomously driven?" asks Hunter. "So we need to be thinking about how are people - users, drivers - going to react to that driverless car."

Even with driverless cars on the horizon, today's cars already bristle with technology. There's the aforementioned integration with smartphones. Also, more automakers are offering connected cars at dealerships. Many have WiFi and backup cameras. Some can even park themselves.

Cars are already part of the networked world, and when you consider technology buzz phrases like the Internet of Things and Big Data, you now have to include cars in that mix.

At the Georgia Department of Transportation's Traffic Monitoring Center (TMC), the data is flowing the other way, towards commuters using GDOT's 511 app or those calling into the agency's traffic phone line. Yet that may change because of the data that's available on all those third-party traffic apps.

"We're looking into the possibility of trying to make that a two-way street," says GDOT's Matthew Glasser, "so that we can see what they're (commuters) are seeing and they can see what we're seeing, and we can respond a whole lot faster."

The TMC recently moved from a temporary setup to a new, bigger space that is necessary for possibly integrating new technologies like HD cameras on Georgia's roadways, says Glasser. There's also new data coming in from additional weather road sensors (a result of the infamous Snowmageddon episode), the possiblity of more radar and video detection units, and weigh-in-motion sensors that target truck traffic. All of that will require extra bandwidth.

"The data exists in a way it just didn't ten years ago," says Dr. Hunter, who's working with GDOT to figure out what to do with all that new information. "You can use it to better manage the system from a capacity perspective, an efficiency perspective. Maybe there are things I can do to make those traffic signals work a little better, because now I have a sense of not only what the vehicles look like right now, but I can do some route mapping of what people look like in five minutes, ten minutes, whenever they come through."

Transportation Camp, a series of regional conferences, brings together transportation experts, technologists and commuters to talk about traffic, transit systems - and technology. David Emory, Atlanta's representative for Transportation Camp South, says Big Data has played a role when it comes to local public transit. "At MARTA, we've seen a lot of progress in the last couple of years in tems of them making different types of information available to app developers, to technology professionals, to hobbyists, to anyone who wants to take this data and do cool things with it."

Even if driverless cars arrive sooner rather than later, technology won't solve all traffic problems. But in 2015, technology is giving governments and drivers a better chance than ever of getting around obstacles on the road to better transportation.

(This story also appears on Medium).