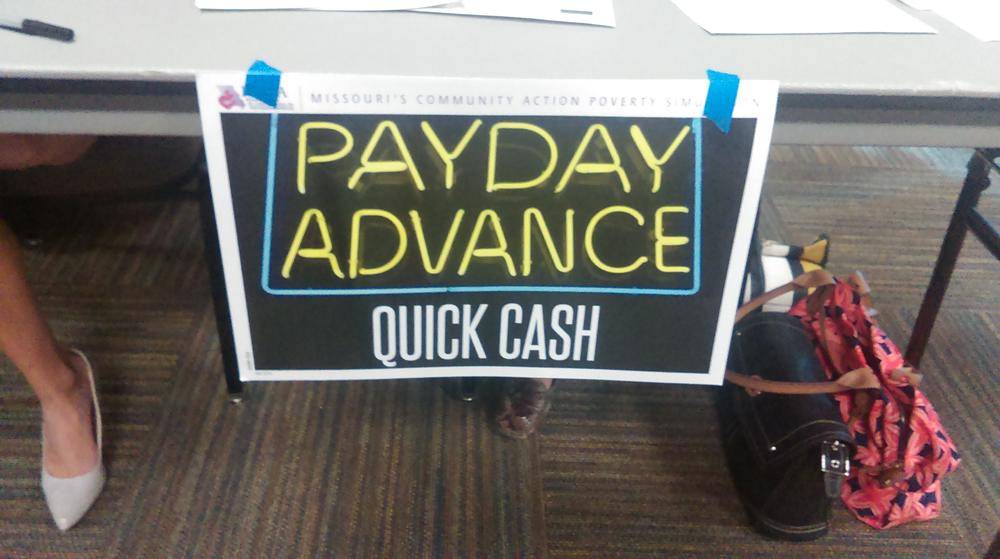 Could you live on just $18,000 a year? What if you had to support three other people on that amount? In some areas in Savannah, Ga, over half of the residents are living in poverty.

For a family of four...that means making less than $25,000 a year. One summer afternoon in August, a group of 4 unrelated people stepped out of their comfort zones to see what life would be like if they were living in poverty.

Melissa Holman, a PE instructor at the Title I school, Savannah Classical Academy, is one of those people.

"Our school is so diverse as far as background that kind of thing so we’re hoping the simulation will give us a better feeling of how to respond to certain situations in the classroom," Holman said.

Each participant was assigned a family group of four or five people. Holman played the role of Grandmother Margaret Morris. For the simulation, she had a son and granddaughter.

“I think working at a Title I school were a vast majority of the students are on free or reduced lunch it just helps me to be able to understand what their home situation may be like," St. Lawrence said.

The family in the simulation makes a little over $1,500 a month. Their expenses are $1,775. Much of their money goes towards transportation passes which represent, gas, public transit and even the energy needed to walk.

St. Lawrence asked a charity organization to help them make up the difference.

"Unfortunately Interfaith Services was hit pretty hard this week," she relayed to her group, "but we did get ten dollars toward food or clothing so I say we used that towards clothing because we have some food stamps left over.

Like so many living in poverty, budgeting just means deciding between one necessity and another necessity.

A misunderstanding resulted in the utility bill being paid twice making the family wonder how they’ll make their mortgage.

The announcers voice flooded the room with a message to all the participants. "If you go home and your chairs are turned up. That means
you have been evicted."


Participants with chairs turned upside down have been evicted. Photo by Gabrielle Ware/Georgia Public Broadcasting

A group to the right of the Morris family found they had been kicked out of their house in the simulation. The Morris family decided to pawn some items and pay the mortgage to avoid suffering the same fate as their neighbors.

St. Lawrence was then required to pull a luck of the draw card

"Death in the family!" she continued to read the card to her group. "An out of town member of your family dies and you are responsible for part of the funeral costs, pay the bank $200!"

Stressed and nearly broke, the Morris family collapsed into their chairs when the announcer finally called an end to the experiment.

They pretended to live in poverty for two hours or a month in the simulation and were exhausted. But as one of of their neighbors noted, real families don’t get to be relieved after 30 days.

Holman said she felt like the experience was beneficial to better understanding some of her students with behavioral problems. "If I’m interacting with a student that’s living at home with this type of frustration I can see why that would weigh on their actual personality."

The poverty simulation was hosted by Step Up Savannah, an organization aimed at reducing poverty in Chatham County.

The Chatham County Board of Education recently voted to send all of their new instructors to a poverty simulation for the 2016 school year.