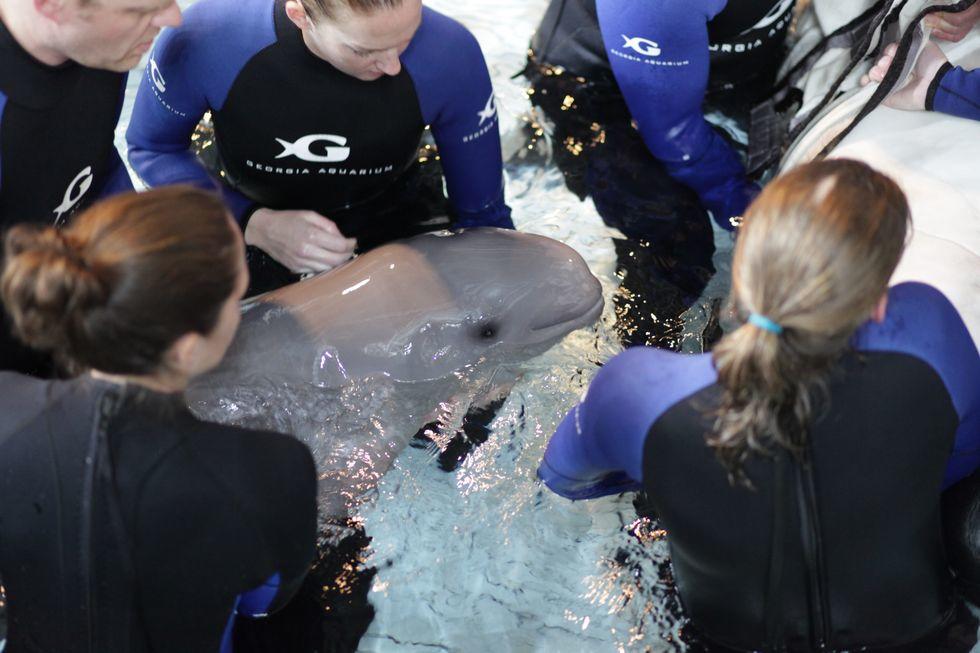 The aquarium said in a statement Wednesday that animal care experts consider the whale's status as "extremely guarded."

When the whale was born May 10, aquarium officials said it was the first "viable calf" to be born from parents who were born in human care.

Its mother, Maris, was born at the New York Aquarium in 1994. The father, Beethoven, was born at SeaWorld San Antonio in 1992.

In 2012, Maris delivered a female calf, but the newborn only survived a few days.

The aquarium said the next few days will be "critical," and that experts are working around the clock to help it.