It's Not Easy Being Green, But Two Atlanta Landmarks Are Trying 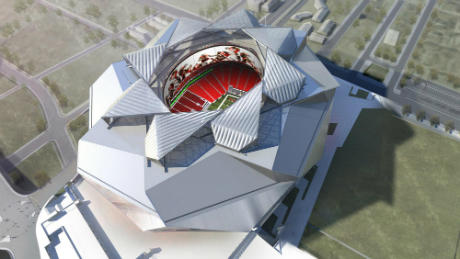 Atlanta wants to be a leader in the green building movement. It was one of six cities chosen for the national Better Buildings Challenge. The goal is to cut energy and water consumption in participating buildings by at least 20 percent by the year 2020. Atlanta Mayor Kasim Reed says the program has been a success. "“Folks have raised their hand and say we want to have our buildings retrofit so that they can become more sustainable and we are one of the three leading cities in the United States of America in the Better Buildings challenge," the Mayor said recently.

Now, two Atlanta buildings with millions of annual visitors are trying to set new standards, in the green movement.

The New Atlanta Stadium will open in 2017 and house both the Atlanta Falcons and a new yet-to-be-named Major League soccer team. Hartsfield-Jackson Atlanta International Airport is also taking steps to reduce its environmental footprint.

Listen to On Second Thought weekdays at 9am on your local GPB radio station, hear past shows on Soundcloud, or follow the show on Facebook and Twitter.