"He Made Me See That The World Is Complicated" 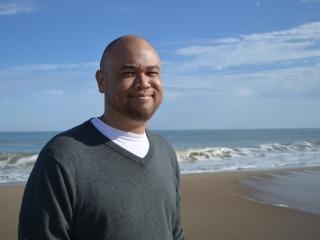 An English instructor at Savannah State University has won the prestigious Walt Whitman Award from the Academy of American Poets for his manuscript, “Rapture.”

Sjohnna McCray, an Ohio native who now lives in Georgia, says he set out to tell a story about his father’s life. He focuses on his father's complicated relationship with his mother, a "comfort woman" he met during the Vietnam War.

As part of the award, McCray's manuscript will be published as a book next year by Graywolf Press.