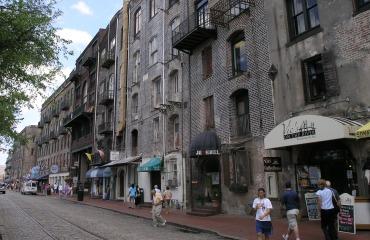 Leaders of Savannah’s tourism industry say a provision in a transportation bill approved by Georgia lawmakers late Tuesday could threaten local businesses across the state.

The $900 million bill creates a new $5 nightly hotel-motel tax to help pay for the state’s roads and bridges.

Michael Owens, President and CEO of the Tourism Leadership Council in Savannah, says the tax would make Savannah and the state less competitive with other options for travelers. He says it could mean tens of thousands of dollars in extra costs for large groups coming to the state.

“Any of our Georgia cities that have a lot of convention and business and group travel, this is gonna be a serious effect to the business - both what we’ve got currently on the books and what we’ve got coming in,” he says. “We absolutely expect to see cancellations of major, major groups.”

The Tourism Leadership Council and the Savannah Chamber of Commerce have issued statements opposing the hotel-motel tax.

The tourism industry generates more than $2 billion for the Savannah area each year.

In a statement, Governor Nathan Deal says the bill addresses a key “safety and quality-of-life issue” for the state, and says he looks forward to signing it into law.

The governor identified transportation as a priority at the beginning of the legislative session. The bill also raises the state gas tax and imposes new fees on electric cars.