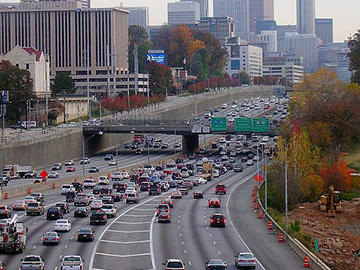 The Georgia Senate has made big changes to a transportation bill approved by House lawmakers.

The Senate Transportation Committee on Tuesday approved the Senate's version of the bill, which would convert Georgia's mix of taxes on gasoline to a 24 cent per gallon excise tax instead of the 29.2 cents per gallon tax in the House plan.

The Senate plan also creates a $5 fee on rental cars, a $25 "highway user" fee and takes $250 million annually from the state's general fund to pay off debt service owed by the Georgia Department of Transportation.

The House version gets rid of the state's credit for electric vehicle purchases and eliminates a tax break on jet fuel for airlines.

The Transportation Committee is expected to meet at 3 p.m Wednesday to review details and may vote on whether to proceed. The legislative session ends April 2.