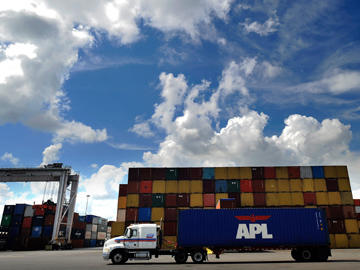 The Savannah area can look forward to a strong economy in 2015, according to an analysis by a local economist.

Michael Toma, an economist at Armstrong State University, says now that the Savannah Harbor Expansion Project is moving forward, the regional economy will benefit from more activity at the port.

"Late last year we got the word, so now it’s, "Dredge, baby, dredge," not, "Drill, baby, drill," he joked during a speech before the Savannah Area Chamber of Commerce on January 14.

In 2014, after many years of bureaucratic and legislative hurdles, the project received the necessary federal and state approvals to begin moving forward.

Toma says the region also is benefiting from a diverse economy with growth across several sectors.

"This year it’s better than, 'meh.' It’s better than OK. It’s gonna be a pretty good year," he said. "Primarily because the pistons in that economic engine of economic growth are starting to fire all consistently at the same time."

Toma said a thriving tourism industry, consumer confidence, and the deepening of the Port of Savannah are a few reasons for the strong economic forecast.