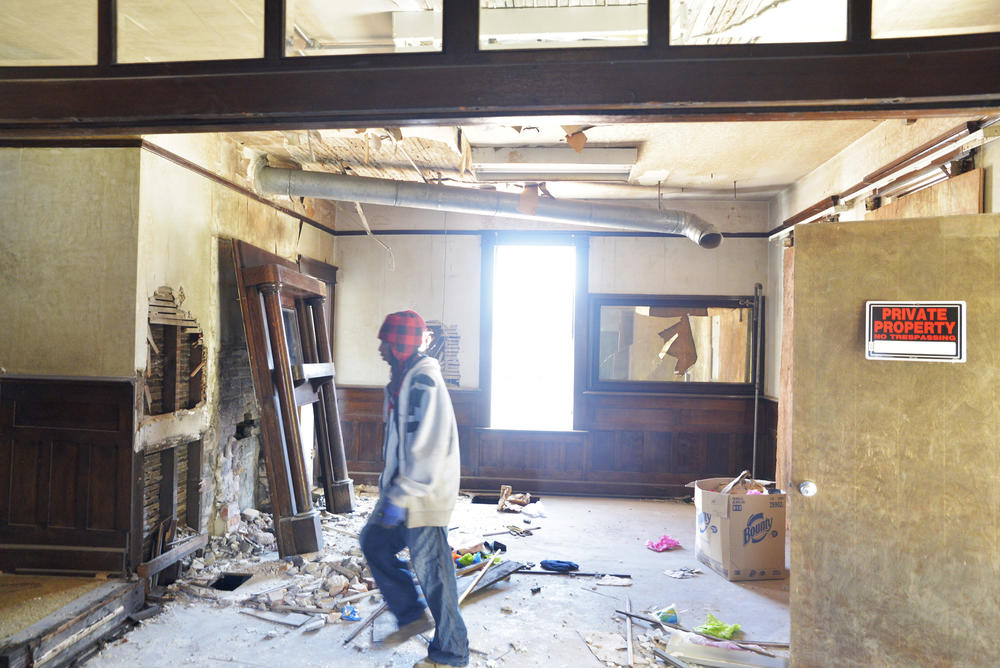 After months of wrangling and attempts to save it, a historic Macon home is being demolished.

The Douglass House is coming down after months of attempts at finding a way to both save it and make parking space for the doughnut shop planned for the historic church building next door.

Workers went inside to take the Douglass House down. Claw hammers and strong hands pulled dark stained wood off the walls of what was once the home of Charles Henry Douglass, once the pre-eminent black entrepreneur in Macon.

Hunks of plaster lined the floor and more than one heavy, mirrored mantle piece was propped up against the wall.

Outside a backhoe operator waited for the sign to pull the walls down. Also waiting out back was property owner Lou Patel. Patel watched while eating lunch on the trunk of his Mercedes. He said he wishes things had ended differently.

“Basically I tried every effect to save it, and Historic Macon, nobody stepped up, Patel said.

The issue ping ponged back and forth through planning and zoning for months. That board gave the Historic Macon Foundation its wish and denied Patel’s request for demolition. But a structural engineer found the building unsound. When Patel took that finding to the city, they said either fix it or tear it down. Patel says that was an easy decision.

“Obviously I’m not going to spend money to fix it,” Patel said.

The parking lot that will come next will serve the doughnut shop that will be put inside what was once the Tremont Temple Baptist Church. That building remains in place of brand new development because of a successful negotiation between Patel and other city stakeholders.

Patel expects demolition to take about a week. He says one of the mantles from the Douglass House might find it’s way into his doughnut shop next door with a sign saying “Douglas House Founded Here.”