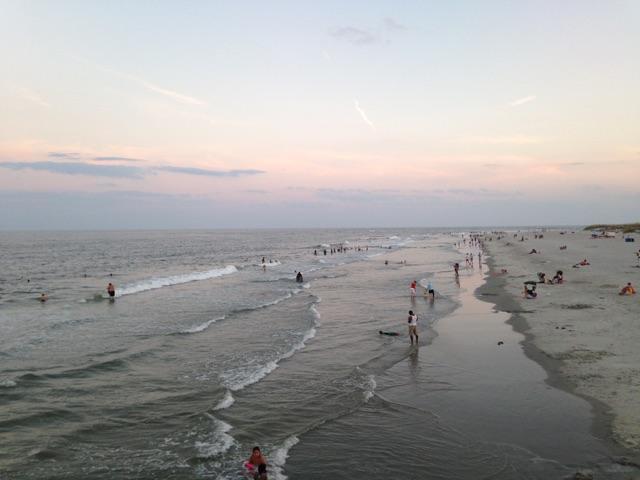 A report released Wednesday by the Union of Concerned Scientists examines how rising sea levels threaten to disrupt coastal communities.

The report, called "Encroaching Tides," says that high tides plus rising sea levels can be a dangerous combination. Flooding on some scale occurs about ten times a year in the Savannah area, according to the report.

Roger Weaver is the planning director in St. Mary’s, a coastal town in southeast Georgia. He has noticed the change in water level.

“We have some properties that were plotted, bought, and now are totally unbuildable because of the water rising,” said Weaver.

“We have scientists that can legitimately prove that there’s been change," adds St. Mary's Mayor John Morrissey,"now we need to deal with the change and not in some type of a panic mode twenty to thirty years from now.”

The town is working with Georgia Sea Grant, a group of programs set up to maintain sustainable use of coastal areas, to come up with solutions to potential problems regarding flooding.

Flooding along Georgia's coast is currently considered “minor” but in just thirteen years high tides are expected to cause “extensive” damage.

Jason Evans is an assistant professor of environmental science at Stetson University in Florida. He has researched rising sea rise levels at the University of Georgia. Evans said the highway leading to Tybee Island near Savannah floods 4-5 times per year, but within the next 50 years it could rise to 30-40 times per year.

“If we start seeing some acceleration that could go all the way up to one hundred times per year,” said Evans.

Tybee Island City councilman Paul Wolff says it’s not uncommon for roads on the island to flood up to four inches after high tide.

Researchers say future flooding may be so severe that entire new marshland areas are created where pine forests used to stand.

Savannah is expected to flood more than 30 times per year within the next 15 years.