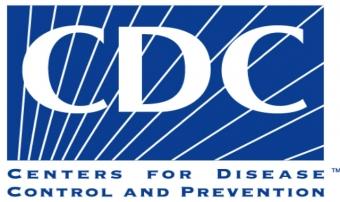 The head of the Centers for Disease Control and Prevention went to Capitol Hill Wednesday to testify about what he called an “unacceptable” series of safety breaches.

Dr. Tom Frieden, who heads the Atlanta-based federal health laboratories, was in Washington to address the mishandling of potentially lethal anthrax spores in June. Since that episode, the agency has revealed there have been other occasions in which scientists at the CDC have mishandled small pox and avian flu virus samples.

Appearing before the House Energy and Commerce Committee, Frieden made no excuses, and called the lapses unacceptable.

In the incident in June, dozens of CDC employees may have been exposed to live anthrax bacteria. The agency also revealed that this month a dangerous strand of the avian flu virus was crossed with a fairly benign flu sample.

Frieden has ordered a top-to-bottom review of what he calls the agency’s insufficient culture of safety. And he said several “troubling” problems emerged.

“A lack of proper protocol,” he said, ticking off what an initial review has revealed. “Incorrect inactivation procedures. Failure to insure we were transferring materials that were sterile when we thought they were sterile. Use of a virulent strain when a non-dangerous form would have been appropriate.”

Since that episode, the agency has said on other occasions CDC scientists mishandled small pox and avian flu virus samples.

So far, the missteps haven’t resulted in any deaths or illness. But CDC spokesman Tom Skinner, in an interview on Tuesday, said they show CDC scientists’ familiarity with dangerous bacteria is causing some of them to be lax about following procedures.

“It can lead to sort of a sense of complacency, ‘I know what I’m doing, I do it so much I just can’t make mistakes’ and that’s just the wrong attitude to have,” he said.

EXTRA: Jeanne Bonner appeared on Wednesday's edition of the public radio show The Takeaway to discuss the safety breaches at the CDC. Listen to the interview here.