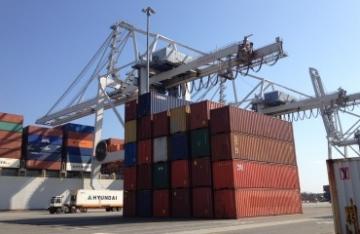 Truck drivers who haul goods in and out of the Port of Savannah are planning their second protest in several months for Tuesday morning.

This time, they’re calling on Georgia Ports Authority officials to meet with drivers to discuss their requests for better working conditions, including better pay and benefits.

Ben Speight is a Teamsters union organizer. He says many drivers feel ignored by the Georgia Ports Authority.

“The Port of Savannah would not function for a minute without port truck drivers hauling containers in and out of the port. They’re the heartbeat of the port.”

Speight says many drivers who are classified as independent contractors want to be treated as full employees with benefits like workers’ compensation and medical leave.

“They’re gonna be rallying for justice and equal access to all the workers’ rights that employees have under the law.”

A spokesman for the port says port officials do not get involved in labor negotiations between workers and private companies.