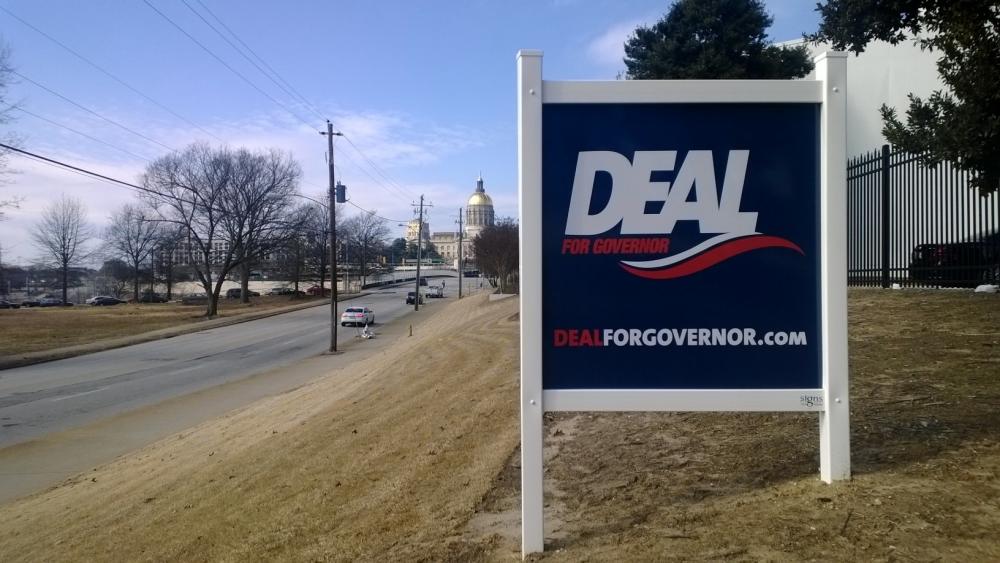 Tuesday is the last day Governor Nathan Deal can veto or sign bills into law. And some of the most controversial bills from the legislative session are still awaiting his signature.

In one pile are the bills where some question, however small, remains about a veto. These include a bill that would make Georgia the first state in the nation to require welfare and food stamp recipients suspected of drug abuse to submit to drug tests. There’s also a bill that would allow officials to erect a monument to the Ten Commandments at the state Capitol, which the legislature’s counsel cautions might result in a lawsuit. Another bill on his desk governs how private probation companies oversee Georgia probationers.

Then there’s a second pile of bills that Deal explicitly backs but which he hasn’t gotten around to signing. That includes bills barring state agencies from implementing the Affordable Care Act and prohibiting the Governor from expanding Medicaid coverage.

Deal is expected to sign all, if not most of them, before the end of the 40-day bill-signing period. He’s already signed a gun bill that’s notable for a provision that some say will let felons escape prosecution for possessing a gun illegally if they claim self-defense.

All those expected signatures have some experts wondering if the primary is pushing Deal too far to the right. Alan Abramowitz, an Emory University political scientist, says the gun bill isn’t popular among Georgia voters while Medicaid expansion has deep support.

“Governor Deal is no shoo-in for re-election and I’m a little surprised he would be focusing so heavily on the primary and not the general election,” Abramowitz said. “Some of these bills, I suspect, are not broadly popular. So the Governor is positioning himself for the primary but he may be creating problems for himself later.”

In the Republican primary, Deal faces State School Superintendent John Barge, and former Dalton Mayor David Pennington, who has Tea Party support.
Deal’s presumptive Democratic opponent Jason Carter, isn’t facing a challenger. But Abramowitz said the election also influenced Carter’s votes. He stepped down as a state senator to continue his run for Governor but not before backing the gun bill.

“I’m convinced if he were not running for Governor, he would have voted against that bill,” Abramowitz said. “If you look at the district that he represents in the state Senate, it is a heavily Democratic and liberal district.”

Every year, there are bills that appear likely to end up in the courts. Take, for example, the bill requiring some welfare recipients to undergo drug tests. Lawmakers passed a similar bill two years ago that Deal signed, but which was never implemented because a federal court blocked a similar law in Florida. The 11th circuit federal court struck down the Florida law because justices said the state lacked grounds for reasonable suspicion that welfare recipients are likelier than the general population to abuse drugs.

But experts say a whole bunch of vetoes isn’t likely. All of these bills were passed by conservative lawmakers, many of whom also face primary challenges.

“I think the only bill there’s a chance he will veto is the private probation bill,” said Tom Crawford, who writes the Georgia Report, an online political digest. “Simply because it’s an election year, I don’t think he’s going to take a chance….even if he doesn’t’ agree with them.”

“Usually this Governor has vetoed [bills] based on potential problems uncovered by his legislative counsel,” he said.

Either way, it won’t become clear until late Tuesday or early Wednesday what Deal has decided to veto.

“It’s traditional for a Governor to wait until the 40th signing day, the deadline day, to announce what he’s vetoed, and I suspect that’s what will happen here,” Crawford said.

Historically, Deal issues few vetoes. His spokesman Brian Robinson says that’s because the Governor works extensively behind the scenes to signal to lawmakers what he will and won’t sign.

“There are exceptions, but we try to avoid vetoes on the front end,” he said.

Last year, Gov. Nathan Deal issued five vetoes. He also released two signing statements that included reservations he had about the bills even though they earned his signature. There are also bills that will automatically become law even if Deal doesn’t sign them.