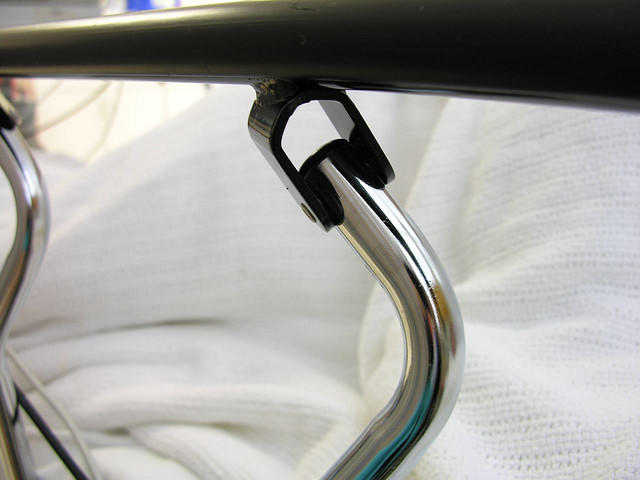 An independent reviewer reports that Georgia is failing to provide adequate supervision of individuals with developmental disabilities who are moved from state hospitals to community group homes.

The reviewer, in a report dated March 23, says there is an “urgent need to ensure competent and sufficient health practitioner oversight of individuals who are medically fragile and require assistance with most aspects of their daily lives.”

The reviewer, Elizabeth Jones, notes in the report that two individuals with developmental disabilities died shortly after being moved from Southwestern State Hospital in Thomasville, which recently closed, to community settings.

The report also points out that state officials terminated three providers of services for poor quality of care.

Frank Berry, commissioner of the state Department of Behavioral Health and Developmental Disabilities, said Thursday in an interview with GHN that the agency has halted hospital discharges of people with developmental disabilities into community settings until improvements are made.

The agency has also changed its executive leadership of developmental disabilities services, but said that change had nothing to do with the report by reviewer Jones.

The Jones report comes as an update to a groundbreaking 2010 settlement between the state of Georgia and the U.S. Justice Department. In that agreement, Georgia agreed to establish community services for about 9,000 people with mental illness, and to create community support and crisis intervention teams to help people with developmental disabilities and mental illness avoid hospitalization.

DBHDD’s Berry said Thursday that the state has met nearly all the goals on the mental health side of the agreement — providing support for people with housing and employment, and deploying treatment teams, case management, crisis stabilization units and other services.

Berry also said the state this year came into compliance with the Department of Justice on improving conditions and care in Georgia’s psychiatric hospitals.

But regarding community placements of people with developmental disabilities, Berry acknowledged that “we have not accomplished what we need to accomplish.’’

“I am very concerned about it,” he said.

It’s the second time the state has placed a moratorium on placing these individuals in community group homes, apartments or what are called host homes. “We will not move individuals out [of institutions] until we can ensure they are moving into high-quality placements,” Berry said.

There are still 300 people with developmental disabilities living in three state institutions — in Augusta, Milledgeville and Atlanta.

Berry said the state would concentrate on training and assisting service providers to improve the level of care.

Jones says in her report that the state agency has shown “good faith, energy and diligence’’ in executing its part of the Justice agreement. And she adds that DBHDD has invested additional resources and used consultants to correct “systemic deficiencies.”

Yet those actions “have not yet had a significant impact on the services and supports available to individuals placed from the state hospitals,” she says.

Jones also referred to a report done by Georgia State University for the state. That report, dated December 2013, found that many residences were not clean, had safety issues or didn’t have adequate food supplies. Many individuals lacked access to dental services, it added.

Most people in the Georgia State study received psychotropic medications, but many of them did not have a confirmed psychiatric diagnosis.

The Jones report notes that many individuals with developmental disabilities have had histories of lengthy institutionalization, as well as major medical conditions.

But many did not get needed occupational, physical or speech and language therapy, and mealtime protocols often were not followed in group homes or other community settings.

Jones recommends a stronger transition planning process, an examination of available clinical providers in the community, and an independent consultant to conduct mortality reviews for people under the settlement agreement.

Berry told GHN that he agrees with the death review recommendation. He said he believes that the two patients previously noted are not the only ones to have died after the transition into community living, and he said he would respond to GHN’s query on the exact number when he returned to his office.

He added, however, that large numbers of people are doing well living in the community.

“There are an awful lot of positive things,’’ he said.

Meanwhile, the state announced that the current head of developmental disabilities services, Dr. Charles Li, will return to his former job as director of hospital operations, and that Dan Howell will serve as interim assistant commissioner of the Division of Developmental Disabilities as a national search for Li’s successor takes place.

The turnover shows a lack of stability, said Eric Jacobson, executive director of the Georgia Council on Developmental Disabilities. “That leads to a lack of vision and leadership to determine where we’re going.”

He said the individuals being moved out of hospitals now “are the most medically fragile. They will be the most difficult individuals for the state to transition into the community.”

He nevertheless reiterated his support of the settlement goal to move all people with developmental disabilities into community settings. “We believe no one should be living in an institution.”

Talley Wells, director of the Disability Integration Project at Atlanta Legal Aid, said the Jones report shows that state officials are “working incredibly hard, but their hard work is showing how much more needs to be done for people with developmental disabilities.”