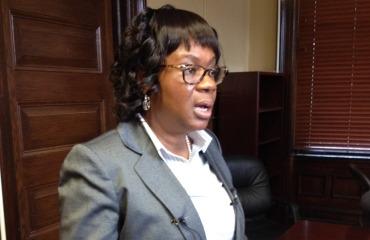 Months after Savannah’s police chief resigned amid scandal, the department is looking nationwide for a new leader.

Savannah City Manager Stephanie Cutter says she’ll advertise for the position at least through May 16.

“This is a very, very critical position,” Cutter says. “We have gone through a lot lately, but I’m not focused on the past and what used to be. I’m focused on tomorrow and what can be.”

Cutter says the next leader of Savannah’s police force could come from inside - or outside - the department.

“I think you have qualified applicants internally as well, and I think they should be given an opportunity to compete - just as someone from the outside,” she says.

Cutter is asking residents of the area to fill out surveys sharing their opinions about what kind of person should lead the department.

“I will look at all of the feedback,” Cutter says. “And when I sit down with the top candidates, I’m going to be looking for those characteristics.”

The surveys are available online and through the City of Savannah until April 25.

Cutter says she hopes to hire a new police chief by September.