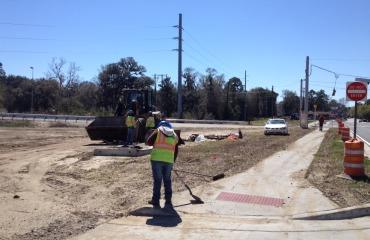 The final phase of Savannah’s Harry S. Truman Parkway extension is opening to traffic at 10 a.m. Friday - two weeks after transportation officials held a ribbon-cutting ceremony to celebrate it.

The five-part project is decades in the making. Spokeswoman Jill Goldberg of the Georgia Department of Transportation says the final stretch, built largely over marshy wetlands, has been “complicated.”

"We had to build some temporary bridge structures and there’s a lot of mitigation and environmental issues that were going on with the project," she says. "And they had to all be taken care of before we could complete it."

Together, all five sections of the Truman Parkway will carry traffic between downtown and Savannah's south side.