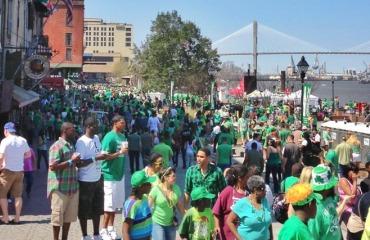 You'll be able to get green beer at bars in Savannah this Sunday, under a bill signed into law by Gov. Nathan Deal on Thursday afternoon.

The new law allows bars to sell alcohol on Sunday during the St. Patrick’s Day holiday weekend, defined as March 16-18.

The Savannah City Council voted in early February to permit bars to operate during the festival.

Savannah legislators pushed for passage of the law. Savannah hosts one of the nation's largest St. Patrick's Day celebrations.