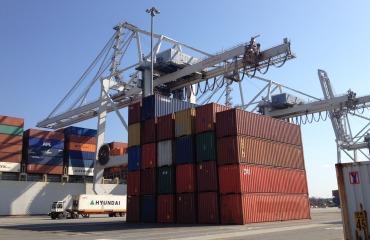 Gov. Nathan Deal says Georgia will move on its own toward deepening the Savannah harbor as much as it legally can with the $652 million project stuck at the federal level in what he calls "regulatory purgatory."

Deal said in a letter to Army Secretary John McHugh that the state "cannot wait any longer" to expand the busy shipping channel to the Port of Savannah. The Obama administration says it won't seek funding for the federal government's 60 percent share of the project and won't allow Georgia to spend state money on dredging until a stalled water-projects bill clears Congress.

In a letter dated Tuesday, the governor wrote that Georgia will start buying land for wetlands mitigation and funding other project components that don't require federal cooperation.