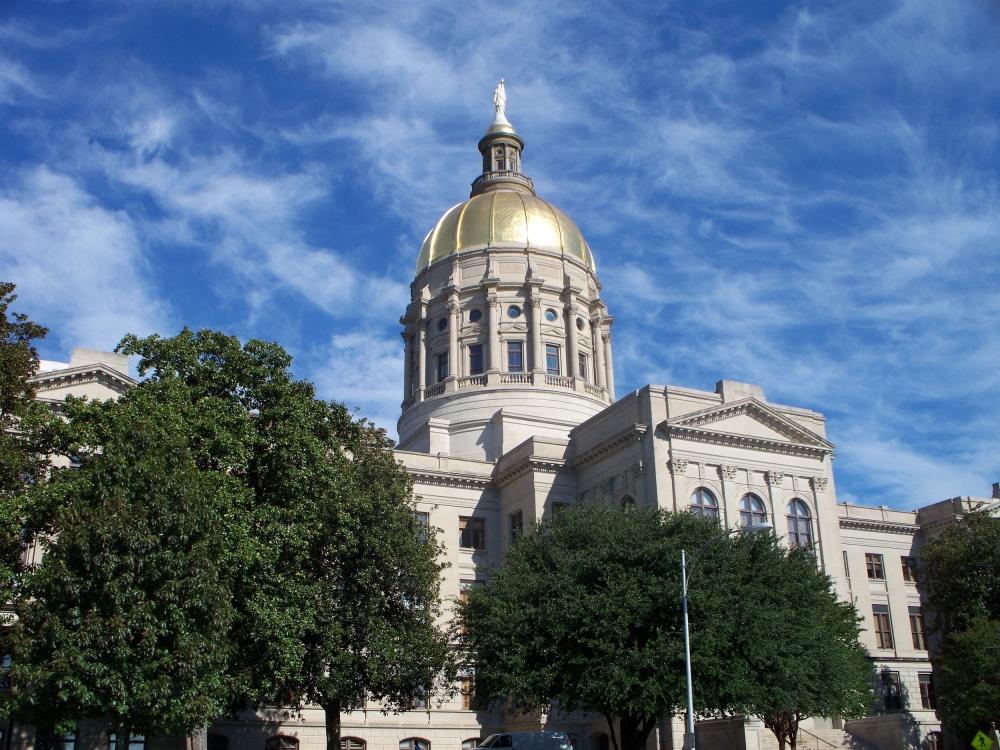 Georgia lawmakers have made it to the other side. That is, the other side of so-called Crossover Day, which took place Monday at the state Capitol. They are now three-quarters of the way through the 2014 legislative session, and barreling toward the end, currently scheduled for March 20.

Any bill that didn't pass one of the General Assembly's chambers Monday won't have a clear shot at becoming law in the final 10 days of this year's 40-day legislative session. That is to say, any bill that didn't pass by Monday will die, if its sponsors are unable to find another bill onto which they can graft the measure. It's a maneuver known as finding a vehicle, and it's often a way for controversial bills to get a second chance.

Crossover Day is usually one of the longest days of the session at the Gold Dome. And on Monday, lawmakers began voting on bills mid-morning per their normal schedule. But the Senate adjourned around a little after 6 p.m. And the House adjourned well before midnight. That's early for the Georgia Legislature.

The session has been moving quickly because lawmakers want to adjourn so they can raise money for their re-election campaigns. And indeed, the 2014 election was never far from lawmakers' minds. As one lobbyist put it, "It's the slowest Crossover Day in at least a decade."

A Capitol staffer agreed, saying, "They don't want to do anything that's going to cost them a vote."

That means, fewer bills and less debate. But that doesn't mean there weren't a few bills that raised hackles.

On the House side, lawmakers spent hours debating several bills: the so-called medical marijuana bill, a measure that would block the local implementation of the Affordable Healthcare Act, and a measure that would strip the Governor's office of the power to expand Medicaid rolls.

Controversy, Thy Home Is In the Medical Field

Predictably, the abortion debate in the Senate was heated. But this year, the Democrats raised the bar by trying to place wire coat hangers on every Senator's desk. Their aim was to say Republicans want to send Georgia back to the days when women had to undergo risky illegal abortions, often by means of a hanger.

"It's not about what is permissible or what is not," he said on the floor of the Senate. "It's simply a matter of, who is going to pay for it?"

But Crane also opposes abortion, and he didn't shy away from giving his opinion on the issue. And the hangers.

"It's evil. It's evil. This isn't election-year politics," he said of abortion.

And since this was Crossover Day, he didn't leave it there.

"Wave around a vacuum. The method of choice for abortion - do you know, why don't we put that up on the screen? - is evacuation. Where they put a vacuum into the uterus, and they suck a child apart piece by piece."

The debate did have a few nuances. While the chamber's Democrats called the bill another skirmish in the GOP's war against women, Freddie Powell Sims, a Dawson Democrat who represents District 12, saw the issue a bit differently.

"SB 98 is a bigger battle in the overall campaign against this state's working class poor and middle class," she told her colleagues. "It does not improve the quality of life of the working poor in district 12."

She added, "I don't know who the bill continues to target year after year."

What she said must have resonated because Lt. Gov. Casey Cagle, a Gainesville Republican who presides over the Senate, took the unusual step of saying, "Thank you, Senator, for the way you conduct yourself."

From Abortion To Marijuana

Another medically-related bill that captivated lawmakers Monday was a measure that would legalize medical marijuana for treatment of a rare seizure disorder. Some lawmakers have voiced opposition because the cannabis oil in question is an untested drug that's not approved for this use by the Food and Drug Administration.

The bill is sponsored by Macon Republican Allen Peake. He took inspiration from Georgia families whose young children suffer from disabling seizures that cannabis oil appears to treat.

He acknowledged the speed at which the bill has moved through the legislature by saying, "Let me address the elephant in room: we are moving way too fast."

But he said the bill provides for strict oversight, and is narrowly focused.

“It’s not a slippery slope to legalizing cannabis in general,” he said. “It doesn’t provide immediate access for those who need it.”

Rep. Sharon Cooper, who chairs the House’s Health and Human Services committee , voted for the bill but raised some concerns. She said the bill’s supporters are giving the families false hope. She also said the solution proposed in the bill isn’t the only way to help children with these disorders. And even if Gov. Nathan Deal signs Peake’s bill into law, it will take time for families to obtain the oil.

“If we raise these families’ expectations that they are going to get something quickly – even if everything sails through and this can get implemented, it will take months or a year or more, and that really bothers me,” the Marietta Republican said.

And she said no one can guarantee cannabis oil won’t have side effects or provoke unintended consequences.

After the vote, Peake and House Speaker David Ralston said the bill still faces an uphill battle in the Senate.

“I hope you can find someone over in the Senate to champion this bill,” Ralston told some of the bill’s supporters.

Medicaid Expansion And Other Bills That Passed the Legislature Monday

The House also passed a bill that would prevent a sitting governor from expanding Medicaid rolls. Under the Affordable Care Act, the federal government would pay the full cost of new enrollees in Georgia for the first three years. But Republicans worry the federal government will eventually scale back their matching funds significantly, leaving Georgia to hold the bag.
Democrats have cried politics over the bill, and have questioned the point in continuing to fight what's known as Obamacare.

In presenting the bill, Jan Jones, the Speaker Pro Tem and a Milton Republican, repeated what the Georgia GOP has long said: give the state the money in block grants to distribute as it sees fit.

“Our state could make great progress if we were given the opportunity by Washington, D.C., to devise our own solutions,” she said.

Rep. Ed Lindsey, an Atlanta Republican, said he supports Gov. Nathan Deal but his one voice can’t be the final one, apart from the legislature, on such a big decision.

Democrats said the measure is just one more obstruction of the federal healthcare reform act.

Here are some of the other bills lawmakers making news Monday:

HB 772, which would require applicants for welfare to take a drug test to receive the benefits, passed. A similar law is already on the books in Georgia, but has been held up by the courts. Some fear this is an end-run around judicial indecision.

HB 707, which would prevent any state agency from carrying out aspects of the Affordable Healthcare Act, passed the House.

HB 1080, which would authorize a statue of the Reverend Martin Luther King, Jr. on state Capitol grounds, passed the House. A similar bill passed the Senate last year.

SB 281, which would require the state employee healthcare plan include a high deductible option with health savings account, passed.

SB 214, which would allow winners of the state lottery to remain anonymous if they donated 25 percent of their winnings back to the Lottery for Education Account, did not come up for a vote in the Senate, even though it was on the calendar.

SB 404, which would have made it more difficult for immigrants to obtain Georgia drivers licenses, didn’t make it on the Senate’s calendar for Monday. But its sponsor, Sen. Bill Heath, a Bremen Republican, tried to add it to another bill via an amendment from the Senate floor. It failed.

Some of the session’s hot-button measures – including a bill that would allow guns in churches and bars – didn’t come up on the floor of either chamber Monday. That’s because those bills had already passed one chamber and hence weren’t in jeopardy of dying for the session. But now lawmakers will turn their attention back to those bills.

Other measures raising eyebrows died because of a lack of support. For example, one of the so-called religious freedom bills failed to make it onto the Senate calendar for a vote Monday. Josh McKoon, a Columbus Republican, is the bill’s sponsor. He held a press conference Monday afternoon where he announced he will travel the state for the rest of the year to gauge support for the bill among voters. His measure would allow business owners to refuse service to customers if they believe it would violate their religious beliefs. But others say it’s a tool for the religious right to discriminate against same-sex couples.

Lawmakers are in session every day of this week. And the Senate could take up the 2015 budget as early as Wednesday. The sprint to March 20 begins in earnest.