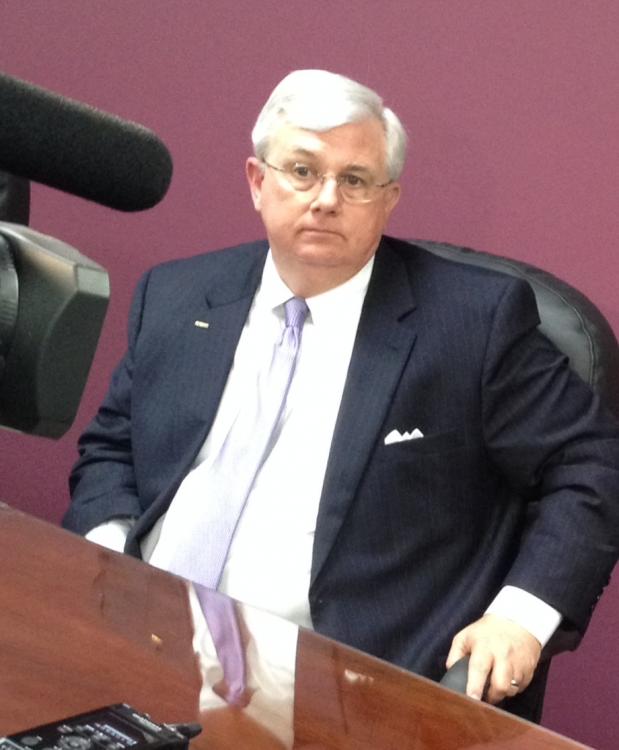 Georgia's Attorney General will appoint a special prosecutor to look into concerns about spending at Bibb County schools. Outside auditors say the district's now-former superintendent Romain Dallemand spent $26 million without prior school board approval.

Bibb County's current superintendent Steve Smith says he met with state and federal prosecutors Monday. “I have the utmost confidence in the DA and U.S. attorney to make the decision that needs to be made into whether this warrants an investigation or not.” The special prosecutor will determine whether to pursue any civil or criminal charges.

On Monday Smith met with the media to answer questions about the audit. When asked if he thought Dallemand was guilty of any criminal wrongdoing he said “I know that there was a violation of ethics. I know there were violations of policies. I think you would more or less have to have more power than what the school board has to find out the truth.”

Smith also blogged about the audit:
The audit has been a work in progress for several months. The audit includes nine findings that involved improper purchases that exceeded the previous superintendent's spending authority. At the time of these expenditures, the spending authority for the superintendent was $500,000, but since then it has been curtailed to $100,000.
The Board approved the audit by an 8-0 vote. As a result of the findings from the audit, the Board officers and I met with District Attorney David Cooke and U.S. Attorney Michael Moore and presented them with copies of the audit and accompanying documents. Whether any criminal violations occurred in the audit will be determined by the DA and/or the U.S. Attorney.

We have made significant progress toward rectifying some of the past problems associated with procurement in the Bibb County School District. We have employed a procurement director who oversees all of the purchasing to make sure we are following proper protocol and that we have established new procedures regarding purchasing. The Board has received governance training to know their role, as well as the roles of the superintendent and system administration, when it comes to purchasing.

I am not against an investigation into these findings; however, it is not my decision to make. We have presented the material to the appropriate authorities and I have full confidence in their abilities to render that decision. Select staff from our district have been through enough over the course of the last several years. They have been investigated multiple times through the McGladry report, and through other private investigations. I have full confidence in our employees and their ability to do their job in the most professional manner.