WORKING: When Your Boss Doesn't Like You, What Do You Do? 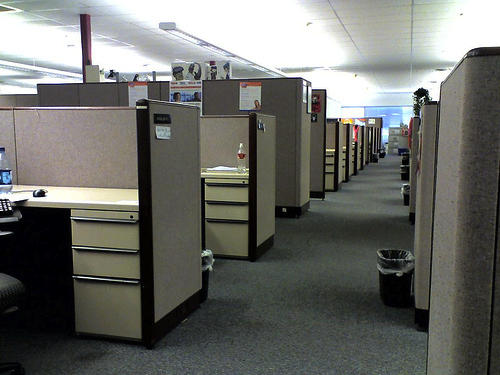 Brandon Smith is often asked how people can tell if their boss doesn’t like them.

He’s asked so frequently, he has developed a few tell-tale signs (the highlights are here, in last week’s Working conversation). And when it happens, Smith—a career coach, leadership consultant and professor at Georgia State and Emory universities—said the employee must get to work repairing the relationship.

“You’ve got to get this better,” he said. “Either that, or you have to find another [job].”

And the first step is seeking out more time with the boss.

“You can’t change that [negative] impression that they have of you if you can’t get face time,” Smith said. “But minimize the face time.” (Seems counterintuitive, right?)

“If they don’t like you, the last thing they want to do is spend an hour and a half with you or two hours with you. Don’t try to make up for lost time by having a huge lunch meeting,” he said.

Instead, Smith advocated that employees have more frequent interactions that are brief and positive.

“Have them always add value,” he said. “Maybe you swing by and say, ‘Hey, I dropped that report off on your desk. I know you’re probably busy; I’m not looking for a response now. Just wanted to let you know it’s there and I’m available if you need anything from me.’”

Bite-size encounters like that can start to change a boss’s mind, Smith said.

Smith said employees can also look out for their bosses—send them a helpful article, share with them a useful conversation or talk positively about their bosses to other people.

“Bosses like employees that they feel like are in their corner [and] that have their best interests in mind,” Smith said.

Bosses also like people who work the same way they do, Smith said. So employees should start taking notice of how they like to get work done and what looks like good work to them.

“Watch how they like to position themselves and the work they’re responsible for, and try to emulate that,” he said. “They’ll be more likely to say, ‘You get me. I like the way you work.’”

Smith said all bosses won’t be willing to reconsider their opinion of an employee, so it’s best not to invest too much time turning the relationship around.

“If you work on [the relationship] really solidly for six months, and if you don’t get any kind of positive blips—anything positive—you probably are dealing with a boss who has already made up their mind about you, and they’re not open to seeing you change,” Smith said.