Guns in Bars Trend Catches on in Georgia 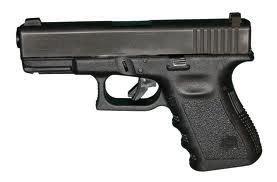 Georgia is on track to adopt a law that would allow guns into places that have always been off-limits to firearms.

If the Safe Carry Protection Act passes, Georgia will join a short but growing list of states that are allowing guns at more and more places.

Under the new law, bars, churches, government buildings, and non-secure areas at airports would no longer be gun-free zones.

The law would also reduce the penalty for bringing a gun onto a college campus to a misdemeanor that carries a $100 fine, and people will be able to avoid arrest for trying to take a gun through airport security checkpoints if they say it was an honest mistake.

Opening bars and churches to guns is a relatively new phenomenon. For about two decades, Maine was the only state that specifically allowed guns in bars, which has been on the books in the Pine Tree State since 1989.

Many political experts said that a legalization wave in other states started when gun-rights groups made a push in the past decade to extend the list of places where firearms are allowed.

As a result, at least six other states jumped on that bandwagon. Arizona legalized guns in bars in 2009. Tennessee, Virginia, and Ohio followed suit, along with North and South Carolina, where Gov. Nikki Haley signed a guns-in-bars bill on Feb. 11, 2014.

Georgia could be next in line, if the state Senate approves the Safe Carry Protection Act that the House passed on Feb. 18. A similar bill is also moving through the legislature in Kentucky.

At least five states specifically said “no” to guns in bars. More than a dozen other states allow guns in restaurants that serve alcohol, but not in bars.

There is a big caveat, though. Many states that OK’d guns in bars also prohibit gun owners from drinking while they are packing heat.

After the state passed carry law, State Rep. Curry Todd was arrested for carrying a firearm and driving while intoxicated. Ironically, he repeatedly argued during a debate about the law that gun owners are responsible and would not drink while carrying a firearm.

But do guns make bars more dangerous, as opponents claim?

The information from the states that legalized guns in bars is very limited, partly because many states do not keep separate crime statistics for bars. However, Richmond Times-Dispatch reported that gun incidents in Virginia bars declined by 5.2% in the first year after that state allowed guns in bars.

Some second-amendment advocates in Georgia say opening bars and churches to guns is about leveling the playing field.

Jerry Henry, executive director of gun advocacy group GeorgiaCarry.org, told GPB’s program On the Story the proposed law would treat bars and churches the same way as any other place in the state.

Henry also said many bars look very similar to restaurants, where guns are legal in Georgia.

“If I come to Applebee’s, it is a restaurant, but there is a bar in the middle,” he said. “So is it bar? Is it a restaurant? It’s not clear”

Henry also pointed out that legal gun owners can be arrested for mistakenly walking with a concealed gun into a place that they thought was a restaurant, but it turned out to be a bar. He said the proposed law would protect them from that.

But Rev. Julie Pennington-Russell, the lead pastor at First Baptist Church of Decatur, doesn’t agree with the pending gun legislation.

She told GPB that if one compares the number of shootings with the number of church services held across the nation, the chance of being attacked in a church comes down to about .00074%.

Pennington also says allowing guns into churches is against the church spirit .

“Churches are sanctuaries that are open to everyone and people should feel welcome,” she said, adding that bringing guns to churches may change that sanctuary environment.” said Pennington.

She says Second Amendment rights are not absolute, but they need to be regulated just like all other constitutional rights.

“First Amendment doesn’t give you the right to yell ‘fire’ in a theater,” said Oliver.