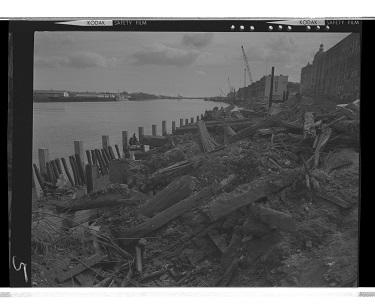 Architect Eric Meyerhoff and his business partner persuaded the city of Savannah to preserve and restore its historic riverfront in the 1970s. The more than $7 million project was completed in 1977. Meyerhoff has donated a collection of photos of the area from before, during, and after the project was finished. They're now housed at Savannah's City Hall.